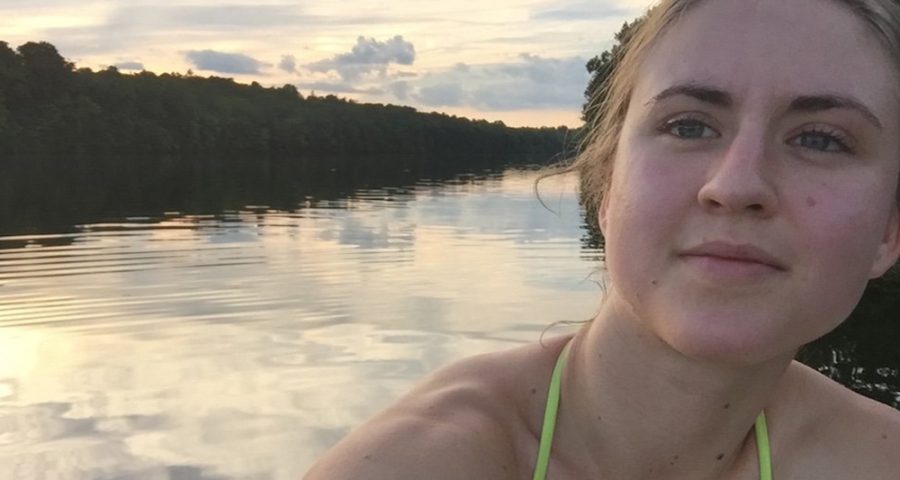 Like a lot of folks, I first got acne as a teenager. I figured I’d outgrow the condition with the rest of my awkwardness, but even as I got older and quit wearing cargo shorts, the pimples stuck around. They dotted my T-zone, burst across my chin, and then appeared on my chest, arms, and back.

With time, the acne on my face diminished to a couple occasional suckers, but it remained stubborn on my back, especially. I gave up trying to hide it and wore tops and dresses that showed my bumps and scars, figuring I’d run out of options.

Enter a dark patch of skin on my bikini line and a regular check-in with my dermatologist this summer. She assured me the rash was nothing serious, just an excess of naturally occurring yeast that often flares up with heat and humidity. She told me to pick up a bottle of Head & Shoulders for its active ingredient, zinc pyrithione, which kills yeast and fungus. (Fungus is a major contributor to dandruff.) I was to rub it directly onto the patch of skin, let it sit for a few minutes, and rinse it off.

The patch was quickly gone, and I had a sudden flashback to a summer in college when my acne had mysteriously cleared for weeks. Like any broke student, back then I often stole my roommate’s shampoo (sorry!). Yep, it was Head & Shoulders. So I decided to give it another go and use it on my body again. Within days, I had less swollen red lumps on my shoulders. Within two weeks, they were completely gone.

RELATED: 7 Things Your Dermatologist Is Dying to Tell You About Your Skin

How the heck did it work, though? “Yeast on the skin can invade hair follicles, causing pus-filled pimples,” says Joshua Zeichner, M.D., a New York City dermatologist. Basically, the same yeast that caused the rash on my bikini line was responsible for the mess of stubborn pimples on my shoulders.

Zeichner’s advice to me was this: Use the dandruff shampoo daily for one to two weeks, then twice weekly for maintenance. I should let it sit on my skin (“sing the alphabet” while waiting, he says) before rinsing, so it has enough time to penetrate the hair follicle. I’ve actually since switched to shampooing with Head & Shoulders. I’ve found that rinsing it from my hair and letting the soapy water run over my shoulders and chest keeps my acne at bay.

If you’ve tried everything for your body breakouts without success, you may want to give this a try yourself. After all, what do you have to lose?

This article originally appeared on Womenshealthmag.com.