Wearing and buying wigs can be a lot of fun, but as an avid wig wearer, I've always wondered what people do with the quality units they no longer want or need. You can hand off the extras to a friend or family member, or if you're lucky, you can sell them for a quick buck. But there's another option, too: you can donate them to the Black transgender-led collective For The Gworls (FTG) for their newest initiative, Laced Together, which provides Black trans folks with free wigs.

The idea initially came from makeup artist Julissa Veras, who was already donating wigs on her own. She would reach out to friends who had extra wigs lying around that they could afford to give away. Then, she would gift those wigs to Black trans people in her community who needed them. 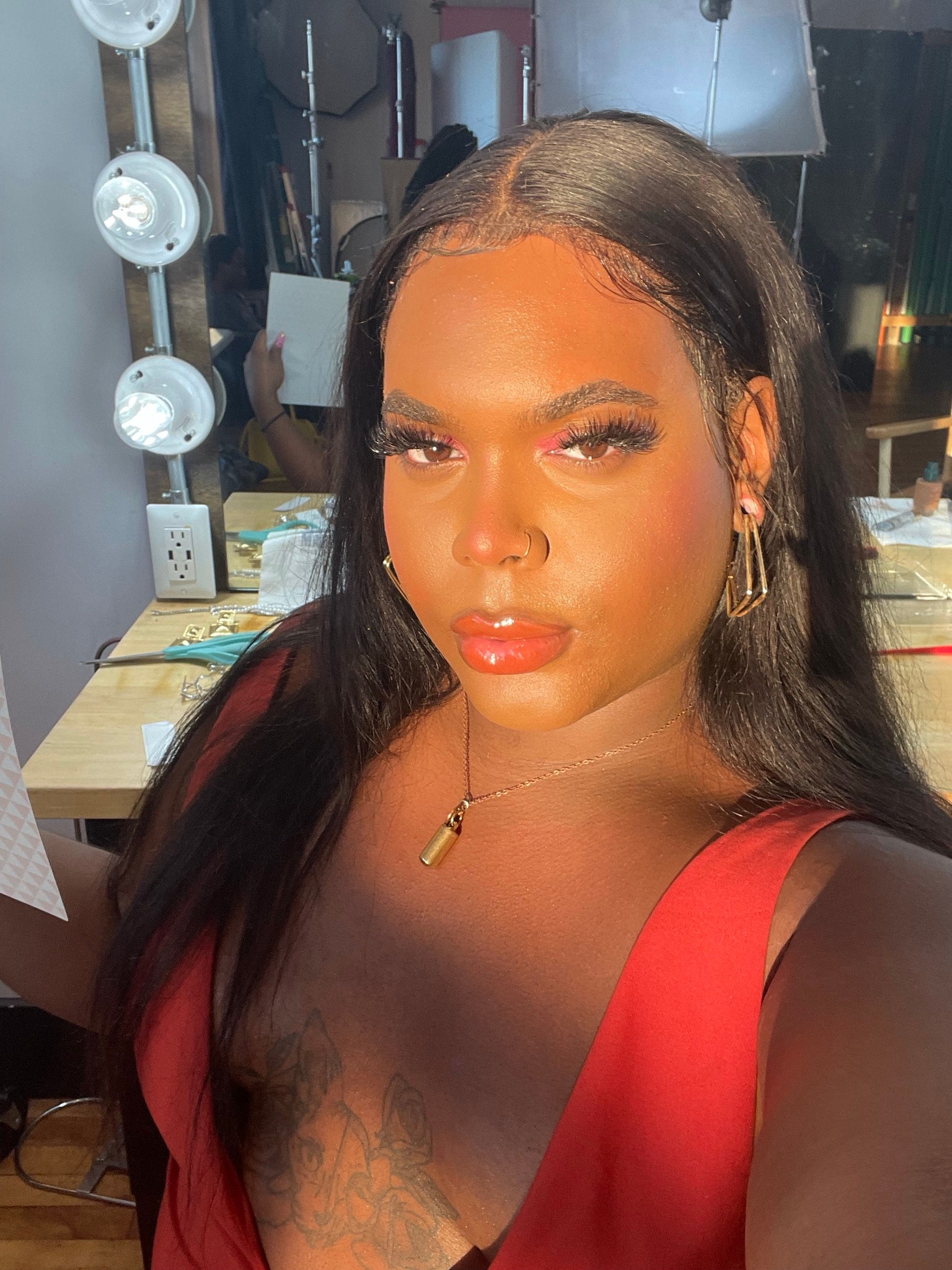 Julissa Veras, founder of Laced Together.

The idea started largely as a project for safety. As a Black trans woman herself, she knows firsthand the difficulty of navigating the world as a trans person and how something as simple as a wig can impact the day-to-day safety of a trans person. In her opinion, "the world isn't changing fast enough," so she wanted to find a way to help, which is why she started reaching out to folks for their old wigs. "Assimilation into the culture or into society in general, as it pertains to gender identity, is our lives. It's important," Veras tells Allure via a phone call. "It is literally the difference between us potentially getting harassed in the streets versus us being able to walk in the streets comfortably without anyone bothering us or saying anything to us."

Though she loved the side project, she quickly realized that it wasn't something she could do on her own and that she needed additional assistance if she wanted to expand. So she reached out to friend and founder of FTG Asanni Armon to see if they could partner up. "They do exactly what I needed in such a big way," Veras explains.

In July 2019, Armon hosted a rent party to help two friends that were facing eviction, and that's where For the Gworls was born. From there, the FTG team continued to collect money for the mutual aid fund through other fundraising parties, donations, and merchandise sales. Since then, through its fundraising efforts, For the Gworls has managed to raise over $1.5 million since it first started to help Black trans folks pay for rent and medical procedures, plus fund initiatives like Laced Together. 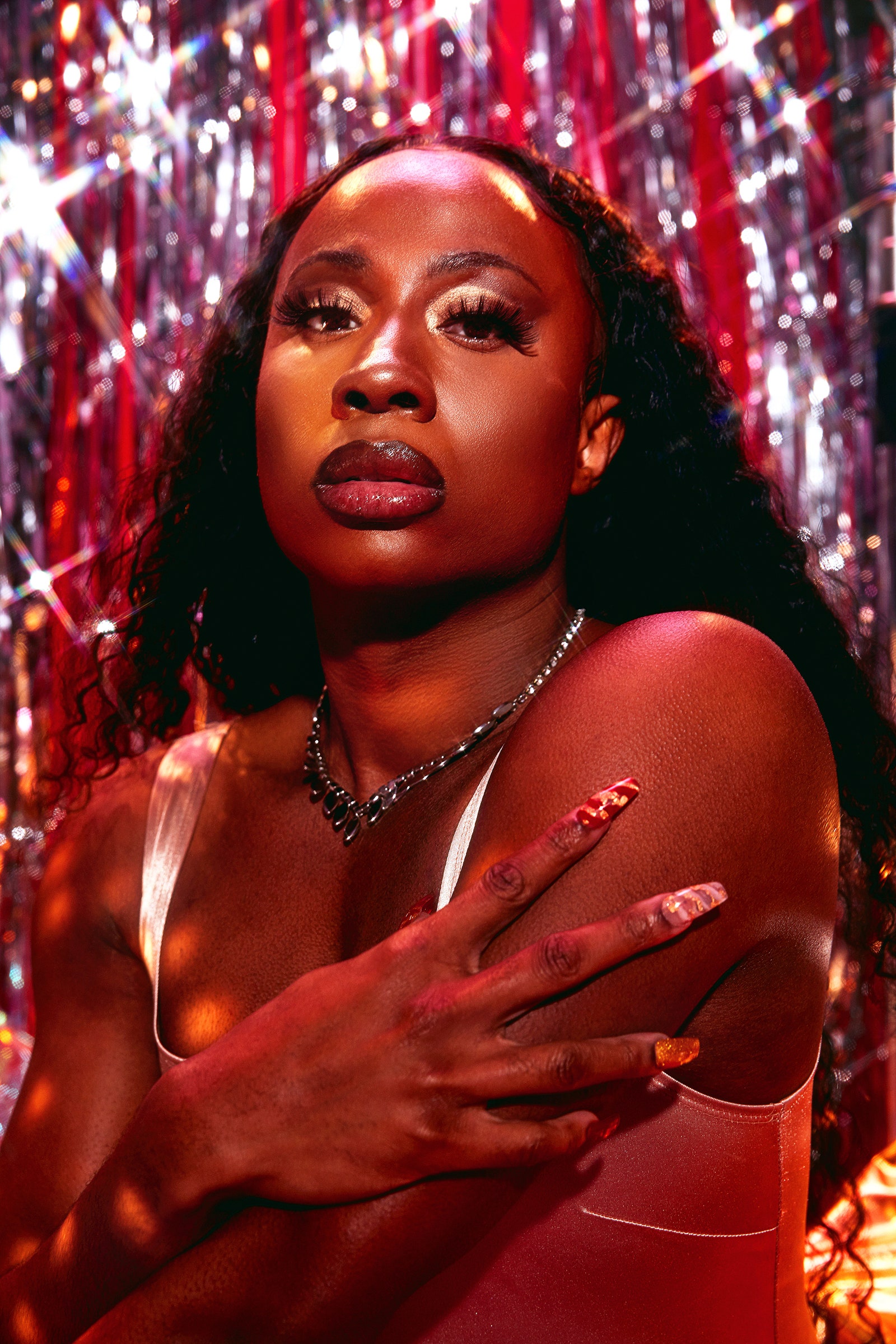 Asanni Armon, founder of For The Gworls

The partnership with Veras made perfect sense once she shared her idea with Armon during one of their parties, and their "spirit guides," as they tell Allure, further confirmed it. After receiving a message in a dream to connect Veras with their fiscal sponsors and receiving confirmation in a tarot reading, Armon knew it was time.

"Overall, I think it's just one of those things where we know what, for Black trans people who identify on the femme side of the spectrum, what it means to.. be able to walk around the world and feel safe and feel affirmed… and how important that is to one's overall identity," Armon shares. "And that's often something that Black trans people don't really have access to because of how expensive it is to buy wigs and get wigs revamped and even have access to wigs." So the duo connected and worked together to launch Laced Together on November 1.

The process of donating a wig to Laced Together is fairly simple. On For the Gworls's website, you'll find the Laced Together: High-Quality Wigs Application, which both donors and those looking for wigs can fill out. Once the form is submitted, Veras will reach out to coordinate the wig's shipping. The wigs get shipped directly to her, and donors are reimbursed for the mailing costs, which are covered by FTG. 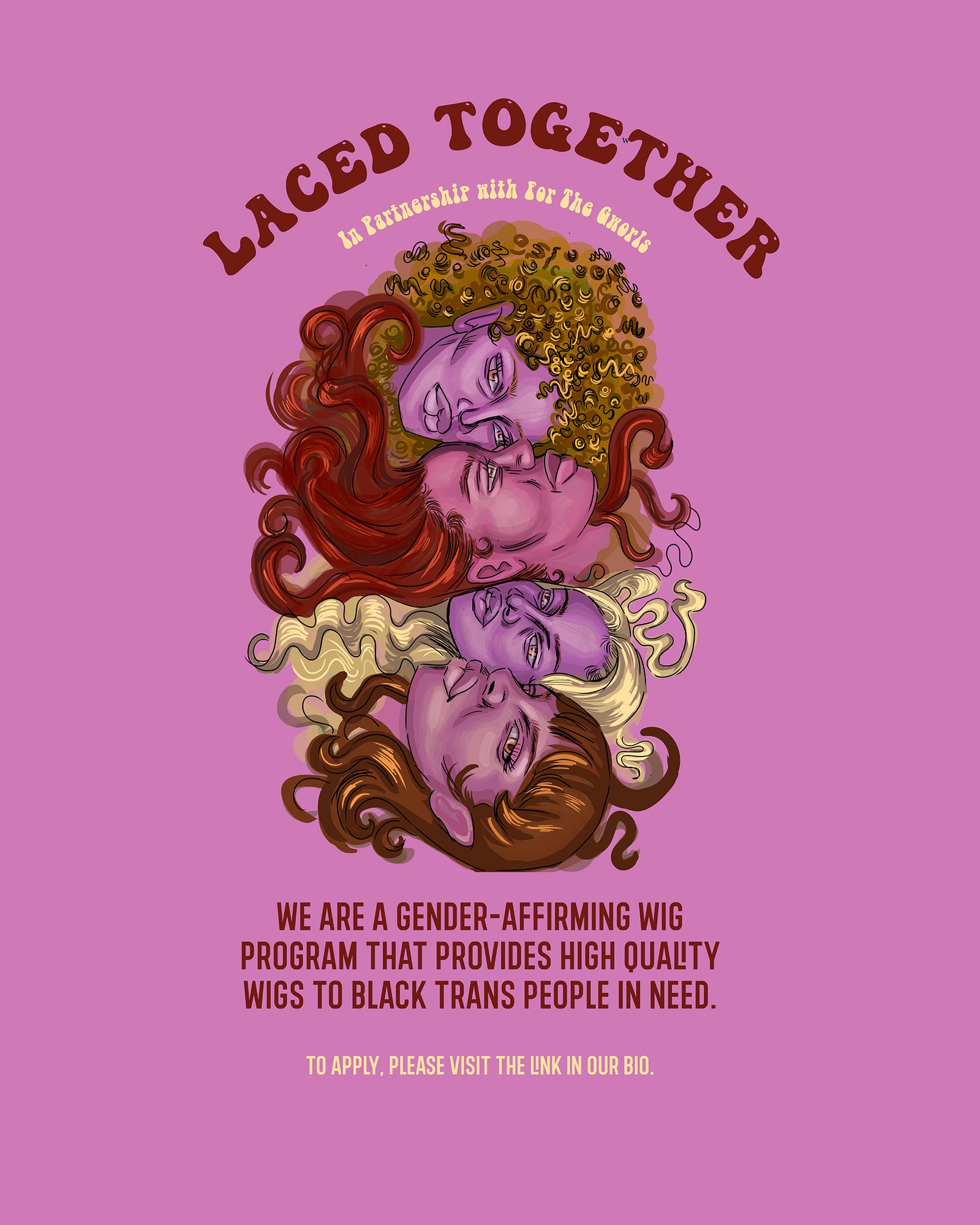 Veras examines each wig herself and cleans them up as needed to ensure they are quality units before sending them out to applicants in the program. Sometimes that even includes reconstructing a wig or making an entirely new one. During our call, in fact, she was in the middle of combining two donated wigs into one. That process can vary depending on the state of the wig, but for this wig, she removed bundles of hair from one wig and added them to another by hand. "It's a very tedious task, and it's just me doing it," she shares. "But I would rather take my time to send someone something that's going to help them versus just sending them something that they're gonna end up wearing once or twice and getting rid of."

After ensuring the wig is of great quality, it is shipped out to applicants for free. Veras will typically ask applicants what style of wig they are interested in and notify them about what's available at the given time. She will try her best to fulfill all requests, but if the type of wig you want isn't available, you'll be added to a waitlist. Once she's able to acquire the wig of your choice, then she'll reach out.

If you're looking to donate wigs, there are a few things to keep in mind. If you're sending in a synthetic unit, Veras recommends it be brand new rather than old because synthetics wear out easier. She's fine with used units made from human hair because they can be easily reworked. You can even send separate bundles of hair, which she can use for wig-making. "It really is more about sending me what you have, and I will make something beautiful out of it," she explains.

Laced Together is open to folks who live in the United States, whether they are looking to donate or they're a Black trans person in need of a quality wig. If you don't have a wig but still want to support the cause, don't worry; there are other ways to get involved. You can donate money directly to For the Gworls to help fund the many programs they have, including Laced Together. These funds provide Veras with the means to send donors shipping labels, ship wigs to applicants, and reconstruct the donor wigs as needed. 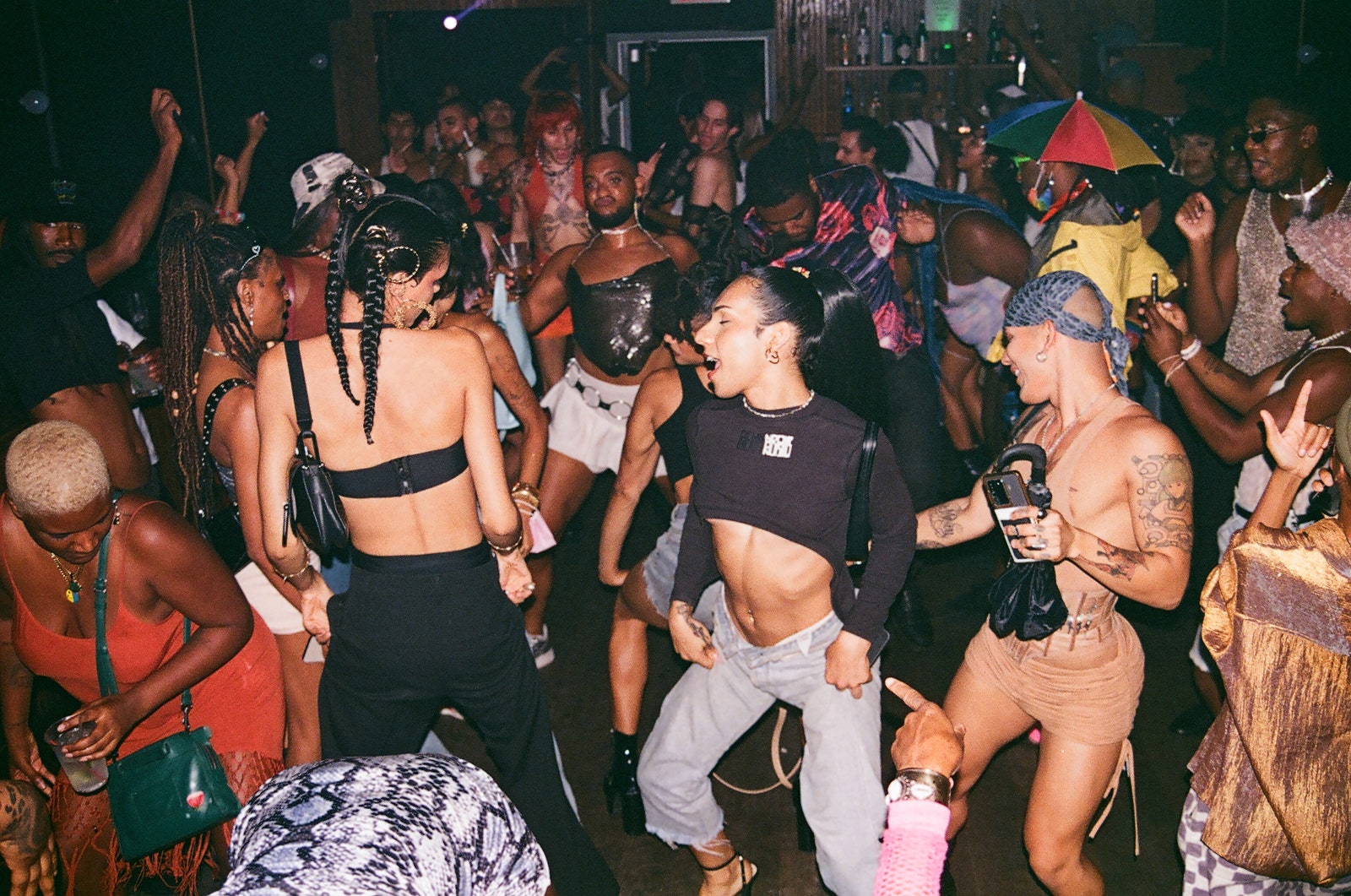 Veras and Armon both hope that this program can provide their community with the things they need in addition to the funds and other services such as free spiritual readings, already offered by For the Gworls. Veras is so proud to partner with her friend and FTG because the organization's mission means so much to her. "I just want it to reach as many people as it can. I want to help all the girls," Veras says. "It sounds crazy because it is a little unrealistic. But I want to reach everyone."

To learn more about Laced Together and donate to the cause, visit forthegworls.party.