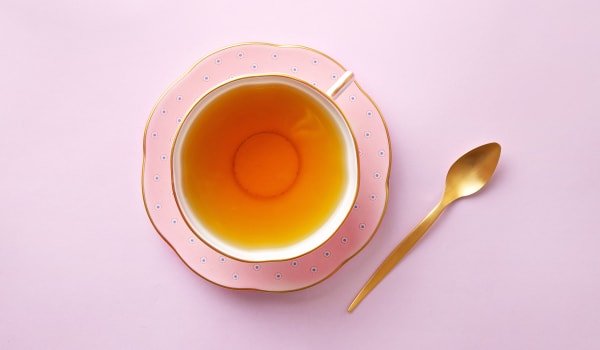 Tea is loads of fun to drink and can take many forms, whether you’re looking for a cozy cup or a glass of refreshment. There are many different types of teas, and while it’s comforting drink warm when it’s cold outside, it’s also refreshing to drink cold over ice when it’s warm. It also has a few health benefits. Let’s take a look at the different types of teas and what good they can do for the human body.

According to an article on TeaClass, most of the main types of green and black teas come from the same plant — Camellia sinensis. How the plant is processed and allowed to oxidize creates the difference between many of the most popular tea varieties, including black, oolong, green and white. Oxidizing describes what happens when enzymes (in this case, in the tea leaf) interact with oxygen (this is also the reason apple slices will turn brown).

TeaClass also noted that one of the most common teas in Western society is black tea, and unless specified otherwise, this is what you’ll get if you ask for a cup of tea or glass of iced tea at a restaurant. They say black tea is the most oxidized of the bunch, while the familiar green tea (which, remember, comes from the same plant) undergoes a similar process, but steps are taken to prevent oxidation (usually by applying heat). Oolong tea is said to be somewhere between black and green, and white tea is completely unprocessed — cultivators simply pluck the leaves and allow them to dry.

There are also herbal teas — we’ll get to those a little later.

What are the benefits of specific teas?

All that being said, there are health benefits from different types of teas. Haim Rozgonyi, tea professional and founder of Field to Cup and Tonedtea, was on hand to give us some more insight into the world of tea and how it pertains to our health.

Rozgonyi says black tea is chock-full of antioxidants, which are terrifically good for you, and studies show that it’s also good for gut health by promoting a better environment for the “good” bacteria to flourish.

He also notes that oolong tea has its share of benefits, and a large research study by Kyoto University Graduate School of Medicine in Japan (which included 76,000 adults) showed that those who drank at least 8 ounces of oolong tea per day had a 60 percent lower risk of developing heart disease. Interestingly, a study published in the Archives of Dermatology in 2001 found that it has also been shown to have a beneficial effect for those who experience eczema.

As for green tea, Rozgonyi explains it’s also high in antioxidants as well as polyphenols, including a catechin called epigallocatechin-3-gallate. “EGCG has been studied extensively and has been shown to have many benefits for the heart and the metabolism,” says Rozgonyi. And according to Harvard Health Publishing, another aspect of green tea is that it has roughly around half the amount of caffeine found in coffee, which is important for those who need to cut down.

As far as white tea goes, Healthline notes that since it’s the least processed of the bunch, this means it retains loads of its original antioxidants — a USDA study showed that white tea may help regulate blood sugar levels and also help manage insulin levels.

An article from Harvard Health Publishing explains there are still gains to be had if you drink tea in general. For example, both black and green teas have been shown to improve vascular reactivity, which indicates how well your blood vessels respond to physical and emotional stress. Both of these teas can also help lower LDL cholesterol — in case you didn’t know, this is the type you definitely want less of. Also, tea drinkers tend to experience fewer heart attacks and strokes.

However, there may be a caveat: People who regularly imbibe black or green tea may be doing other things that help improve their cardiovascular health. Dr. Howard Sesso, associate professor of medicine at Harvard Medical School and associate epidemiologist at Brigham and Women’s Hospital, said in an interview with Harvard Health Publishing, “We can’t quite disentangle whether it’s their tea drinking or something else those people are doing that lowers their risk of cardiovascular disease. Some experts believe that tea may have cardiovascular benefits, but it’s not considered a slam-dunk proposition.”

Herbal teas are a little different, as they aren’t made from the above-mentioned plant, but there is a bevy of amazing teas that not only taste great, but can have their own health benefits as well.

Peppermint tea: Peppermint tea (often simply known as “mint tea”) is a very popular tea that packs a lot of rosmarinic acid as well as a few flavonoids according to a study published in Phytotherapy Research in 2006. This same study mentions that animal studies have shown that peppermint oil has positive effects on tummy troubles, and many folks turn to mint tea to ease an upset stomach.

Chamomile tea: Chamomile tea is commonly used for relaxation, and the flowers the tea is brewed from contain — you guessed it — flavonoids according to a study published in Phytotherapy Research in 2006. These have moderate antioxidant and antimicrobial properties, but despite the tea’s reputation as something that will put you to sleep, a 2010 article in Molecular Medicine Reports indicated there haven’t been a ton of conclusive studies on the sedative effects of chamomile.

Raspberry leaf tea: In an interview withThe Kitchn, Dr. Joe Alton, an OB-GYN and Life Fellow of the American College of Obstetricians and Gynecologists, said that raspberry leaf tea could be of assistance during pregnancy. It is “best used after the first trimester, it helps decrease morning sickness and acts as a source of antioxidants and minerals. Later on, it decreases swelling and leg cramps.”

As always, keep in mind that drinking a cup or two of tea daily can have its benefits, but don’t go wild at the supplement store (and don’t down 7 gallons of tea each week). According to a study published in Asia Pacific Journal of Clinical Nutrition in 2002, black tea, for example, is high in oxalates, which can increase your chances of developing a kidney stone or two according to the National Institute of Diabetes and Digestive and Kidney Diseases (and trust us, you do not want kidney stones). Also, avoid heaping teaspoons of sugar into your tea, which the Centers for Disease Control and Prevention says can impact your health negatively.

However, don’t hesitate to enjoy your tea as long as you don’t go completely wild with your tea habits.