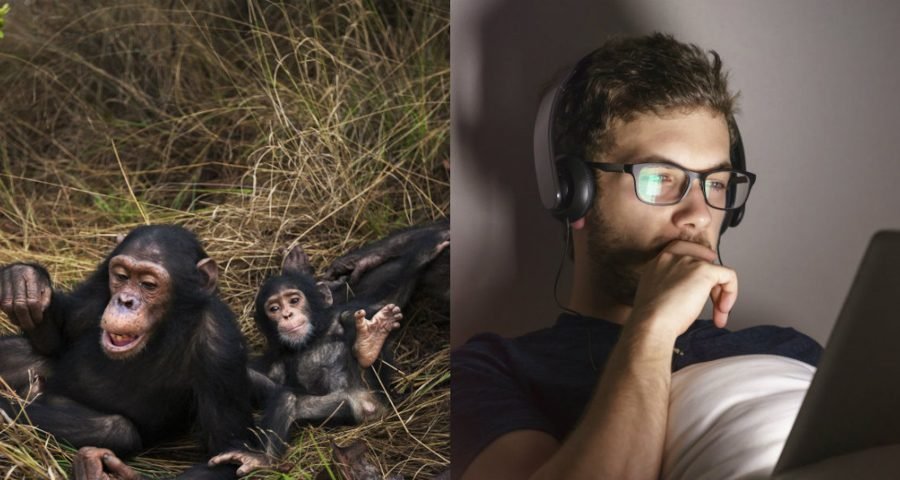 Guys, here’s some news that will make you want to give the bachelor pad a scrub: a chimp’s bed contains less feces than yours.

For the first time, researchers compared human homes to those of other mammals to determine who is cleaner. Published in The Royal Society journal, the study discovered that people are more likely to sleep in their own filth than chimps.

To determine that humans are the filthier mammal, researchers tested bacteria from 41 chimp nests. The results were then compared to prior research identifying the bacteria found in human beds.

“We found almost none of those microbes in the chimpanzee nests, which was a little surprising,” study co-author Megan Thoemmes, a Ph.D. student at North Carolina State University said in a statement.

Before you feel too bad about your hygiene, keep in mind that chimps make a brand new nest each night — meaning their beds have less time to accumulate bodily bacteria. It’s safe to say that most people don’t change their sheets every day.

And while chimp beds may have less bodily bacteria, that doesn’t mean their beds were the epitome of clean. Instead, the bacteria present was a natural part of their environment — not carried and deposited by the animals every night, as in the case of humans, Thoemmes explained to National Geographic.

But listen, guys — you should still clean your sheets.

We know you don’t like to do laundry, but it’s important to keep your sheets clean.

More than 166 million skin cells — plus oil, sweat and dirt — get transferred onto your linens every night. Buildup of all that gunk can make us sick, cause allergies, and create fungus on your sheets. And nobody wants sheet fungus.

As MensHealth.com previously reported, your best bet is to wash your sheets weekly. As for you pillows, consider laundering them every three to six months.

Lastly, when you’re changing those sheets, don’t leave the dirty linens in a pile — unless you’re into bedbug infestations, that is.