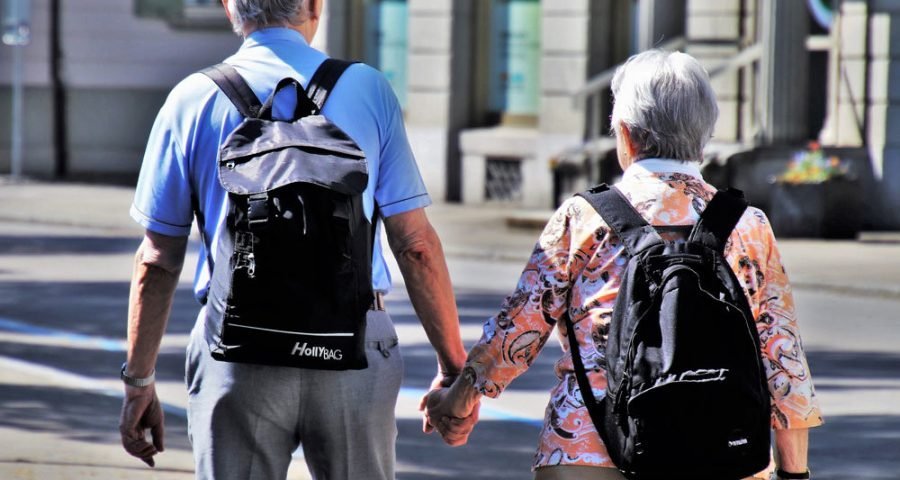 Five modifiable risk factors present in a person’s 50s that could indicate whether or not they will be fit and healthy into retirement and beyond have been uncovered by UCL scientists.

While the aim of the study, published in The Lancet Public Health, was to look at modifiable behaviour and medical risk factors, the team also uncovered major differences in frailty depending on wealth, gender, marital status and ethnicity.

By studying over 6,000 middle-aged adults in the Whitehall II study, the researchers, led by Professor Eric Brunner (UCL Population Health Sciences), were able to separate out someone’s lifestyle, health issues, socioeconomic status, and even chemicals in their blood samples from people in their early 50s to see which had the greatest impact on their risk of becoming frail after the age of 69.

Someone is defined as frail if they have three or more of the following: unexpected and sudden weight loss, exhaustion, muscle weakness, slowness when walking or low levels of activity. Frailty is the most common condition leading to death for the elderly who are not living in hospitals or nursing homes.

Diseases like diabetes, depression and heart disease also affected someone’s risk of being frail in older age. Having a history of heart attack or angina more than doubled a person’s chances of becoming frail in later life (frailty in heart attack/angina group (7.8 percent) vs those without (3.4 percent)).

Those with a lower income were more than 3 times as likely to be frail than participants of higher social and economic standing (7 percent vs 2.1 percent). With an ageing population, the researchers expect these inequalities in frailty to become more and more apparent, creating a large increase in older people who need high levels of care, particularly in the most disadvantaged communities.

“By targeting how active someone is, encouraging a healthy lifestyle and understanding more about how inflammation is linked to frailty in later life, we could improve the health of our ever-ageing population,” explained Professor Brunner.

“Current healthy ageing policy focuses on early prevention, mostly before someone turns 50, but our research shows that it is never too late to look after your health and improve your chances of a healthy and independent later life.”

Professor Jeremy Pearson from the British Heart Foundation, which part-funded the study, said: “Frailty is not just an issue for later life and should not be seen as an inevitable part of getting old. This research shows that, by taking steps to ensure we are healthy going in to middle age, we can avoid getting on the path to a frail old age.

“Not all the factors that the research discovered were lifestyle-related. There are also complicated inflammatory processes going on in the body, beyond our immediate control, that can cause us to become frail in our old age. More research is needed to work out exactly how this happens so we can better understand how to live well, even in to old age.”

Health professionals say that this research indicates some key things people can address to ensure they are on track to be healthy at age 50, and beyond.

Julie Ward, Senior Cardiac Nurse from the British Heart Foundation said: “Whatever your age, stopping smoking is the single biggest thing you can do to protect your heart health, but the least frail people in this study were active in their 50s, ate fruit and vegetables at least every day, had a normal weight, low blood pressure, low cholesterol and drank alcohol in moderation.”