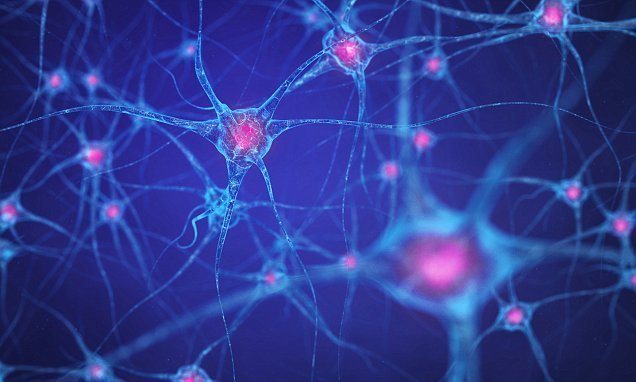 Sleep, exercise and 25ml of wine each day can help the brain to ‘wash’ itself and wipe away toxic proteins linked to Alzheimer’s, scientists claim

Sleep, exercise and a little alcohol can help the brain ‘wash’ itself at night to prevent Alzheimer’s, scientists say.

British researchers found the combination stimulated the brain’s own cleaning system, wiping away the toxic build up of proteins linked to the devastating disease.

The research on mice is a breakthrough as it could now be used to create new insights into how the human brain works – and clears away its waste products.

Dr Ian Harrison, from University College London, told the Cheltenham Science Festival studies on the brain fluid of mice showed that a good night’s sleep, increasing heart rate through exercise, and 25ml of wine per day stimulates the brain’s own cleaning system.

Scientists found brain fluid, which is key to transporting waste out of the brain, penetrated deeper into the organ during sleep, making the body’s self-cleaning process more effective.

Research is now focusing on finding ways of preventing the human brain’s cleaning system – the glymphatic system – from failing. 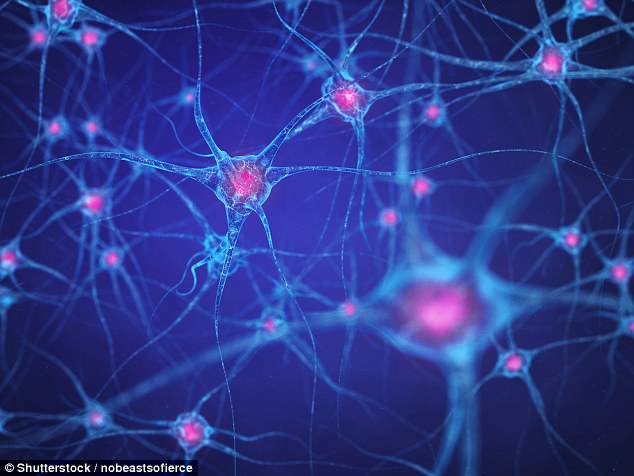 ‘What the researchers did was inject a dye into the cerebrospinal [brain] fluid and see where it goes.

‘In the mice that were awake, that cerebrospinal fluid starts to go into the brain but only resides on the surface and doesn’t go deep into the brain tissue.

‘In the same animal when it fell asleep, that cerebrospinal fluid goes far deeper into the brain.’

The cerebrospinal fluid is known to transport waste material out of the brain, and the body’s cleaning system works better when the fluid reaches deeper into the brain.

Alzheimer’s disease is a progressive, degenerative disease of the brain, in which build-up of abnormal proteins causes nerve cells to die.

This disrupts the transmitters that carry messages, and causes the brain to shrink.

More than 5 million people suffer from the disease in the US, where it is the 6th leading cause of death.

As brain cells die, the functions they provide are lost.

That includes memory, orientation and the ability to think and reason.

The progress of the disease is slow and gradual.

On average, patients live five to seven years after diagnosis, but some may live for ten to 15 years.

Alzheimer’s disease, which is the leading cause of dementia and makes the brain degenerate, is caused by a build up of toxic clumps of proteins which damage healthy brain cells.

In people without the disease, the body rids itself of the proteins.

‘This is good evidence that the glymphatic system is active during sleep. If that is anything to go by we should all be sleeping a lot more than we are.

‘That kind of makes sense because, if you think about it, when your brain is active during the day these brain cells are going to be actively producing all these waste products.

‘So it is only at night when our brain switches off that it has the chance to switch on our glymphatic system and get rid of all these waste products.’

Dr Harrison said there were comparable results with exercise, adding: ‘In the sedentary animals, the cerebrospinal fluid penetrates the brain.

‘But when the animals have voluntary access to exercise there is a massive increase in the amount of glymphatic function.’

It is thought the increase in heart rate helps drive the cerebrospinal fluid into the brain.

The scientists also treated mice with low-level, intermediate and high-level doses of alcohol for 30 days.

Dr Harrison said that low-level doses of alcohol – the equivalent of a third of a unit a day in a human – resulted in a 30 per cent to 40 per cent increase in the brain’s self-cleaning.

But intermediate or high-levels of alcohol have the opposite effect.

He said: ‘So 25ml of wine could actually increase your glymphatic system, according to this mouse study.’

Dr Harrison added: ‘So, sleep more, exercise and, as the data suggests, you can have a drink, but only a third of a unit of wine per day.’