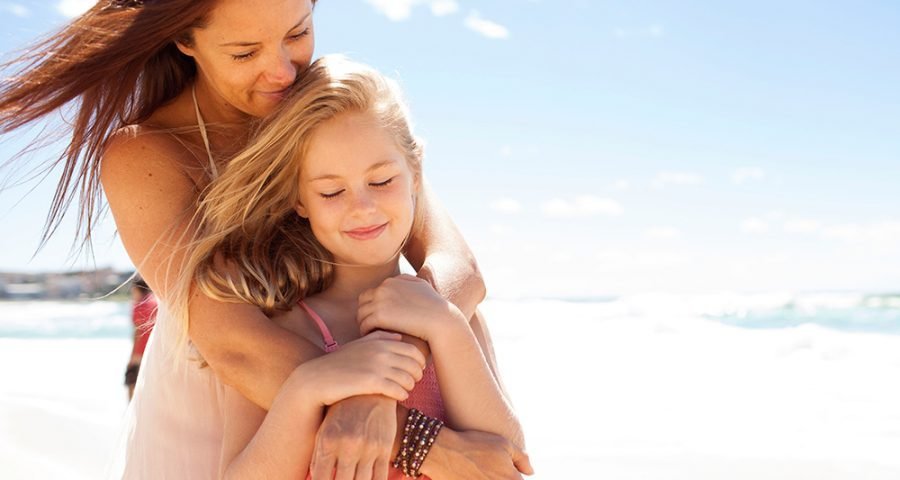 When it comes to raising daughters, it’s important to be conscious of the impact of your words. You might make a well-intended comment that unintentionally harms her.

RELATED: The 6 Non-Negotiable Rules For Visiting A Newborn

Seven amazing women weigh in on commonly-said harmful comments that come from well-meaning parents. Here’s what they suggest you say instead, and why.

Erin Bried, editor-in-chief of the girl’s empowerment magazine Kazoo, says it’s vital for us to emphasise the importance of hard work. “If you make a child feel like her intelligence is inherent, then the first moment things get tough, she may begin to doubt herself.

Instead of “you’re a genius,” Bried suggests trying “You figured it out! I knew you’d stick with it,” or “You’re such a hard worker! Good for you!”

“Praise her persistence and dedication, and she’ll know she has what it takes to overcome any obstacle,” Bried says. “Successful women know that it takes a lot more than just raw intelligence to become successful. It takes perseverance too, and if you’ve got that, you can do anything.”

DON’T SAY: HATEFUL, SELF-DEPRECATING COMMENTS ABOUT YOUR OWN BODY

Even if you don’t say negative things about your daughter’s body, your own self-hate can affect her. According to Jessamyn Stanley, body-positive yoga teacher and author of Every Body Yoga, treating your body kindly, and saying things like “I love and appreciate my body,” encourages your daughter to practice self-love.

“It’s not enough to tell your daughter she’s beautiful—it’s important to resist using body negative language about your own body,” Stanley says. “Remember that your daughter idolises you. And she will mimic aspects of your behaviour for the rest of her life, no matter how much she tries to resist. Love yourself so that your daughter can love herself.”

DON’T SAY: “GIRLS CAN DO ANYTHING!”

We often say that girls can do anything to encourage girls to get involved in traditionally ‘male’ pursuits like sports, science, or math. Dr Elline Lipkin, research scholar at UCLA’s Centre for the Study of Women and author of Girls Studies, points out that these platitudes can actually be harmful.

“By telling girls they can do anything—without societal support undergirding this idea with actual opportunities—girls feel worse if they try and do not succeed at something,” she says. We should acknowledge, and not ignore the fact that sexism will affect how our daughters are treated. Instead, Lipkin suggests, say “There’s no such thing as a ‘boy’ job or a ‘girl’ job.”

“These insipid platitudes, which I sometimes refer to as ‘fauxpowerment,’ do more harm than good if they not only never effect systemic change, but rather place the onus of taking on change on an individual girl herself,” Dr Lipkin explains. “Then, if she doesn’t achieve the outcome she hopes, the message of self-blame is reinforced.”

DON’T SAY: “YOU’RE GAINING WEIGHT. YOU SHOULD GET MORE EXERCISE.”

Body-positive physical trainer Garnet Henderson says that we often use fat-shaming to motivate our children into exercising. “Because of societal pressure to be thin, many people have come to see exercise merely as a tool for weight loss or maintenance,” she says. Instead, Henderson suggests, say: “Let’s go for a bike ride. It will be fun, and it will make us strong.”

“Rather than further stigmatising fatness and teaching your daughter to see exercise as a form of punishment, teach her to see it as something fun, mood-boosting, and empowering.” A great way to encourage children to have a healthy attitude towards exercise is to exercise with them.

“Instead of making comments about your daughter’s exercise habits, be active as a family,” Henderson suggests. “Go for walks, bike rides, or play a sport together, and talk about exercise in terms of how it makes you feel, not how it makes you look.”

We often downplay the effects of young boys bullying, teasing or hurting girls by implying that boys are naturally rough and violent, says parenting expert Dr. Rosina McAlpine. When this happens, even with seemingly small incidents, our daughters learn to accept male violence rather than speak out against it.

“Rather than saying that boys will be boys, help your daughter to understand that violence against girls and women is never okay.” McAlpine suggests saying, instead: “His behaviour towards you wasn’t fair. Being violent is never acceptable.”

DON’T: COMPLIMENT YOUR DAUGHTER BASED ONLY ON APPEARANCE.

Dr Gail Saltz, family psychiatrist and author of The Power of Different, says that we shouldn’t overemphasise appearance when it comes to complimenting our daughters. “Hyping up and focusing on her looks will leave her with the idea that appearance is most important, and that her worth is tied to her appearance,” Dr Saltz says.

Instead, emphasise that the choices she makes are what make her valuable. Compliment her on her academic and sporting achievements, her kindness, her strength, her integrity and her hard work.

Feminist writer and mother of two daughters, Britni de la Cretaz, says that it’s important to honour you daughter’s agency and bodily autonomy from a young age. This includes allowing children to decide whether they want to kiss, hug or touch relatives and friends. “If the implication is that a kiss is expected, it can unintentionally send the message to your daughter that affection is something that is owed to someone, or should be given to someone because they ask for it,” de la Cretaz says.

Instead, de la Cretaz suggests, learn to ask, “Do you want to give Aunt Mary a kiss?”

“By letting her know that she is in charge of what happens to her body, and teaching her that she does not owe anyone affection, she is learning lessons that will come in handy when it comes time to navigate consent and physical relationships with others.”

Another part of respecting our children’s agency includes avoiding body shaming—even when that body shaming is unintentional, says de la Cretaz. “When my toddler reached into her diaper and began playing with herself at the dinner table, my instinct was to tell her to stop, because the behaviour was inappropriate,” she says.

But it’s important to communicate why it’s inappropriate. “There is no shame in touching one’s own body; but there is a proper time and place for it. By giving your daughter boundaries around how she can engage in the behaviour, it removes any unintentional shaming.”

Instead of “don’t touch!” try saying, “We don’t play with our private parts at the dinner table. But you’re welcome to go to your room and do it privately.”

DO: BE YOUR BEST SELF

This all said, be conscious of what you say to your daughters, but cut yourself some slack. Don’t second guess every word you say. Rather aim to be a good role model in your actions and behaviour.

“It seems like there’s a new study out every day about what parents are doing wrong and how saying the wrong thing to your kids will mess them up for life,” Bried says. “Your kids certainly listen to what you say, but they also watch your actions. You’re their biggest role model, so be the kind of person you want them to be: kind, loving, generous, hard-working, true to yourself. And you know what? They’ll probably turn out pretty okay.”