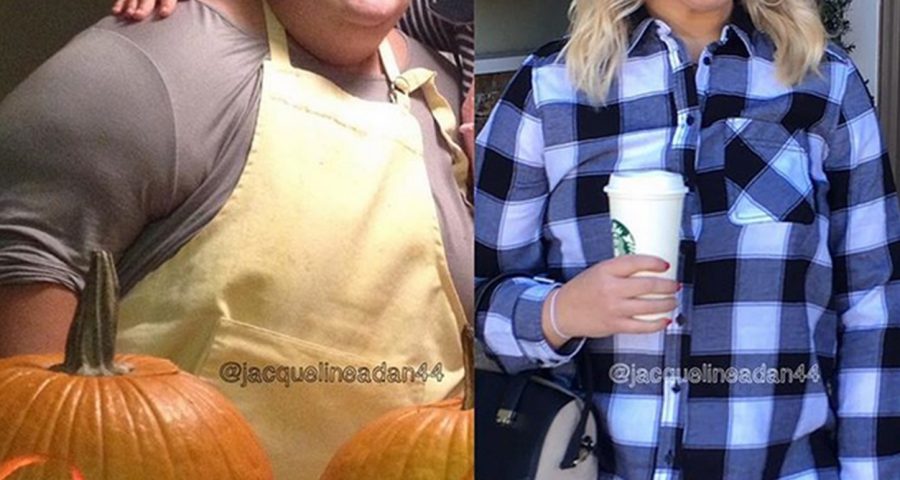 Jacqueline Adan hit her highest weight of over 500 lbs. in part because of her habit of binge eating — so it was frustrating to have the addiction come back after she lost 350 lbs.

The Montessori preschool teacher, 31, says she had the “uncontrollable” urge to eat at her heaviest weight, but she didn’t realize that it was a real, medical issue.

“I think I had some sort of binge eating going on, that uncontrollable, overeating behavior of eating too much, emotional eating, eating for fun and just not worrying about anything or the consequences it was going to have on my body,” Adan tells PEOPLE. “Once I realized it got out of hand, I couldn’t control it. The more I realized I had an issue the more I couldn’t stop eating.”

When Adan made up her mind to start losing weight in 2012, she would restrict her food intake, and while it worked, it was too extreme.

“When I started losing my weight, I was very strict with it, and I went completely opposite,” she says. “I was like, I’m never going to do this again, I’m never going to overeat. I think that mentality helped me with losing weight, but at the same time it was very extreme. There wasn’t a middle ground.”

Adan successfully dropped 350 lbs. by 2016, but she was still in that restrictive mindset. And when she started working with a doctor for skin removal surgery and learned she had to add calories to her diet to keep her body going, the San Francisco-based Adan struggled.

“I had to eat more, essentially, and I fell back to the other extreme,” she says. “I was overeating, and still trying to keep my weigh minimal because I was so scared of gaining any weight back. I was constantly gaining the 20 lbs. and losing it, and gaining and losing 5 lbs. It wasn’t enough where people were noticing, but deep down inside, I knew something was going on.”

She also felt a responsibility to keep up appearances on her Instagram and blog, where over 107,000 people turn to her for weight loss motivation and advice.

“Admitting that I have gained even a little weight — to tell them that, would be to be letting them down,” she says. “I feel like people look up to me for inspiration and motivation to lose weight or feel better about themselves, and I felt like I would be letting people down because I’m struggling with this.”

But Adan still didn’t have a name for her eating habits, and multiple doctors told her she was worrying too much. It wasn’t until she started working with a therapist that Adan learned that she was binge eating.

“I was glad to know that something was going on, and I wasn’t imagining it, and there was something that could fix me,” she says. “If I didn’t know what the problem was it was hard for me to find a solution. Hearing that I was a binge eater was like a light bulb.”

Recognizing her addictive habits helped Adan change her mindset, and how she eats.

“Now I’m much more aware of what I’m doing, and it’s not all or nothing like it was before, where I would go to the gym and eat my healthy foods or have one doughnut and binge the rest of the day,” she says. “Keeping it even has been key for me because I can catch myself in the moment before I’m overeating or completely restricting myself.”

Adan wanted to share her experience, to show that appearances can often be deceiving — just because she lost weight doesn’t mean that her problems are solved forever.

“I hope that no one ever feels ashamed or embarrassed if they are struggling with an eating disorder or body dysmorphia or with their own body image or self love,” she says. “For me, actually admitting I needed some help and realizing that I was struggling and accepting what was going on and admitting it was exactly what I needed to overcome this and continue to move forward!”