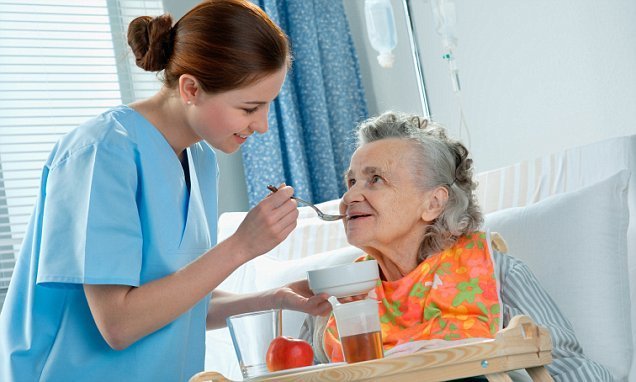 Hundreds of NHS patients have choked, with two DYING, after being fed solid food when it should have been minced or puréed because they had difficulty swallowing, reveals damning report

Hundreds of patients have been harmed, with two dying, after NHS staff fed them solid food when they should have been on a ‘soft diet’.

Over two years, up to 270 patients from across the UK choked after being given food like hash browns and peas when they suffered from swallowing difficulties, according to a report by NHS Improvement.

Some of these incidents were so severe patients were unresponsive and required emergency treatment, including having peas ‘suctioned out’ of their throats.

Those who suffer from such difficulties, known as dysphagia, require their food to be minced, puréed, liquidised or cut into bite-size pieces.

Patients were thought to have been given solid produce due to a confusion in the NHS over the term ‘soft diet’, with some thinking it requires food to be a custard consistency and others thinking mashing it with a fork is sufficient. 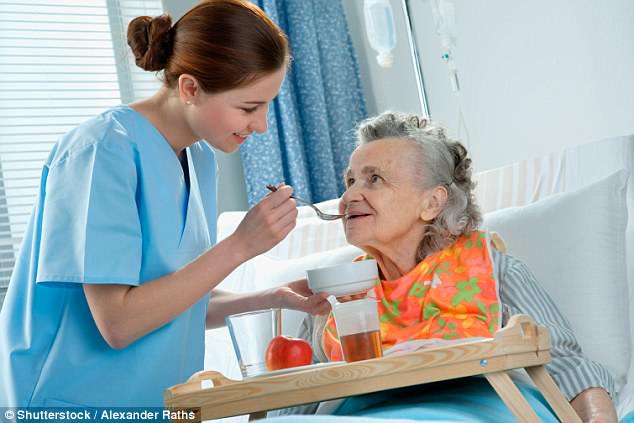 Hundreds of patients have been harmed, with two dying, after NHS staff fed them solid food when they should have been on a ‘soft diet’, a new report reveals (stock)

Dysphagia is defined as difficulty swallowing.

It is more common in older adults.

Causes vary but may include the sphincter not relaxing properly, the oesophagus spasming, oesphageal tumours, lost dentures or jaw surgery.

It can be prevented by eating slowly and chewing well, as well as treating any underlying disorders.

Most of the incidents, which were reported via the National Reporting and Learning System, were non-severe with patients coughing or briefly choking.

Nonetheless, NHS Improvement and The British Dietetic Association are calling for a more widely used definition of soft diet.

Dr Kathy McLean, NHS Improvement’s executive medical director, told The Telegraph: ‘Vulnerable patients have died or been harmed because there is confusion in the way people describe what type of food is suitable for those with swallowing or chewing difficulties.

‘We are calling on everyone providing NHS-funded care to start using precise terminology to help avoid further harm. This will help save lives and make the NHS safer.’

MPs calls for over-40s to pay a ‘social care premium’

This comes after MPs suggested yesterday the over-40s should be made to pay a ‘social care premium’ to cover the costs of being looked after in old age.

They are calling on the Government to set up a dedicated pot of money to guarantee basic social care to all those in need.

The MPs did not specify how much the premium should be, although they estimated it would need to raise about £2.5 billion a year.

They pointed to the system used in Germany where all over-40s put 2.5 per cent of their wages towards a ‘Long Term Care Insurance’ pot.

The recommendations have been put forward by the Housing, Communities and Local Government Committee and the Health and Social Care Committee, which says our existing system is under ‘considerable strain.’