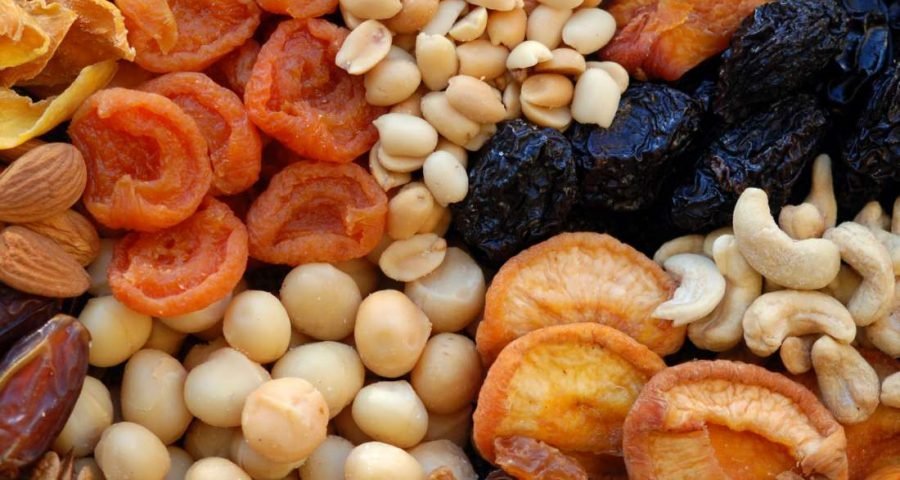 Getting more iron into the diet can help prevent iron deficiency anemia and improve general health.

The body needs iron to help it carry out many vital processes, such as energy production, growth, development, and the synthesis of hormones. Iron also helps to keep the immune system healthy.

About 65 percent of iron in the body is in the hemoglobin. Hemoglobin is a protein in the red blood cells that is responsible for transporting oxygen to the cells. Smaller amounts of iron are present in myoglobin, which is a protein found in muscle tissue. Myoglobin supplies oxygen to the muscles and provides energy during physical activity.

In this article, we look at the different types of iron, which foods are rich in iron, and how to increase absorption of iron. We also cover recommended daily allowance (RDA), the symptoms and risk factors for iron deficiency, and whether someone can have too much iron in their body.

There are two types of dietary iron in food — heme iron and non-heme iron. The body absorbs them at different rates.

Animal products, such as meat, poultry, and fish contain both heme and non-heme iron. Typically, heme iron accounts for less of a person’s daily intake than non-heme iron, but the body absorbs it more easily.

Foods from plant sources only provide non-heme iron. Non-heme sources usually account for more of a person’s daily intake than heme iron, but the body does not absorb it as well as heme iron.

People who eat meat are consuming both types of iron, but, because the body does not absorb non-heme iron very well, vegetarians and vegans may be at higher risk of developing anemia than meat-eaters.

Tea contains compounds called tannins. Some research suggests that tannins may reduce iron absorption in the body. However, tannins only appear to affect iron status in adults who already have low iron stores. The effect of tannins reducing iron absorption is greater with non-heme iron.

For some people, avoiding drinking tea with food or straight after a meal may help improve iron absorption.

To increase iron absorption, include foods that are high in vitamin C, or ascorbic acid, in the same meal as iron-rich foods.

For example, eat a salad containing peppers and tomatoes with a steak or lentils. Or, drink a glass of orange juice alongside a fortified breakfast cereal.

Bran, grains, legumes, and nuts contain substances known as phytates. Phytates may interfere with the absorption of iron and other nutrients if consumed in large quantities. However, evidence for this is quite varied and not fully conclusive.

Soaking or fermenting phytate-rich foods before eating them may help increase iron absorption.

According to the National Institutes for Health (NIH), the RDA for iron differs depending on age, sex, and health status. For example:

Generally, there is a healthy balance between the supply of iron through the diet and demand for iron from the body.

However, if demand outstrips supply, the body will start to use up iron stored in the liver, which can lead to iron deficiency. When the body has used the iron up, it is unable to produce hemoglobin. This is called iron deficiency anemia.

A doctor can diagnose anemia using a blood test to measure serum ferritin and hemoglobin levels. The World Health Organization (WHO) classifies mild anemia as having a hemoglobin level of:

Symptoms of iron deficiency can occur even before a person has anemia and can include:

Anyone who experiences any of these symptoms should see a doctor.

Can you get too much iron?

Iron continuously circulates through a person’s body. The body stores any unused iron for future use. When too much iron accumulates in the body, it is known as iron overload. Too much iron can cause:

Some people have hemochromatosis, a genetic condition where the body absorbs more iron than usual. When this happens, the iron can build up to toxic levels. Hemochromatosis is dangerous if left untreated. People with hemochromatosis should avoid taking iron and vitamin C supplements.

To reduce the risk of developing an iron overload, adults should not consume than 45 mg of iron a day, which is the upper intake level, according to the NIH.

Some general tips for getting more iron and improving absorption include:

Anyone who experiences symptoms of iron deficiency or iron overload should speak to a doctor.