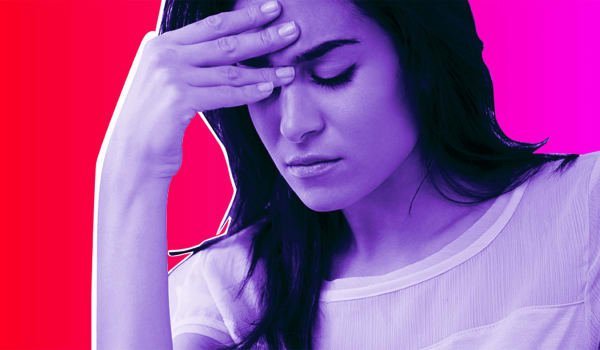 After years of women being largely ignored in medical research, we’re finally getting used to the idea that symptoms of some health issues — like heart attacks — look different in women* than in men. There are also some conditions — like autoimmune disease — that disproportionately affect women. Now, new research out of the University of Gothenburg may shed some light on why.

But first, let’s back up a little. When a person has an autoimmune disease, instead of defending the body, their immune system creates antibodies that can’t tell the difference between the normal body cells and foreign cells and attacks everything (including healthy issue) according to information from the Johns Hopkins Medicine website. For some reason, almost all autoimmune diseases affect women more often than men, the study, published in the journal Nature Communications, confirms. This difference is especially apparent in the case of lupus, as 9 out of 10 people afflicted are women, the U.S. Department of Health & Human Services reports.

At this point, the study notes, there is a known link between testosterone and protection against autoimmune diseases, so women — who have about one-tenth as much testosterone as men — tend to receive the diagnosis more frequently.

“It’s very important to understand what causes these diseases to be so much more common among women,” Dr. Åsa Tivesten — professor of medicine at Sahlgrenska Academy, a chief physician and one of the authors of the study — said in a statement. “In this way, we can eventually provide better treatment for the diseases.”

Basically, the study found that there is a critical protein called BAFF, which makes B cells (a type of lymphocyte that releases harmful antibodies) more viable. The researchers wrote they were trying to understand the connection between testosterone and B cells.

“We have concluded that testosterone suppresses BAFF. If you eliminate testosterone, you get more BAFF and thereby more B cells in the spleen because they survive to a greater extent. Recognition of the link between testosterone and BAFF is completely new. No one has reported this in the past,” Tivesten said in a statement.

So, what does this actually mean in terms of medical care? Ultimately, the researchers hope that their findings lead to more effective medications for lupus and other autoimmune diseases that impact so many women. Currently, lupus is treated with BAFF inhibitors, though it hasn’t been as effective as scientists initially expected, the research notes.

“That’s why this information about how the body regulates the levels of BAFF is extremely important, so that we can continue to put the pieces together and try to understand which patients should have BAFF inhibitors and which should not,” Tivesten said in a statement.

While more research in this area is needed to more effectively treat autoimmune diseases, this is at least a step in the direction of understanding conditions that affect the lives of so many women.