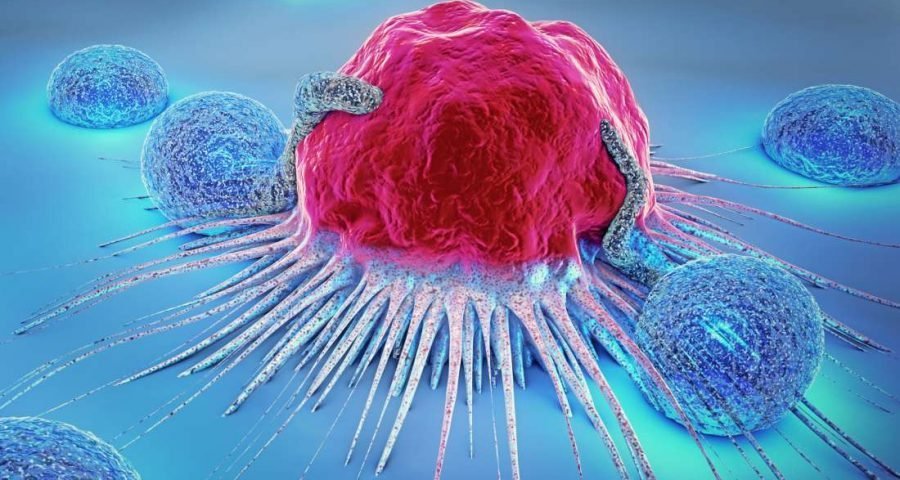 Macrophages — the name of which comes from ancient Greek, meaning “big eaters” — are the largest immune cells in our body.

The first line of defense against infections, these cells are the first to come to the rescue in cases of viruses or bacteria.

Macrophages also offer help in the fight against cancer. There are two types of these cells — M1 and M2 — and they both serve complementary roles.

However, cancer has a double-edged strategy of getting past the macrophages’ vigilant eyes. For one thing, it turns the combative M1 macrophages into peaceful M2s. For another, its malignant cells emit a “don’t eat me” signal that tricks M1 cells into leaving them alone.

Now, however, researchers from the Brigham and Women’s Hospital in Boston, MA, might have found a way to outfox cancer’s clever ways, defeating both of its mechanisms in one knockout blow.

The innovative findings were published in the journal Nature Biomedical Engineering, and the study was led by Ashish Kulkarni , an assistant professor in the Department of Chemical Engineering at University of Massachusetts, Amherst, and one of the corresponding authors of the research.

Kulkarni and colleagues designed a so-called supramolecule, which is a chemical structure built of smaller molecules that bond, or click, together similarly to LEGO pieces.

The supramolecule was created so that it could simultaneously block cancer cells’ “don’t eat me” signal and stop the signaling that turns M1s into M2s. The scientists tested the supramolecular compound in mouse models of aggressive breast and skin cancer, comparing it with another existing drug.

By day 10, untreated mice had developed large malignant tumors, while rodents that were treated with existing drugs showed smaller tumors.

But the mice that were treated with the new supramolecule displayed “complete inhibition” of tumor growth and of “formation of metastatic nodules.”

“We [could] actually see macrophages eating cancer cells,” says the study’s other corresponding author, Shiladitya Sengupta, an associate bioengineer at Brigham and Women’s Hospital and an assistant professor of medicine at Harvard Medical School in Boston, MA.

‘The future of immuno-oncology’

In their paper, the authors conclude, “Such an integrative immunotherapy approach underpinned by bifunctional supramolecules can emerge as a new paradigm in the treatment of cancer.”

“Clinicians are increasingly realizing that one drug or a one-size-fits-all approach is not enough when combating cancer, and that a combination immunotherapy, such as blocking two distinct targets in the same immune cell, is the future of immuno-oncology. Our approach capitalizes on this concept.”

Next, the scientists plan to replicate their findings in further preclinical studies, as well as to assess the safety, effectiveness, and dosage of the new therapy.

If such preclinical tests are successful, the next step will be moving the powerful compound into clinical trials.