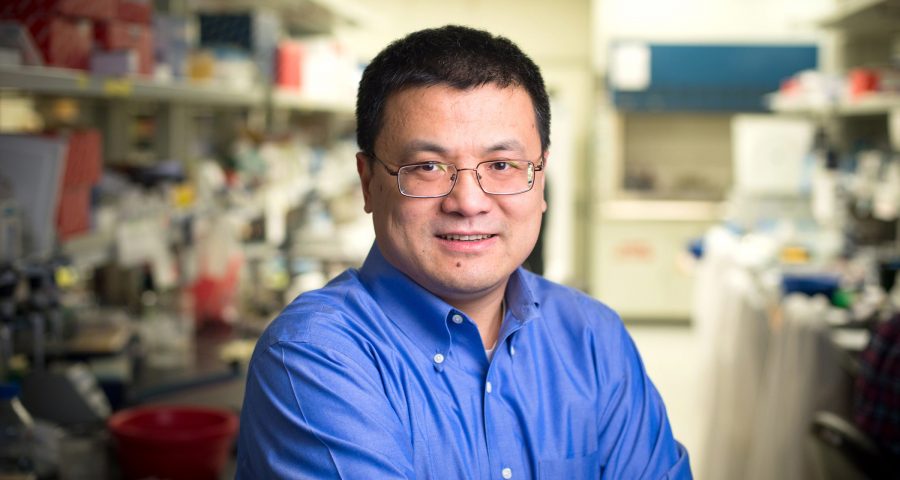 Like a mentor helping medical students choose between specialties, a protein complex helps shape the destiny of developing T cells, St. Jude Children’s Research Hospital scientists have reported. The research appears today in the journal Science Immunology and adds to growing evidence of the critical role cell metabolism plays in the immune system.

The research comes amid excitement about harnessing the immune system to fight cancer, tame autoimmune diseases and combat infectious diseases.”We know that conventional and unconventional T cells are fundamentally different,” said corresponding author Hongbo Chi, Ph.D., a member of the St. Jude Department of Immunology faculty. “They express different cell surface receptors. The cells have different functions. But until now the mechanism that helps decide their fates has remained largely unknown.”

T cells play a central role in the adaptive immune system, functioning like elite commando units trained to find and eliminate specific viruses and other threats. T cell development occurs in the thymus after immature (precursor) cells in the bone marrow travel there to mature and specialize. Their specialty is signaled partly by protein receptors on the cell surface known as T cell receptors (TCRs) or antigen receptors. T cells depend on the T cell receptors to recognize targets and respond to changing conditions.

In humans, the vast majority of T cell receptors have an alpha (α) protein chain and a beta (β) chain. These are conventional T cells that circulate widely and reside in the spleen and lymph nodes. A smaller number of T cells carry receptors made from a gamma (γ) and a delta (δ) protein chain. They belong to the family of unconventional T cells that are found in the gut, skin and other barrier tissues.

Working with mouse models and developing T cells in the laboratory, Chi and his colleagues showed that activation of mTORC1 revs up energy production through glycolysis and oxidation to fuel anabolic metabolism and promote development of αβ T cells.

When investigators disabled mTORC1, metabolism was disrupted, which was associated with a reduction in the αβ T cells and an increase in γδ T cells.Deleting a key component of mTORC1, a protein called RAPTOR, disabled mTORC1 and altered the metabolic balance in developing T cells. The change reduced anabolic metabolism but increased levels of toxic molecules called reactive oxygen species (ROS) and upregulated activity along a molecular pathway that promotes cell growth.

Researchers also reported expression of signature genes associated with γδ T cells was enhanced in mice when RAPTOR was deleted from the mTORC1 complex.