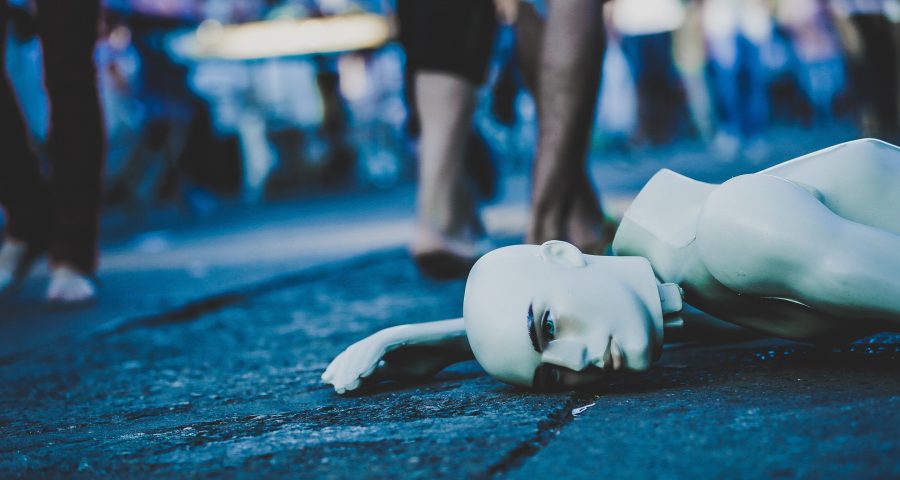 Proponents suggest that one of the main benefits of sexbots, either adult or paedobots, is “harm limitation” – referring to potential harms caused to women or children targeted in sexual violence.

Authors Chantal Cox-George and Susan Bewley argue the “precautionary principle” should reject the clinical use of sexbots until their postulated benefits, namely “harm limitation” and “therapy”, have been tested empirically. In other words, we need more evidence.

Further, from my perspective as a criminologist and forensic practitioner, I would argue that sexbots could be tools to empower some who sexually offend against women and children.

What does the science say?

To reach this conclusion, authors Cox-George and Bewley reviewed the available literature looking to determine if the arguments made by supporters of the use of sexbots to reduce violence and sex crimes can be substantiated.

Their article approaches this topic from a health care perspective, looking at four themes relevant to health care providers:

Cox-George and Bewley conclude that the claims of “harm limitation” are overstated: they found no reports of primary data relating to health aspects of the use of sexbots to support the proponents’ positive claims.

The authors also state that the market for sexbots will not be largely health care related – people will not be using these for therapeutic purposes, to diminish unwanted sexual urges, including an attraction to children.

As someone who has worked for a number of years with police forces in Australia and the UK on cases of child sexual abuse, there are a number of issues that need addressing to limit the potential damage as the sexbot industry grows.

I am going to focus mainly on the availability of paedobots, in relation to their therapeutic potential, potential to treat paedophiles and sex offenders, and changing societal norms.

The discussion will be based on my experience of case work and research in child sex offenders, because – as the authors identify – there is no data available to support claims for or against the use of sexbots.

Sexbots, and that includes paedobots, have been developed to allow users to play out sexual fantasies.

In the child sexual abuse cases I have worked on, you see an escalation in activity in some cases – from an offender sourcing online child sexual abuse material, to actively seeking a physical interaction with a child when the online material does not bring the same sexual gratification. Paedobots could easily fit into this continuum of escalation.

It’s also worth highlighting that the legal definition of child pornography (material that describes or depicts a person under 16 years of age, or who appears to be less than 16, in a manner that would offend a reasonable adult) does not capture all images or representations that someone with an interest in children may find sexually arousing

With no evidence to the contrary, my experience tells me that the sexualisation of children – be that in cartoons, songs, robots, or whatever form – will increase the desires of some who find children attractive, and put more children at risk, not less.

Unless we can say through empirical research that there is no causal link, the danger from sexualising children in any format remains very real.

Sex crimes, whether they are committed against adults or children, are about power and control – the offender’s need for it, and the victim’s lack of it.

If we consider “changing societal norms” in the context that the majority of sexbots are aimed at adult males, that raises a vital question: who we are changing society for?

The further sexualisation of women and children through life-like robots, would appear to fly in the face of the current social push for equal treatment and moving away from misogynistic attitudes that led to the rise of the #MeToo movement – giving a voice to women who have been sexually abused or mistreated by men in positions of power.

Adult sex toys are one thing, but creating life-like robots that cannot say “no” and that can be violated and abused without impunity will play into some men’s fantasies. For a small proportion, this may encourage them to enact that abuse on living people as part of an escalation.

As things currently stand, we don’t know what the effects of sexbots are in a general sense. But what can be said is that they were developed by the multimillion dollar sex industry to make money. They were not developed as therapeutic tools to make the world a safer place for women and children.

Claims of beneficial effects of sexbots are unfounded, and even dangerous; particularly when we consider the availability of paedobots. These sexualised robots encourage and even normalise the sexualisation of vulnerable groups.

It remains debatable whether paedobots would fall under the category of child pornography. As the law stands, child pornography can be created without directly involving a real person – child sexual abuse material can include images, text, and three-dimensional objects. This would appear to include paedobots.

However, the notion of a life-like child robot produced for the sexual gratification of adults, I would argue, would offend most reasonable adults.