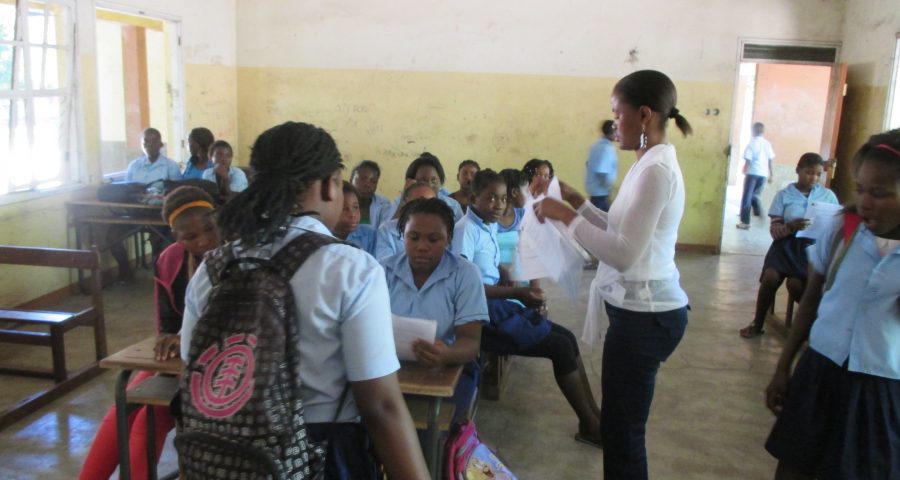 A study in Mozambique reveals that a majority of adolescent girls interviewed would be willing to be vaccinated against the human papilloma virus (HPV) if the vaccine were available in the country. These results are encouraging with regard to vaccine introduction and reducing mortality associated with cervical cancer in Mozambique. The investigation was led by the Manhiça Health Research Center (CISM) and ISGlobal, an institution supported by “la Caixa” Foundation

The highest burden of cervical cancer is concentrated in sub-Saharan Africa, where it is the main cause of cancer mortality among women. Therefore, the introduction of the vaccine against HPV (the causative agent of cervical cancer) is urgent and strategic to achieve the global health targets. Mozambique is one of the countries with the highest incidence of cervical cancer, and 40 percent of asymptomatic women in reproductive age are estimated to be infected by HPV. In 2013, Gavi funded a demonstration programme for HPV vaccination prior to the introduction of the vaccine at the national level. The programme targeted adolescent girls (10-19 years of age) in three areas of the country.

The goal of this study was to assess the awareness on cervical cancer and HPV infection, and predict the acceptance of HPV vaccination, among adolescent girls in three districts of Mozambique. The survey results show that a great majority of adolescent girls (around 80 percent) had heard of cervical cancer and was aware it could be prevented, although few knew about HPV infection and its association with cervical cancer or the importance of vaccinating before the debut of sexual activity. The results also showed that more than 90 percent of adolescent girls were willing to be vaccinated if the vaccine was available in the country. Awareness and acceptability levels were higher among girls where information campaigns had been conducted as part of the demonstation programme.