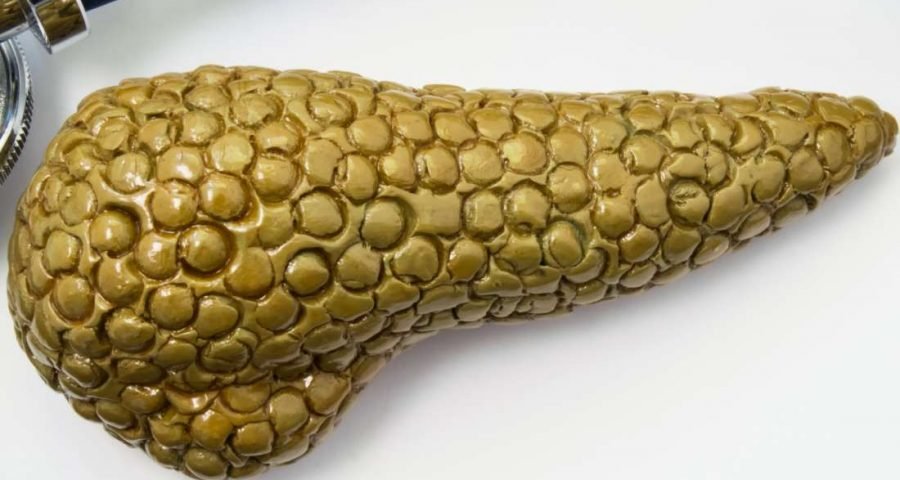 In this article, we look at the symptoms and causes of necrotizing pancreatitis, as well as how doctors treat it.

The pancreas is an organ behind the stomach that makes enzymes to help digest food. When the pancreas is healthy, these enzymes pass through a duct into the small intestine.

If the pancreas becomes inflamed, these enzymes may leak into the pancreas and damage the tissues. This is called pancreatitis.

If the damage is severe, blood and oxygen may not be able to reach some parts of the pancreas, leading to tissue death.

The primary symptom of necrotizing pancreatitis is abdominal pain. A person may feel abdominal pain in several places, including:

Pain may be severe and can last for several days. Other symptoms that may accompany pain include:

Necrotizing pancreatitis may lead to a bacterial infection and sepsis if left untreated.

Sepsis is a condition where a person’s body reacts adversely to bacteria in their bloodstream, possibly causing the body to go into shock.

Shock may be life-threatening, as it reduces the blood flow to major organs. This may damage them temporarily or permanently. Without treatment, a person may die from sepsis.

Necrotizing pancreatitis may also cause a pancreatic abscess.

Pancreatitis is inflammation of the pancreas. The most common causes of pancreatitis are drinking too much alcohol or having gallstones. Gallstones are small stones, often made of cholesterol, that form in the gallbladder.

The two main types of pancreatitis are:

In Europe and North America, 50 percent of acute pancreatitis cases are caused by gallstones, and 25 percent are caused by alcohol.

Pancreatitis may also be caused by:

When a person has pancreatitis, digestive enzymes leak into the pancreas. This causes tissue damage and prevents blood and oxygen from reaching those tissues. Left untreated, parts of the pancreas may die.

Nearby bacteria may then infect the dead pancreatic tissue. Infection is what causes some of the more severe symptoms of necrotizing pancreatitis.

Treatments for pancreatitis include:

Nasogastric feeding is when a person is fed liquid food through a tube in their nose. Feeding a person in this way gives the pancreas a rest from producing digestive enzymes.

The second stage of treatment for necrotizing pancreatitis targets the dead part of the pancreas.

Doctors may need to remove dead tissue. If the tissue has become infected, a doctor will also prescribe antibiotics.

To remove dead pancreatic tissue, a doctor may insert a thin tube called a catheter into a person’s abdomen. They will remove the dead tissue through this tube. If this does not work, open surgery may be required.

According to a 2014 study, the best time to perform surgery is 3 or 4 weeks after the onset of the condition. However, if a person is very unwell, surgery to remove the dead or infected tissue may need to happen sooner.

If a person develops sepsis from an infection caused by necrotizing pancreatitis, this may be life-threatening. To treat sepsis, a doctor will give a person:

Treating the early signs of infection is the best way to prevent sepsis.

It is not always possible to prevent pancreatitis and its complications. However, they are less likely to occur if a person has a healthy pancreas.

The following may help support the health of a person’s pancreas:

If a person has any symptoms of pancreatitis, they should speak to their doctor. Early treatment is the best way to reduce the risk of necrotizing pancreatitis or other complications.

It is essential to recognize the symptoms of necrotizing pancreatitis and speak to a doctor immediately. Getting the right diagnosis and treatment is the best way to reduce complications.

Without treatment, necrotizing pancreatitis may lead to an infection or sepsis. This can lead to life-threatening organ damage.