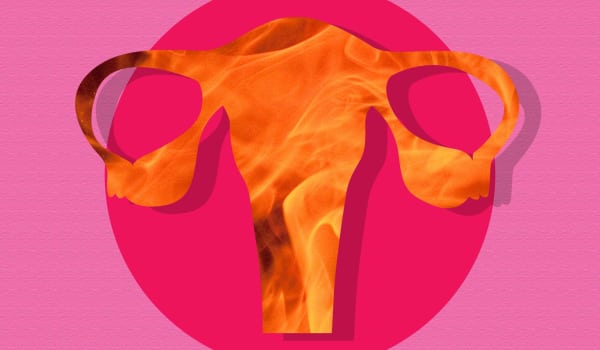 My late teens and early 20s were filled with unexplained symptoms. It took me a while before I began thinking there may be a link between my headaches, fatigue and dizziness. I didn’t know what to do about any of it because I had trouble even describing what I was feeling. Then I began fainting and over the years had doctors that were able to take symptoms and diagnose me with an illness called postural orthostatic tachycardia syndrome, along with a few comorbid disorders.

POTS is a disorder of the autonomic nervous system and a form of dysautonomia. Basically, it is the body’s failure to recalibrate blood pressure upon standing. While it sounds like POTS is only harmful when someone with the illness stands, it actually causes symptoms throughout the day, often seemingly for no reason. I feel the impact from POTS even when I’m sitting and lying down.

As time passed, I began noticing that once a month, my POTS symptoms would get worse. I would be dizzy more often. I was more fatigued than normal. My muscles ached, and my cognitive dysfunction grew worse. Then I realized my symptoms always seemed to get worse right before my period started, right around the time my estrogen levels dropped.

I mentioned it to the doctor I had at the time, but he dismissed my suspicions and told me I had nothing to worry about. Eventually, I moved on to a better doctor at a better hospital. This doctor was a POTS expert and during my first appointment with him, he verified what I suspected all along: POTS gets worse during menstruation and menstruation is worse because of POTS. My doctor told me it was actually pretty common for people to experience more severe symptoms while on their period. It felt incredible to have a doctor validate my experience after years without it.

The study also concluded that people with POTS are more likely to have abnormal periods, with 37 percent of POTS patients reporting amenorrhea compared to only 16 percent of people without POTS. Reports of endometriosis, uterine fibroids, galactorrhea and ovarian cysts were also found to be significantly higher for people with POTS. A similar study published in the journal Clinical Autonomic Research on menstruation and vasovagal syncope, another form of dysautonomia, came to similar conclusions, and another report published in the International Journal of Gynecology & Obstetrics says that 80 percent of people have worse symptoms while on their period.

Why are periods so bad for people with POTS? For the same reasons they’re bad for everyone else. Estrogen and progesterone levels in the body drop, which causes the uterine lining to be shed and period symptoms to happen. Symptoms just happen to be harder on people with POTS than they are for the average person.

According to Dr. Roderick Santa Maria, who specializes in dysautonomia and POTS, POTS patients will “feel the acute loss of blood volume” during menstruation. This makes them “feel drained and [will] exacerbate all of their usual symptoms… including fatigue.” Santa Maria tells HelloFlo that it is during this time that “POTS patients may feel their worst.” Without a cure for POTS, it is something that must be endured.

POTS is often described as a “misunderstood” condition because the cause of it varies from person to person and is often unidentifiable altogether. My doctors and I have never been able to pinpoint a cause of POTS for me. However, we have been able to develop some strategies that make my life slightly more manageable. Just not when I’m on my period.