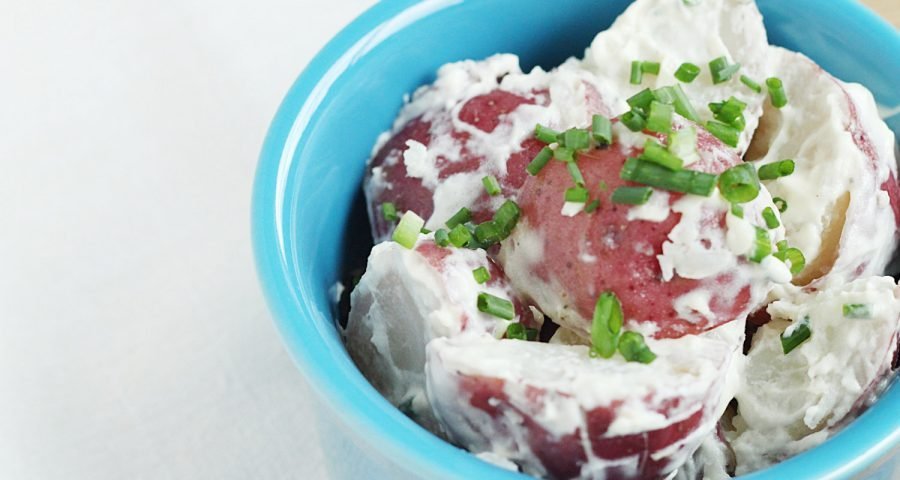 When folks get sick after a picnic, people often blame the potato salad. Or the chicken salad. Or whatever other side dish was made with mayonnaise. But that’s usually not the culprit.

“It’s not always the potato salad…except when it’s the potato salad,” says Ben Chapman, a food safety researcher at NC State University. “There are lots of other foods at a cookout that can also lead to illnesses.”

When it is the potato salad, the culprits are usually Staphylococcus aureus or Clostridium perfringens. And a combination of factors can lead to problems. In most “salads” of this type, low-acid potatoes, chicken, pasta or hard-boiled eggs are added to the mayonnaise. The mayonnaise is acidified to make it safe, but the low acidity of the potatoes (or foods) offsets the acidity of the mayonnaise, creating an environment where bacteria can thrive.

That sets the stage. Then poor hygiene comes into play. S. aureus, for example, can often be found on our faces, particularly around the eyes or nose. So, S. aureus can be introduced to salads when people touch their face and then – without washing their hands – touch the food.

However, in order for bacteria to become a problem, there also has to be “temperature abuse,” meaning that the potato salad isn’t kept below 41°F.

“For example, above 90°F, foodborne pathogens in potato salad increase tenfold in as quickly as an hour,” Chapman says. “In ideal temperatures for bacteria, such as body temperature, bacterial populations can double in less than 20 minutes.”

So, it’s rarely the mayonnaise. Instead, it’s the combination of mayonnaise and other salad ingredients, plus poor hygiene and poor temperature control.

But, in rare cases, it can be the potatoes. An outbreak of botulism poisoning in 2015 stemmed from potato salad made using potatoes that had been canned improperly by a home cook.

“Potatoes need to be ‘pressure canned,’ using a boiling water bath,” Chapman says. “These potatoes weren’t, which led to 29 illnesses and two deaths – the largest botulism poisoning in 40 years.”

Why It’s Not the Mayonnaise (And When It Could Be)

A big reason that mayonnaise rarely causes foodborne illness these days is that most people buy their mayonnaise, rather than making it from scratch.

“Commercially produced mayonnaise is acidified to reduce spoilage and kill off human pathogens,” Chapman says. “It’s really low risk on its own.”

However, many mayo recipes for the home cook don’t include acid, which makes it possible for pathogens – like S. aureus, C. perfringens and Salmonella – to grow and become a health risk.

“So, if you’re making mayonnaise at home, pick a recipe that uses pasteurized egg products and incorporates acid – such as vinegar or lemon juice – to reduce risk” Chapman says. “And refrigeration is still incredibly important, as recipes may not incorporate enough acid to address risks.”

If it’s probably not the mayonnaise salad, what are the more likely culprits behind foodborne illness? The answer may surprise you.

That does not mean that you shouldn’t eat your fruits and veggies. Just beware of risks.

That said, you can still take steps to reduce risk

First, you really want to avoid cross contamination, which is when pathogens from uncooked food (like raw meat) are transferred to food that’s ready to eat. That can happen if you don’t wash your hands, for instance, or if you use the same cutting board for cutting chicken and preparing salad.

You can also reduce risk by washing your produce – though that won’t eliminate risk altogether.

And, if you are growing your own fruits and vegetables, make sure you’re that you are following some fundamental food safety guidelines for gardeners: using a clean water source (not your rain barrel); keeping wildlife from contaminating your garden; keeping your hands and gardening gear clean; and not using uncomposted manure.