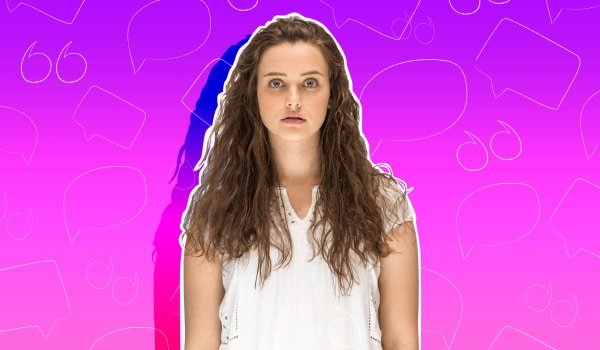 The other day, I was asked to sign a card for an athlete in critical condition from attempted suicide. I hesitated.

What do I write to a teenager with so much angst that suicide became his sole option? I could write, “Get well soon,” but who in that situation would want to read those words?

I almost wrote, “We need you on the track,” but “need” seemed inappropriate. Is it ever acceptable to say, “We need you” when someone is suffering from such emotional pain? I settled on the following: “We miss you at track. Sending warm thoughts your way.”

Thoughts for such occasions are ineffable. While there might not be the right words to say, there are the wrong ones. Based on my personal struggles of living with mental illness along with my studies in mental health counseling, the following statements should be avoided when you are conversing with someone who is depressed or suicidal:

“You’re so desperate for attention.”

One of the biggest misconceptions is that people expressing suicidal thoughts are seeking negative attention — this is far from the truth. Yes, some might be looking for slight attention, but only because they’re desperately seeking your help. When people share their ideations with you, they trust you. While this can be an immense onus, you should try offering comfort rather than exacerbating their feelings. Arguing that they are seeking attention only affirms their feelings of inadequacy and loneliness.

“You’re not serious. If you were, you’d be doing it instead of talking about it.”

Actions speak louder than words — or so we tend to believe. But with suicide, everyone must be vigilant. Yes, people often speak without thinking, but as a listener, you must consider the context in which such statements are said. Is the person stressed about a school exam and saying out of frustration, “I just want to die!”? This person is most likely feeling overwhelmed and needs some time to work through it. However, if the person persistently speaks of self-harm, then you should be concerned.

Such statements could be cries for help. Claiming that the person is lying implies that you don’t care. But when people are this vulnerable and irrational, you must consider how your insensitive statements could be negative encouragement. Now they must prove to you that they’re serious about death — you just gave them a reason to pursue it.

“You need help. Go to a doctor or a professional.”

While this is good advice, you must understand that not everyone wants help that way. These people are confiding in you because they want your help — not that of a stranger. You might not be an expert, but you can try your best to be supportive and comforting by simply listening. Telling those who suffer to get help suggests that you personally don’t care for them and don’t want to bothered.

Also, consider how your statement could worsen their feelings. You’re inadvertently implying that they’re not OK and they need to be “fixed.” While this might not be your intention, you must consider their current mindset. As time passes, you can suggest a therapist, but offer to go with them.

“People are in worse situations than you, so be grateful for the life you have.”

True. There are people in worse circumstances, but those living with mental illness are often in similar situations as those facing the most dire conditions — hopelessness, desperation, confinement, abuse — and trying to minimize their own experience isn’t going to help.

“Can’t you see how much you mean to everyone? Everyone loves you.”

Ah, yes — the “suicide is selfish” claim. But living with depression can be intolerable, and people with it often prolong their lives for their loved ones’ sakes. In this sense, these individuals are truly altruistic — they endure for their loved ones.

Former track star and all-American teen Madison Holleran affirmed this in her suicide note. Borrowing a line from Virginia Woolf, she depicted her inner turmoil: “I thought how unpleasant it is to be locked out, and I thought how it is worse perhaps to be locked in.” Similarly to Woolf, Madison couldn’t “fight any longer” — just like other victims, she endured for as long as she could.

“Are you going to do something stupid?”

Well, that depends on your definition of “stupid.” What you think is stupid might be brilliant to the person dealing with mental illness. Don’t insult the person’s ideas, but don’t encourage them either. Be an active listener to show that you care. In this case, actions do speak louder than words.

“Suicide is a permanent solution to a temporary problem.”

Yes, this is true, but when people are depressed, they feel trapped, and they want a permanent solution, so such a statement would be futile.

“Focus on the positives in your life.”

When living with mental illness, people’s self-perceptions are often skewed. To them, the positives are nonexistent. You can reiterate this as many times as you want, but you will sound like a broken record.

“Do something that will get your mind off it.”

The problem with mental illness is that it consumes the mind — negative thoughts and feelings are constants. Regardless of what people do, they are trapped in that miserable mindset. The mind is the most powerful part of the body, so doing something that will take their mind off their troubles is much easier said than done.

When a person is contemplating suicide, you should avoid the how and focus on the why or what — “Why do you feel this way?” “What caused these thoughts?” Keep in mind, however, that no single event leads to suicide — rather, a series of events gradually build until the person envisions an indestructible wall. While on the brink, the sufferer begins to lose hope.

Though you want to help, threatening to call 911 only exacerbates the situation. An already vulnerable person courageously divulged a sensitive thought to you. Calling 911 could be perceived as an act of betrayal. Using this threat could even be frightening enough to expedite the impending suicide. Though your action is well intended, it could have a converse effect.

“You’re too depressing to be around.”

A person with depression will most likely agree and think, “I’m too depressing to be around me too!” If anything, you just validated that person’s feelings of worthlessness and corroborated the need to terminate life.

So before you speak, try to view the situation from the other’s perspective.

If you or someone you know is feeling suicidal, you can call the National Suicide Prevention Lifeline at 1-800-273-8255.