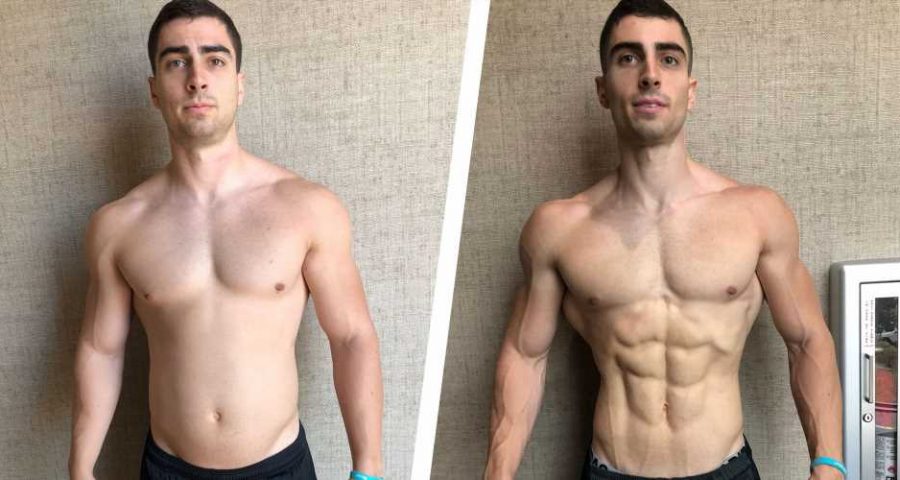 Chris Aimetti loved working out, and even considered himself a bodybuilder. “I honestly can count the number of planned training days I’ve skipped since middle school on one hand,” says the 25-year-old loan officer assistant from Broomfield, Colorado. “Staying on a diet, however, is a different story. That’s much more difficult for me.” Despite distance running and regular workouts, he kept gaining weight as he got to college, making him doubt whether he could be committed enough to reach the next level in his bodybuilding.

At his heaviest, he was 210 pounds. It hadn’t been a sudden gain—more like a drift—and while he felt different physically (pull-ups were more of a challenge), the real impact had been to his confidence. “I just didn’t like the way I felt. I was unsure of my goals and that led me to be unsure in other areas of life,” he says. He felt like he was drifting off track.

Right around that time, he heard from Erika Patterson, a trainer at Life Time. She’d heard he wanted to compete in bodybuilding, but wasn’t sure where to start. She convinced him to take on a 60-day challenge under her guidance. “Since day one, Erika had confidence in me and really encouraged me to go for it and supported me where I needed it along the way,” he says.

Patterson had him increase his training volume and intensity, focusing on hypertrophy, with basic movements and eight to 12 reps. She helped him refine his diet, ratcheting down the calories while upping his cardio. He kept his protein intake at a moderate level, but says there wasn’t anything too complicated about his diet—he didn’t cut out carbs, for example. “I hardly noticed because they were such small, incremental changes,” he says. They took weekly accountability pictures and weigh-ins.

In 60 days Aimetti lost 30 pounds, dropping from 13 percent body fat down to four percent. He made it to the national finals for Life Time’s 60-day fall challenge. He says he’s in the best shape of his life, and the transformation happened so quickly that people noticed right away. “One lady at work even asked if I got a face job,” he says. 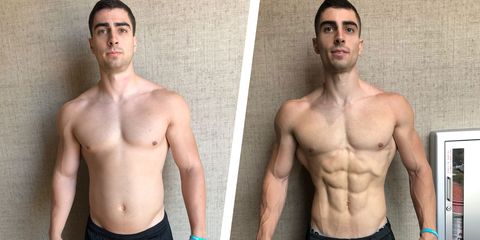 More than just his appearance, though, he’s grateful for a renewed sense of confidence and purpose. He rediscovered his passion for bodybuilding, and now has a guide to pursuing it. “I’m really happy with what I accomplished,” he says, “mostly because now I know what I can do and how far I can push.” He sees bodybuilding as his driving discipline, pushing him forward every day.

To anyone trying to reignite their own passion for fitness, he says, “Have a vision, trust the process, and stop thinking hard is bad.” Decide who you want to be, find the path to get there, and then realize that there will be challenges along the way. “So, when adversity inevitably comes, embrace it.”