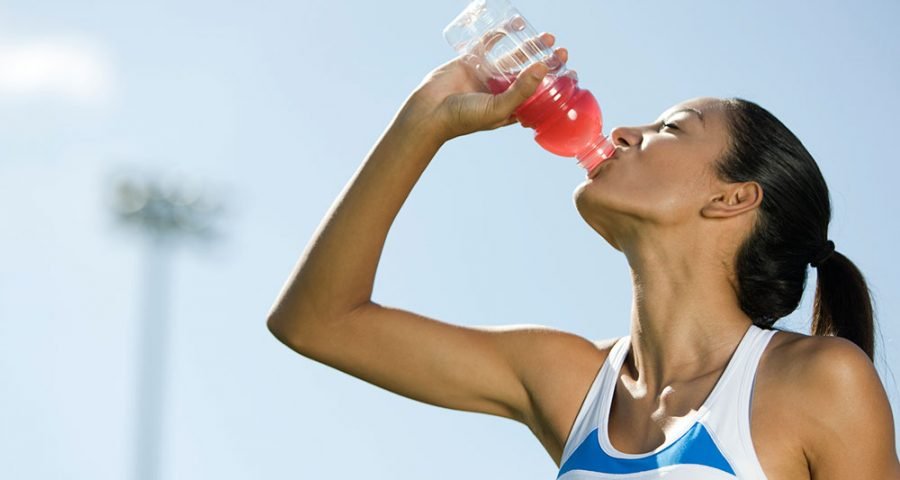 Unless you want your sweat sesh to turn into a struggle-fest, hydrating before a workout is clutch. “When your body is dehydrated, you don’t have the proper muscle power, accuracy, and balance you need to complete a decent workout,” says nutritionist Angela Onsgard.

But what you put in your body pre-workout definitely matters. According to Columbia University, you’re supposed to drink water two hours before a workout, during warm-up, and every 10 to 20 minutes depending on the amount of sweat you’re producing. That’s a lot of liquid—so you best be sure you’re sipping the right stuff.

Here what you should never chug before a workout.

MILK-BASED ENERGY DRINKS
“Dairy-containing beverages are better to consume post-workout as opposed to before or during,” says Onsgard. Since milk contains protein, carbohydrates, and fat, it takes a lot of time to digest, she says. (And that’s not a good thing when you’re trying to bang out burpees.) Instead, swig whey protein packets mixed with filtered water for some mojo. You’ll get the benefits of the protein, minus the fat and longer digestion time you’d get with dairy.

SUGARY FRUIT DRINKS
“Most fruity drinks are loaded with high-fructose corn syrup (HFCS), a manmade sweetener that’s been shown to initiate liver dysfunction, metabolic syndrome, and obesity,” says Onsgard. Instead, liven up your water bottle with fresh citrus fruits, berries, mint, or basil. “Or opt for coconut water, which replenishes the electrolytes you’ll lose during your workout,” Onsgard says.

BOOZE
This one might sound like a given, as not too many people charge up for a workout with a round of beers, but even sipping on a cocktail hours before you work out is no good. “Alcohol is dehydrating, inflammatory, and negatively impacts balance and decision-making,” says Onsgard. Not ideal when you’re trying to decide how much weight to lift. “If you need a pick-me-up, have some coffee of the dark roast variety (which has less caffeine than lighter roasts),” Onsgard says. “It can increase alertness and improve exercise performance.”

CARBONATED BEVERAGES
Fizzy drinks can cause bloating, abdominal pain, and gas (as if getting through your workout wasn’t hard enough). They also contain significant amounts of sodium, which draws water out of the body’s cells and can cause dehydration. If you’re a diet Coke fiend, know that most brands contain aspartame, anartificial sweetener that’s been linked to a number of side effects such as migraines, dizziness, memory loss, and mood swings. “Instead, go for an iced-cold green tea drink,” says Onsgard. “It’s naturally high in antioxidants and is shown to reduce the risk of several types of cancer.”

SPORTS DRINKS
“You might get some added vitamins and electrolytes from some sports drinks, but the high sugar content goes right through your system to cause an energy crash later on,” says Onsgard. “It can wreak havoc on your hormonal system and is a strain for your body to process, on top of the repairing requirements that follow a workout.” Instead, gulp down some additive-free tomato juice, which provides potassium, has natural sugars, and promotes healthy blood pressure.