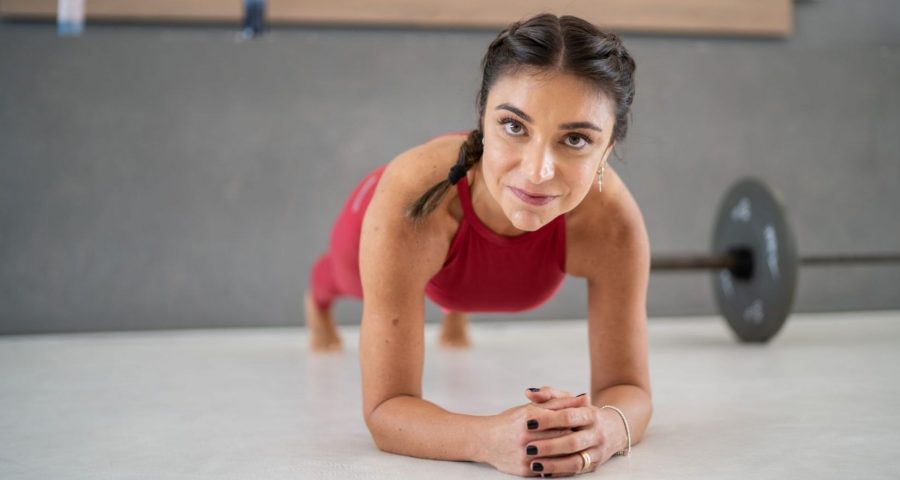 Can you out-run a sedentary lifestyle? New research would suggest that what you do in the gym is enough to offset the hours you spend at your desk.

We’re constantly being told how bad it is to sit down all day – so much so that we’ve developed standing desks, watches that alert us when it’s time to move and an obsession with our step counts.

But if you’re a desk-bound worker, don’t panic about your health. There’s one very simple way to counteract the impact of sedentary behaviour -–and it doesn’t involve distracting alerts telling you to pace around your kitchen. It’s simply doing a workout.

New research by Boston University School of Medicine has found that dedicated exercise of moderate-to-vigorous levels was the most efficient at improving fitness and long-term markers of health. That’s compared to doing more steps or reducing your sedentary behaviour.

In the study, 2,000 people were monitored for the amount of time they spent sedentary, their number of steps per day and their moderate-to-vigorous activity levels. Eight years later, participants underwent the same tests. Researchers found that there was a correlation between improved cardio-respiratory fitness and recovery and an increase in all three health behaviours – exercising, walking and less sitting. However, those who regularly performed moderate-to-vigorous activity were fitter than those who simply stood and walked.

Sitting at a desk all day can have health impacts – but working out improves fitness.

It’s the first study of its kind to suggest that your workout alone is enough to counteract the impact of sedentary behaviour. Previously, the general advice was always ‘move more, sit less’ – encouraging extremely regular work breaks that are almost impossible to adhere to.

“People throw around guidelines like you have to do 10,000 steps a day and do cardio and do resistance training and stand up every 30 minutes – the anxiety of needing to do all of it is probably worse for your health than the actual sitting,” says Bryna Chrismas, exercise physiologist and associate professor in exercise science at Qatar University.

Speaking of this research, Chrismas says: “There’s going to be some risk in terms of your mortality to sitting for eight hours or so a day. It is nuanced, and it’s more correlation than cause and effect, but this research would suggest that you can reduce your risk of poor health by doing 30-60 minutes of exercise a day.

“We need to stop scaring people into thinking that just because they have a desk job, nothing will save them.”

Are you exercising too much during lockdown? Why it’s time to turn off “beast mode”

In fact, the paper suggested that those with a high number of daily steps or who engaged in vigorous exercise still improved their fitness regardless of whether or not they were sedentary for the rest of the day. Focusing on just one goal rather than constantly worrying about your activity is enough to support your body and mind.

How much exercise do you need to do to improve your fitness?

The study found that increasing your moderate-to-vigorous activity by 17 minutes, walking an extra 4,312 steps or reducing your sedentary time by 249 minutes a day improved cardiovascular fitness by 5%. That’s proof of the impact of a high heart rate – a quarter of an hour of vigorous movement is a much more attainable goal for many people.

Bear in mind that the NHS does advise adults do at least 150 minutes of moderate-intensity activity a week, including weight-bearing activities on two days each week.

We need to stop scaring people into thinking that just because they have a desk job, nothing will save them

Let’s talk about what exactly moderate-vigorous activity is, though. According to the NHS, moderate activity is getting your heart rate up to a point where you can talk but not sing. They suggest brisk walking, riding a bike and dancing. Vigorous activity is just slightly more intense: you probably can’t easily hold a conversation during it. Activities such as running, swimming, uphill or fast bike riding and even walking up the stairs count.

The takeaway? You can stop stressing about your work-activity balance. Sitting down all day isn’t joyous, nor the most health-improving activity, but you don’t need to be thrashing yourself in the gym for hours and hitting five figure step counts every day just to look after yourself. Instead, try to prioritise a vigorous workout and, if you can, a lunchtime walk. Improving your health has never been simpler.