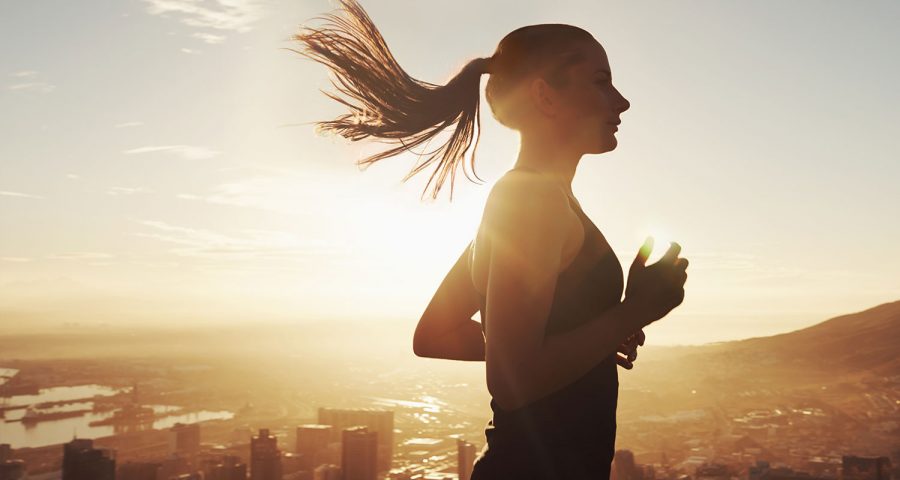 We’ve all been there: You’re in the middle of a sentence when suddenly you can’t remember the next word or the name you want to say. It’s on the tip of your tongue, but you just can’t get it.

As it turns out, new research says these instances are less common for aerobically fit individuals than they are in sedentary people because exercise can help power the areas of your brain that control language processing. Meaning, runners like you are probably quicker to find the words you’re trying to say.

First, everyone was asked to name famous people in the United Kingdom based on 20 questions about them. Then, they were given definitions that they had to tie to the correct word. Researchers found that in general, the older group had a harder time with the task, so only their aerobic fitness levels were assessed on a stationary bike.

“I predicted that there would be benefits for language processing in elderly persons,” lead study author and researcher at the University of Birmingham Katrien Segaert, Ph.D., told Runner’s World. And she was right. Older adults who had higher aerobic fitness levels were less likely than older adults who weren’t aerobically fit at all to experience what are called “tip-of-the-tongue states,” or instances where you know a word or name, but you’re unable to produce it.

Why exactly? The study states that aerobic exercise has numerous brain benefits—for example, it increases the amount of grey matter you have, which is the part of the brain that processes information. So people who have been running or exercising regularly for a long time have more grey matter than those who haven’t been as active for as long, and are less likely to experience tip-of-the-tongue states when they get older.

While Segaert says this particular study only pertains to healthy adults between 60 and 80 years old, previous research has shown that running boosts brain power in people of all ages. As we’ve previously reported, the more you run, the more fuel your brain stores. Researchers believe that more glycogen stores increase cognitive function, just like more glycogen stores increase muscle function.

Running also triggers the formation of new nerve cells and blood vessels in the brain and increases the volume of the hippocampus (a part of the brain associated with language)—which Segaert mentions in her study.

So if you need yet another reason to continue logging your miles on the regular, just think: You’ll be less likely to get stuck awkwardly trying to find the name of the new person in your running group—which we can all agree, is a good thing.