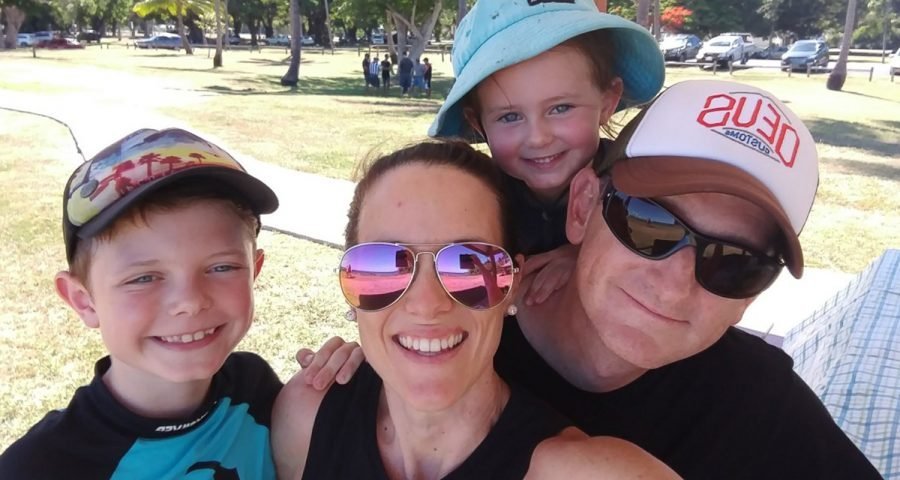 Monique was just 18 when she first noticed a constant, dull ache in her lower abdomen.

“Being so busy with work and life I ignored it,” she recalls. “I was young and thought I was invincible. I had the attitude that nothing major could be wrong with me.”

It was only when the pain began to take her breath away that she considered it dire enough to have it checked out by an expert. The diagnosis? A cyst on her right ovary that could potentially become cancerous if not immediately removed.

“I was 21-years-old, I had just started my career with the QLD Police Service. At this time in my life, I had not even begun to think of the repercussions that this diagnosis would have on my health in regards to having children.”

Although she was initially rocked by the close call, Monique was relatively nonchalant about the status of her health. She recovered from the operation and quickly returned to work.

“I thought it was all over, but this was not to be the case.”

Four years later Monique found herself suffering from such severe stomach cramps that she could no longer stand up straight. She was admitted to hospital where scans showed that another cyst with malignant potential had engulfed the same ovary. But this time, the situation was much more serious.

“The doctors couldn’t save my ovary and it had to be removed,” she says. “I knew that as soon as I woke up from surgery something was missing. I felt a strange emptiness inside.”

She was told that she would have difficulty conceiving children thereafter and advised to start IVF sooner rather than later. “If too much time went by I could end up having my last ovary removed and potentially face the biggest threat of all – cancer.”

“I wasn’t thinking about children at all,” she admits. “My relationship with my boyfriend was just starting to get serious… then somehow we started talking about kids! I told him that if it was too much to handle, I’d understand if he wanted to break up. I was barely comprehending it myself. But this wonderful, caring, loving man stood by my side.”

The couple decided they would leave the future of their family up to fate: “If it happened it happened and if it didn’t it didn’t.”

They weren’t waiting long until Monique naturally fell pregnant. By the end of 2009, she had welcomed a little boy to the world and shortly after the pair married. “Life continued and we decided to try for our second child,” she says. And when their daughter arrived without IVF assistance a few years later, things just felt right.

“We were blessed,” Monique admits. “Our little girl was just perfect and our family was complete.”

And then, the pain returned.

“It was vice-like, stabbing, gripping,” Monique explains. “My insides were on fire.”

This time, it was a cyst on her left ovary that was the culprit. “The cyst was removed and pathology showed, for the third time, low malignant potential. As a result, I had immediate follow-up surgery to remove my remaining ovary completely.”

“This was to eliminate the risk of ovarian cancer because due to my history, my risk was extremely high.”

As a result, Monique was medically induced to commence menopause at 32.

“The hot flushes. The night sweats. The anxiety,” I was a complete hormonal mess,” she says.

“I have now managed this through the use of medication but it’s not something that I ever thought I would be doing at my age.”

“The surgeries, the recovery and the toll that all of this has taken on my body and my family. That in itself has been extremely difficult to deal with.”

As a staggering three out of four women who are diagnosed with ovarian cancer die from the disease, Monique counts herself lucky. Still, coming to terms with losing her reproductive organs hasn’t been easy.

“Some days I feel less of a woman because I’m not functioning as I should be,” she says. “The loss catches me off guard but I try not to let it take over.”

Today, Monique is determined to make her health a priority so that if she’s ever faced with another health crisis, she’s in the best condition to fight it. She retired from the police force to establish her own personal training business and is making it her mission to raise awareness about Ovarian Cancer.

“I would like every woman to know that – no matter what pain they might have – if they are ever concerned about anything they should go and see their doctor,” she says.

“Ovarian cancer is difficult to detect and sometimes does not show any symptoms at all. It is important we find the time to look after our bodies. We know ourselves best and sometimes it is just about taking that time out from the every day to stop, listen, think and feel.”