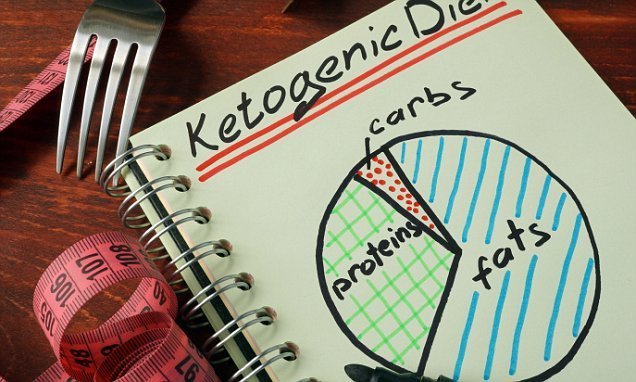 A low-carb diet favored by celebrities could prevent glaucoma – one of the leading causes of blindness – according to new research.

Swapping bread, pasta and potatoes for foods high in fat boosts the optic nerve and its connections to the brain, the study by Northeast Ohio Medical University found.

The so-called keto diet has been embraced by Gwyneth Paltrow, Kim Kardashian, Madonna, Halle Berry, Jennifer Aniston and Sir Mick Jagger, among others.

It has also been shown to ease certain neurological issues like seizures in epilepsy patients.

But this study in mice is one of the first to show that the low fat diet stopped cells in the retina at the back of the eye from degenerating. 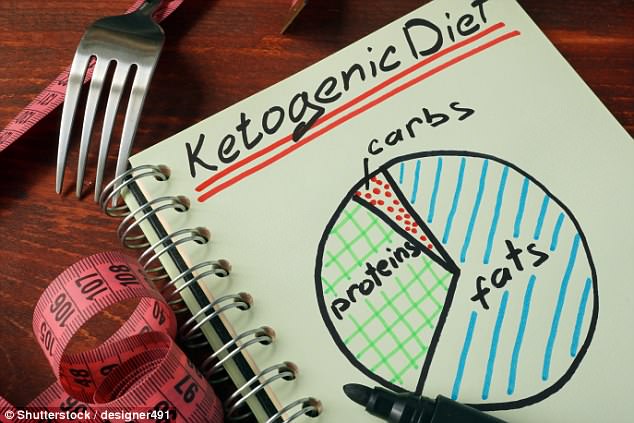 The study published in JNeurosci adds to others that have found the diet protects against brain conditions including Alzheimer’s, Parkinson’s and motor neurone disease

The lab rodents had been genetically engineered to develop glaucoma – but didn’t do so.

Caused by pressure inside the eyes the progressive disease can lead to blindness in one or both eyes.

The study published in JNeurosci adds to others that have found the diet protects against brain conditions including Alzheimer’s, Parkinson’s and motor neurone disease.

Diabetics are more prone to glaucoma suggest a link to stress to the metabolism – the bodily process in which food is broken down and transformed into energy.

So Professor Denise Inman and colleagues fed the modified mice a diet composed of nearly 90 per cent fat for two months.

This maintained the health of the retinal cells by making more energy available to them, they said.

The researchers said a ketogenic diet may help to maintain vision in patients with glaucoma.

Prof Inman, of Northeast Ohio medical University, said: ‘Importantly, the intervention was successful despite the animals being on the cusp of significant glaucoma progression.’

About 600,000 Britons suffer from glaucoma – a permanent narrowing of vision usually caused by damage to the optic nerve.

It results from an excessive build-up of liquid in the eye called aqueous humour. As nerve damage gets worse, vision progressively narrows.

Eye drops are usually given first to those at risk of glaucoma, but used alone these often fail to control eye pressure well enough.

Many then undergo laser eye surgery – but this can also fail to work.

Prof Inman said degeneration of the retina can arise from metabolic stress through damaged mitochondria – tiny bits of DNA that power cells.

She said: ‘We placed both sexes of mice destined to develop glaucoma and mice of a control strain on a ketogenic diet to encourage mitochondrial function.’

After eight weeks there was an increase in mitochondria, more energy availability, less cell damage and better signalling to the brain.

Prof Inman said metabolic decline of nerve cells was reversed ‘as a result of placing the animals on a ketogenic diet.’

The Keto diet forces the body to burn fat for energy – effectively starving it of carbohydrates but not calories.

She said they have been found to improve motor function and cognition in models of Alzheimer’s while decreasing disease progression.

One study found the diet combated motor neurone disease by increasing the number of brain cells.

She said it also changes the metabolic profile of glial cells – found in the central nervous system.