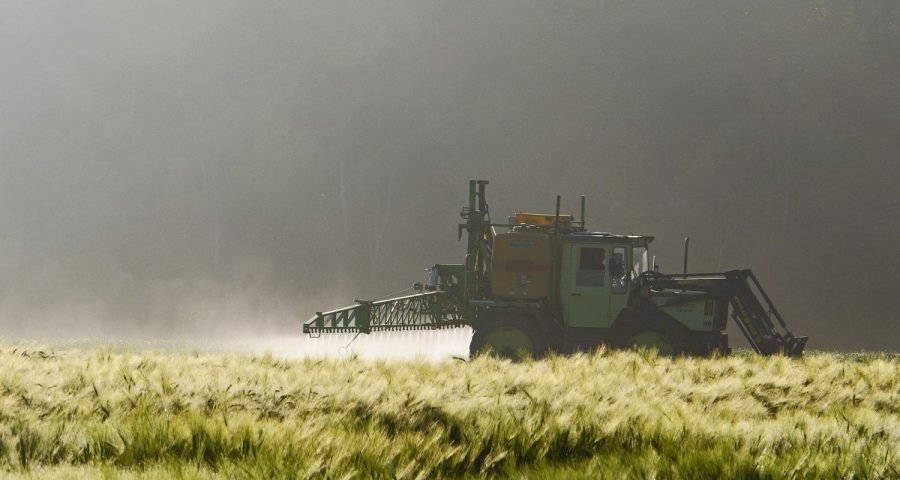 A new University of Guelph study has discovered why exposure to pesticides increases some people’s risk of developing Parkinson’s disease.

Now U of G professor Scott Ryan has determined that low-level exposure to the pesticides disrupts cells in a way that mimics the effects of mutations known to cause Parkinson’s disease.

Adding the effects of the chemicals to a predisposition for Parkinson’s disease drastically increases the risk of disease onset, said Ryan.

“People exposed to these chemicals are at about a 250-percent higher risk of developing Parkinson’s disease than the rest of the population,” said Ryan, a professor in the Department of Molecular and Cellular Biology.

“We wanted to investigate what is happening in this susceptible population that results in some people developing the disease.”

Used on a variety of Canadian crops, paraquat is used on crops as they grow and maneb prevents post-harvest spoiling.

Published in the journal Federation of American Societies for Experimental Biology, this study used stem cells from people with Parkinson’s disease that had a mutation in a gene called synuclein that is highly associated with increased risk of Parkinson’s Disease, as well as normal embryonic stem cells in which, the risk associated mutation was introduced by gene editing.

“Until now, the link between pesticides and Parkinson’s disease was based primarily on animal studies as well as epidemiological research that demonstrated an increased risk among farmers and others exposed to agricultural chemicals,” said Ryan. “We are one of the first to investigate what is happening inside human cells.”

From the two types of stem cells, Ryan and his team made dopamine-producing neurons—the specific neurons affected in Parkinson’s disease—and exposed them to the two agrochemicals.

In exposing cells to agrochemicals, energy-producing mitochondria were prevented from moving to where they were needed inside the cell, depleting the neurons of energy.

Neurons from the Parkinson’s patients and those in which the genetic risk factor was introduced were impaired at doses below the EPA reported lowest observed effect level. Higher doses are needed to impair function in normal neurons.

“People with a predisposition for Parkinson’s disease are more affected by these low level exposures to agrochemicals and therefore more likely to develop the disease,” said Ryan. “This is one of the reasons why some people living near agricultural areas are at a higher risk.”

He said the findings indicate that we need to reassess current acceptable levels for these two agrochemicals.