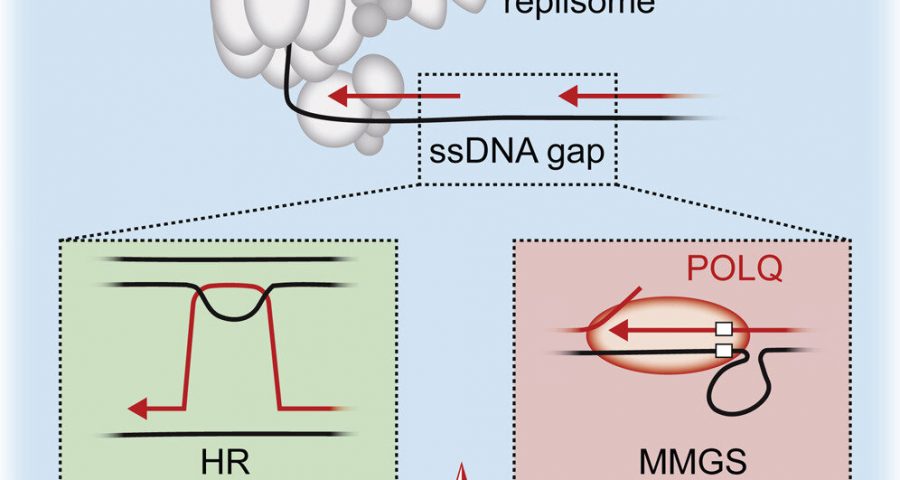 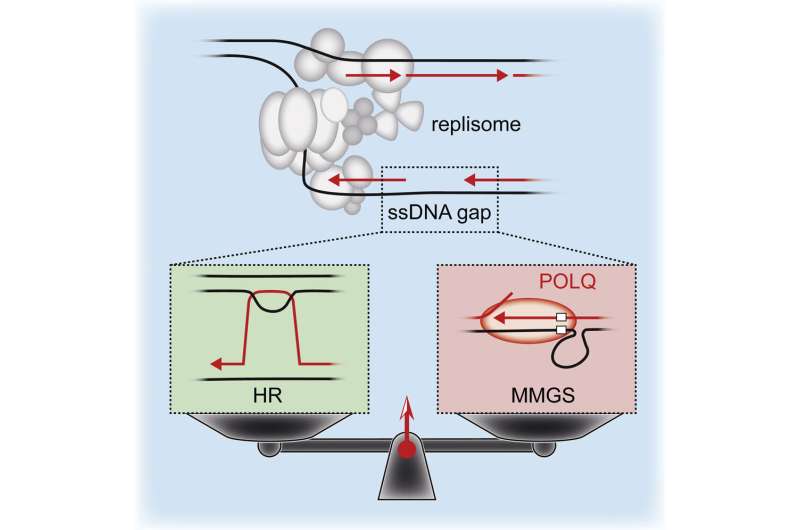 Scientists at the Francis Crick Institute, in collaboration with Artios, have identified how an enzyme involved in DNA repair (POLQ), becomes vital to the survival of certain cancers, if the cancer cells lose the ability to use a more common method of DNA repair.

The work uncovers an unappreciated role for POLQ in responding to DNA replication stress, providing the scientific underpinnings for a Phase I clinical trial evaluating the effects of blocking this enzyme in cancer patients.

Polymerase theta (POLQ) is a DNA repair enzyme that is selectively upregulated and highly active in many types of cancers. Research has suggested that blocking POLQ can prevent some cancer cells from repairing their DNA, ultimately leading to cancer cell death.

“There are several properties of POLQ that make it an exciting target to explore as a potential Achilles Heel for treating different cancers,” explained Simon Boulton, senior author, principal group leader at the Crick and scientific co-founder and VP of scientific strategy at Artios. “POLQ is mainly expressed in cancer cells but is virtually absent in healthy cells. Many cancers become reliant on POLQ to repair DNA damage, a key response important for tumor survival.”

When DNA is replicated, the two strands that make up the double helix are separated, and each strand is used as a template to synthesize a new double helix. However, this process can go wrong, and lead to errors such as the formation of gaps in DNA. There are several types of DNA repair mechanisms that are designed to repair these errors so that replication can continue normally.

POLQ works by filling in gaps in DNA to allow replication to continue and the cancer cells to survive. However, this process comes at a cost since the gap filling activity of POLQ is highly error prone and leads to an increased rate of mutations.

A current study is underway to test POLQ inhibitors in the clinic. Artios, a UK and US-based biotech, is running Phase I clinical trials to evaluate a POLQ inhibitor.

Ondrej Belan, first author and postdoctoral researcher at the Crick, said, “While it is known that blocking POLQ and homologous recombination at the same time hinders DNA repair, our research now provides the scientific foundation to explain how. This mechanistic understanding of how POLQ inhibitors work will help us explore their full potential, including what other treatments they can be combined with and what cancers they are most effective against.”

Simon Boulton added, “Many cancer cells lose the ability to use homologous recombination, such as when BRCA genes involved in homologous recombination become mutated, and become reliant on repair functions provided by POLQ. Artios is the first to test POLQ inhibitors in the clinic on specific cancer types, and we are hopeful that it can be used more broadly across cancer types.”

The DNA repair process by POLQ is prone to errors which introduces variations in the DNA of cancer cells. Researchers hope that drugs that block POLQ can limit mutation diversity and the impact it has on cancer evolution and the development of resistance to cancer treatments.

“The introduction of diversity into the genetic make-up of cancer cells makes it more likely that harmful characteristics will arise. This could be adaptation to low oxygen environments, resistance to treatment, or ability to spread around the body,” continued Simon Boulton. “Being able to slow cancer mutation rates and cancer evolution, a process whereby tumors become more advanced and often harder to treat, can be a highly valuable tool for doctors treating patients with cancers.”