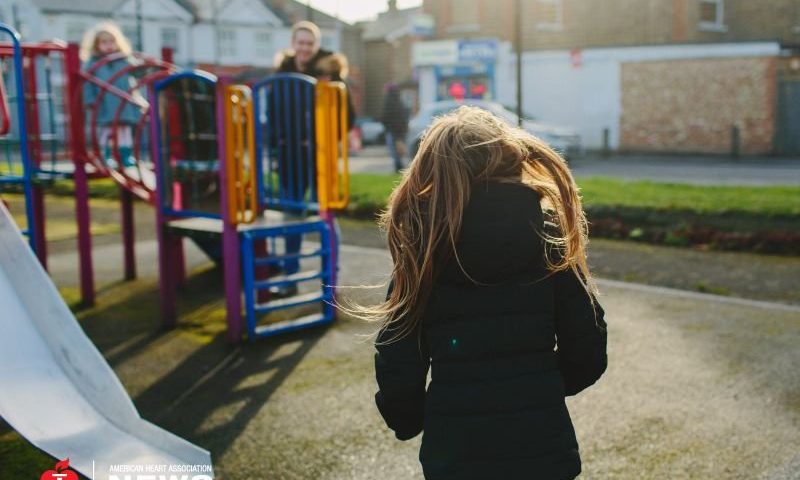 Hanging out with friends can make kids less sedentary, but having inviting outdoor spaces and nearby parks can help them be more physically active, according to new research.

Both are important for kids’ health, said Tracie Barnett, lead author of a study based on data mined from a Quebec-based research group called QUALITY that investigates obesity in children. Barnett focused on neighborhood characteristics and linked them to individual characteristics, including which factors affected how often children were laying around or not getting enough of the recommended daily exercise.

“The more days kids spent doing things with their friends, the less sedentary they were,” said Barnett, a researcher at the Institut Armand-Frappier Research Centre and the Sainte-Justine University Children’s Hospital in Montreal. “It’s tough to get kids to be more active, so maybe we can focus on helping them be less sedentary.”

The study followed 431 children, ages 8-10, for at least 10 hours a day and for at least four days over one week. Two years later, researchers tracked a smaller group of the same children when they were 10-12 years old.

Using monitors to measure minute-by-minute activity, the researchers found that more than one-fifth of children ages 8-10 were excessively sedentary, which they defined as spending at least half their waking hours in low-energy situations such as sitting and watching TV. About 68 percent were deemed “physically inactive,” which meant they weren’t getting the recommended 60 minutes or more a day of moderate exercise.

By ages 10-12, the number of children who were excessively sedentary more than doubled to 56 percent, while 79 percent of them were physically inactive.

“We tend to think of sedentary behavior and physical activity as the opposite sides of a coin but in fact they’re not quite linked in that way,” said Dr. Stephen Daniels, chairman of the department of pediatrics at the University of Colorado School of Medicine.

The study, presented last month at the American Heart Association’s Epidemiology and Lifestyle conference in New Orleans, showed that having good walking paths and being close to parks and schools reduced inactivity levels, but didn’t necessarily reduce the time kids spent reclining and being still.

When parents considered the neighborhood unsafe, kids were most likely indoors, Barnett said. “What are kids doing when they’re indoors? They’re most likely on their screens.”

Encouraging device-free social interactions and outdoor playtime should be as important to parents as fruits and vegetables, she said. She suggests more board games or family walks.

But kids aren’t the only ones spending too much sedentary time in front of screens.

“Some parents are just as attached to their devices,” Barnett said, encouraging parents to not use devices during mealtimes or in the bedroom. “Instead of FaceTime, let’s have some face-to-face time.”

Daniels said more than one-third of U.S. children are overweight or obese, but there are many benefits to physical activity, including weight loss, fitness and even mental health. The most important thing is for children to do something they like.

“Activity has to be fun. If kids are going to keep doing it they have to enjoy it,” Daniels said. Some kids enjoy structured sports, but less athletic kids can walk, hike or do scouting, he said. There’s no one-size-fits-all approach.

Physical education classes and recess during school could help.

“I’d love to see PE every day,” Daniels said. “It’s a guarantee of activity, can help kids be more comfortable with physical skills, and it can actually improve their school performance.”

Recess gives kids an important opportunity for unstructured play, he said. It “represents an essential, planned respite from rigorous cognitive tasks,” according to an American Academy of Pediatrics’ 2013 policy statement touting the benefits of recess.

Barnett’s previous research suggested that having parks and other outdoor recreational spaces close to home made kids more likely to walk to school or walk during their free time.

She also recommends short activity breaks during the school day to prevent excessive sitting from becoming a lifelong habit.