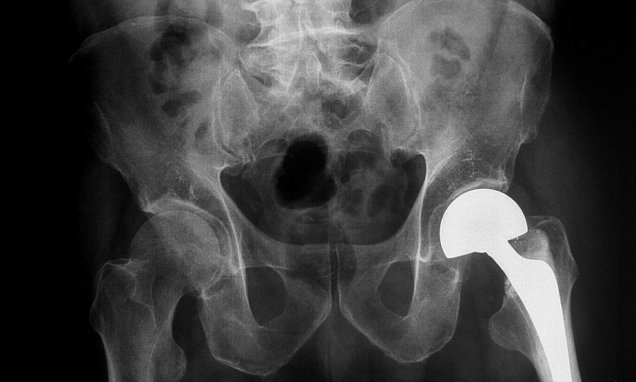 Revealed: How old bones are being recycled to make brand new hips 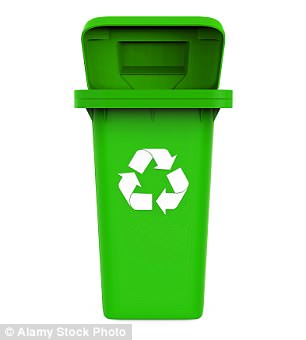 Full circle: The medical advance involves recycling the waste generated by the NHS

A medical advance with a difference — and perhaps not one to read about while eating — involves the waste generated by the NHS.

More than 100,000 tons of medical waste are produced each year, costing the NHS millions of pounds in disposal costs. This includes fat tissue, bone and other body parts removed during surgical procedures, most of which ends up in incinerators.

But now, scientists are using some of these waste products to develop new treatments for patients who need hip or knee replacements.

The plan is to grow new bone and cartilage that is as strong as the original and could last the rest of the patient’s life — unlike many artificial joints that wear out after a few years.

An estimated nine million people in Britain have osteoarthritis. As the body ages, major joints, such as the hips, knees and wrists, experience wear and tear.

The cartilage between bones that previously soaked up the impact from walking, running or lifting breaks down, so bones start to rub together.

As the bones come into contact, the friction makes joints swollen and extremely painful.

Patients rely on painkillers or steroid injections to dampen down the inflammation.

The replacement joints last for around 20 years, until the materials start to break down under the constant strain. Over time, they release tiny particles of metal or plastic, triggering inflammation, which loosens the bond between the implant and the patient’s bone, therefore causing the joint to become unstable.

This means that many people end up needing major surgery again to have a second artificial joint fitted.

But the need for repeat surgery could disappear if a project at the University of Strathclyde, in Scotland, is successful.

Scientists there are buying discarded human hip joints from a local hospital and harvesting from them stem cells to grow new bone and cartilage in the laboratory.

Stem cells can turn into any type of specialist cell, such as skin, muscle or nerve. They can be found in embryos, as well as in some adult tissues, such as the skin, liver, fat and bone marrow. 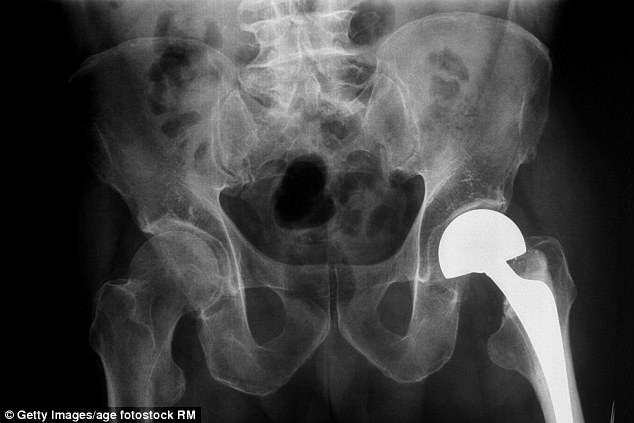 The scientists harvest the stem cells in sterile conditions to eradicate the risk of infection.

The stem cells used to make joints — periosteum-derived stem cells — are difficult to access in a patient, as they would have to be carefully extracted from the surface of the bone, which would be extremely painful.

So using a patient’s own cells to treat their osteoarthritis is almost out of the question.

But harvesting millions of stem cells from joint tissue that is being thrown out could be a solution.

The scientists in Scotland will extract the cells and, once they have sufficient numbers, will use a 3D printer to construct part or all of a knee or hip joint, building up layers of bone cells to reproduce the structure of a joint, before adding cartilage cells to act as a protective layer over the top.

The three-year project is due to end in 2020 and, if successful, it could mean patients are fitted with new, long-lasting joints made from recycled tissue and built to fit their exact shape and size, rather than off-the-shelf man-made ones.

Similar work is also under way at the Cleveland Clinic in Ohio, in the U.S.

Researcher Dr Ulf Knothe, an orthopaedic surgeon at the clinic, says: ‘These cells are great at building bone and cartilage and we are able to get them from tissue normally discarded after a joint replacement.’

However, it’s not just joints salvaged from the bin that are proving useful.

Researchers at the University of Cambridge are investigating whether body fat removed during liposuction could be beneficial.

The four-year study, which began in 2017, aims to see if stem cells harvested from this waste fat can be used to grow new cartilage for use in osteoarthritis patients.

Scientists extract stem cells from the fat, then add growth factors — naturally occurring chemicals that are found in bone marrow — to stimulate the stem cells to turn into cartilage.

Professor Brendon Noble, chief scientist at the UK Stem Cell Foundation, says: ‘Using medical waste is fairly standard in research and is becoming more so in the development of new treatments.’

He adds that patients may not reject the new tissue because, some experts claim, cartilage is ‘immune privileged’.

This means that it is one of the few body parts less likely to be rejected by the immune system when transplanted into someone else’s joints.