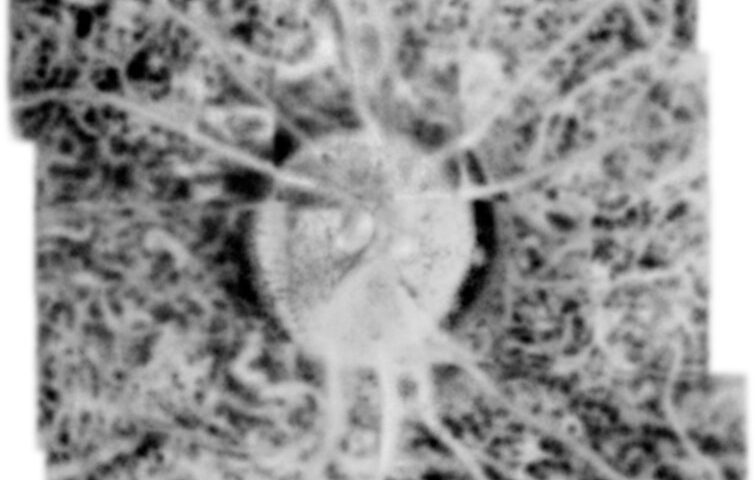 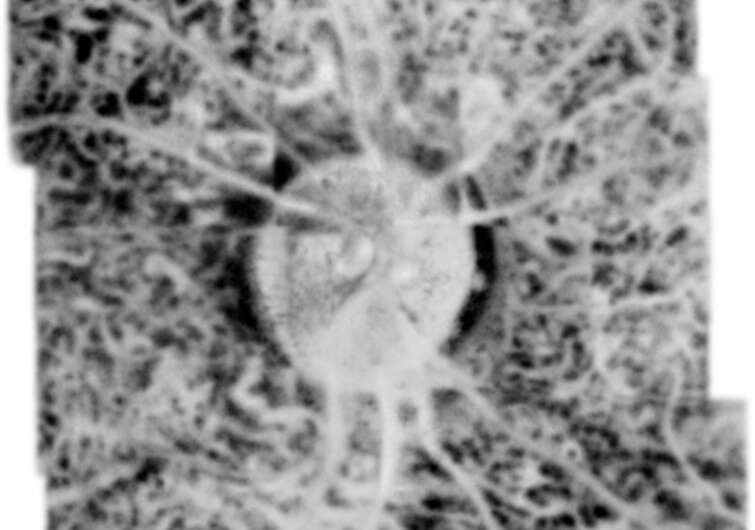 Modern imaging of eye tissues would not be possible without the use of Optical Coherence Tomography (OCT) scans. This method, one of the world’s most popular and accurate diagnostic techniques, has enabled us to understand more fully the mechanisms of many diseases and to select therapies more effectively. However, OCT is not a perfect technique. Coherent noise and/or limited axial range have prevented high-resolution imaging, as well as precluding full penetration of all layers of the retina and choroid.

Researchers at the International Centre for Translational Eye Research (ICTER) found a way around these limitations and developed Spatio-Temporal Optical Coherence Tomography (STOC-T). The latest research by the team led by Prof. Maciej Wojtkowski confirms that this method makes it possible now to view the retina and choroid with high resolution at distinct depths in the frontal section.

The eye only sometimes reveals everything.

Imaging technologies such as scanning laser ophthalmoscopy and angiography with fluorescein (AF) or indocyanine green (ICG) dyes have translated to more accurate treatment of many eye diseases, but OCT has remained as the gold standard of clinical care. It is painless and non-invasive, but its limitations (noted above) make it challenging to distinguish essential morphological elements of the eye.

OCT angiography (angio-OCT) makes it possible to visualize the microcirculation of the retina and choroid without injecting dyes, but the image quality still leaves much to be desired, and in many cases is not better than classic OCT. The imaging difficulty is exacerbated by the structural complexity of the choroid, as well as its functional diversity, including nourishing the outer layers of the retina.

The choriocapillaris (CC), retinal pigment epithelium (RPE), and photoreceptor cells constitute a unified metabolic complex whose structural and functional integrity is crucial for visual function. Monitoring disruption of this tripart complex is essential for documenting retinal dysfunction, including age-related macular degeneration (AMD), diabetic retinopathy, uveitis, or other degenerative diseases of the retina.

The best currently available (though imperfect) method for visualizing choroidal vessels is ICG angiography, which is time-restrictive, allowing vessel observation only for a short time after dye injection. ICG angiography, however, cannot distinguish the different layers of the choroid nor reveal the complexity of the CC, which can only be seen to a limited extent with angio-OCT; but angio-OCT also falls short.

Thus, angio-OCT images obtained at different depths of the choroid have been shown to have a similar appearance, suggesting that they may contain other layers, including the Sattler layer. Overall, the inability to distinguish among the layers makes any quantitative analysis of vessel density pointless.

Now, Prof. Maciej Wojtkowski’s team at ICTER, in a paper titled “Spatio-Temporal Optical Coherence Tomography Provides Full Thickness Imaging of the Chorioretinal Complex,” has shown that retinal images obtained using STOC-T maintain a uniform resolution of ~ 5 μm in all three dimensions, across a thickness of about 800 μm. This, in turn, allows them to obtain high-contrast, volumetric images of the choriocapillaris with reduced scattering effects.

“We applied known data processing algorithms and developed new ones to handle and process the acquired data sets to obtain high-contrast 3D data (volumes) for the retina in large fields of view. The technology and algorithms made it possible to image the retina and choroid at high transverse resolution at different depths, making the differentiation of morphology visible for the first time within the Sattler, Haller, and choriocapillaris layers,” says Prof. Maciej Wojtkowski of ICTER.

The main limitation for clinical application of this breakthrough technique is the current camera price, around 100,000 euros. The ICTER scientists expect that as the volume of camera production increases, the cost would gradually drop, although it is difficult to predict to what level. Indeed, many research facilities need help to afford such an expensive tool.

STOC tomography enables distinct imaging of all primary layers of the choroid while making difficult-to-image layers visible over a large transverse and axial range. The data can only be analyzed offline due to the low transmission speed between the camera and the computer. Considerable computer processing power is required to process all the vast amounts of data generated, but this can be reduced somewhat by using machine learning algorithms such as deep learning.

Using STOC-T for retinal imaging makes it possible to reconstruct the morphology of the cones of the human eye in a non-invasive manner. Thanks to the camera above, the STOC-T method makes it possible to capture the retina in a fraction of a second and record its entire depth in extremely high, unprecedented resolution.

In clinical practice, even before the patient has time to blink, his or her eye will already be fully imaged, with an accuracy that allows single cells to be viewed. STOC tomography has the potential to usher in a new era in the diagnosis of eye diseases, although much more practical refinement needs to be done before it can be routinely disseminated in the clinic.

The findings are published in the journal iScience.