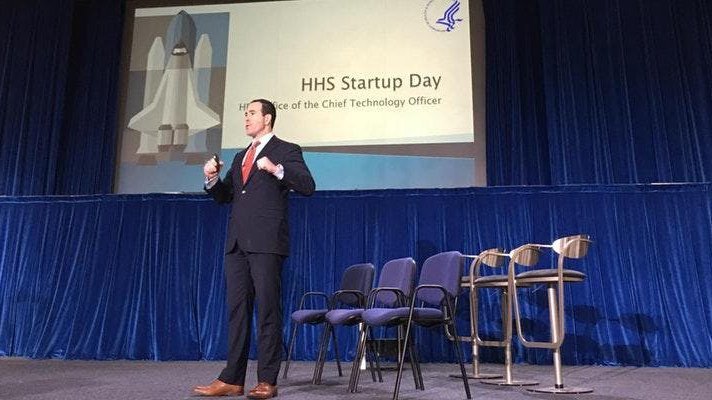 To bring startups together with government agencies as prospective customers, the U.S. Department of Health and Human Services is bringing its Startup Day to Chicago on May 24.

“The government is in dire need of a lot of solutions startups are creating,” said Neil Patel, Executive Vice President of HIMSS Healthbox. “But there are several problems, such as bureaucracy, and government officials reluctance to meet with companies unless a former congressperson or lobbying organization makes it happen.”

While HHS has already held such the first startup days in Boston and Washington, D.C., the agency collaborated with HIMSS Healthbox on the Chicago event, which is also supported by the healthcare incubator Matter, 7wire Ventures, BlueCross BlueShield Venture Partners and Pritzker Group and Sandbox Industries.

Half-a-dozen startups will make pitches to a panel consisting of leaders from as the Centers for Medicare and Medicaid Services, the Office of the National Coordinator for Health IT, the National Institutes of Health, as well as HHS CTO Bruce Greeenstein.

Patel said that a national healthcare provider and an official from either Veterans Affairs on Indian Health Services will also be on the panel, asking questions and offering advice.

The idea is to “bring key agency leaders to talk to innovation ecosystems around the country, talk about problems and where they can help,” Patel said. “There’s no promise of any sort. The goal is to provide learning from the broader audience about how government can work with startups and, in turn, innovators will learn how to work with government.”