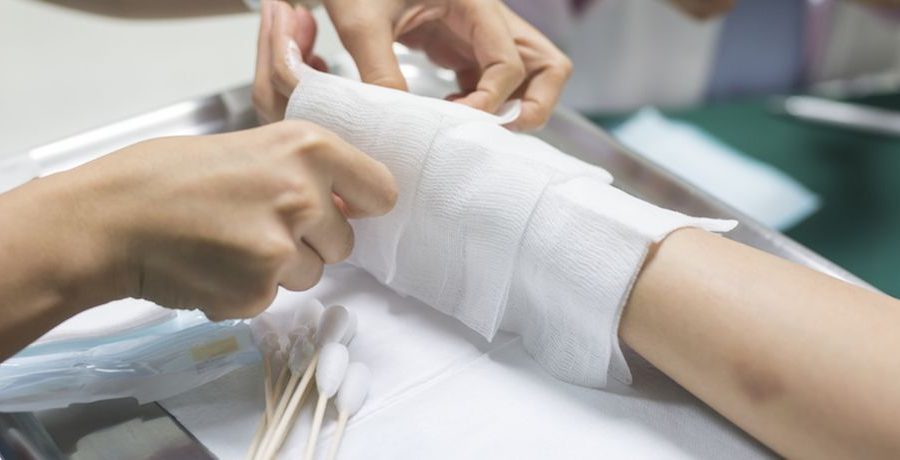 The 3D printer is just about the same size as a shoebox and weighs less than one kilogram, according to researchers who worked on the device.

A team of Canadian scientists has come up with a new form of technology — a handheld 3D skin printer — that might be able to heal deep wounds in just a couple of minutes by evenly printing out layers of skin tissue on top of them.

According to a news release from the University of Toronto, the newly developed 3D printer could work for patients with serious skin wounds, where all three layers (epidermis, dermis, hypodermis) are heavily damaged. Once used on a wounded patient, the printer reportedly takes two minutes or less to form new tissue and deposit it onto the wound. The researchers recently published a paper on the new device in the journal, Lab on a Chip.

At the present, medical professionals use split-thickness skin grafting as their usual technique for treating such deep wounds, as doctors take healthy skin from donors, then graft it onto the affected area. Unfortunately, this technique doesn’t always work on patients, as larger wounds require larger amounts of healthy donor skin to cover all three layers. It’s more common than not for such amounts of skin to be unavailable, which results in “poor healing outcomes” due to the parts of the wounded skin that remain uncovered.

In a statement, University of Toronto associate professor Axel Guenther, who worked on the 3D skin printer, said that there are similar solutions currently available, though most of them come with more than their fair share of drawbacks.

“Most current 3D bioprinters are bulky, work at low speeds, are expensive and are incompatible with clinical application.”

That doesn’t appear to be the case for the University of Toronto-designed 3D skin printer, which is about as small as a shoebox, with functionalities similar to those of a white-out tape dispenser. At less than one kilogram (2.2 pounds), the printer is also unusually lightweight, especially when compared to the aforementioned 3D-printing solutions. Instead of tape, the device dispenses layers of alginate-based tissue, with stripes of bio ink that contain skin cells, collagen, and fibrin on the underside of the tissue sheets, according to New Atlas.

Lead researcher Navid Hakimi, a doctoral student at the University of Toronto, believes that the printer’s features could allow it to cater to a wide range of patients with varying types of wounds.

Going forward, the researchers hope to add more features to the 3D skin printer and improve its capabilities, which could mean expanding the size of the wounds that could be treated. At the moment, the printer has yet to be tested on human patients, but the University of Toronto news release noted that the researchers have that planned for the future, as they also hope to “eventually revolutionize burn care.”