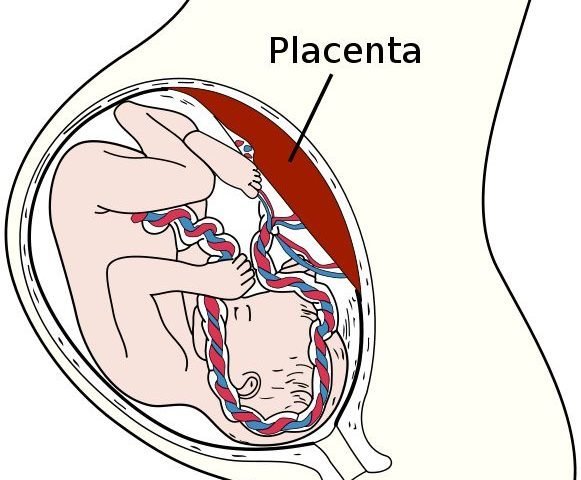 Hiding in plain sight, new research shines a spotlight on the placenta’s critical role in the nature versus nurture debate and how it confers risk for schizophrenia and likely other neurodevelopmental disorders including ADHD, autism, and Tourette syndrome. This new scientific frontier, with far-reaching implications for maternal and child health, creates the possibility that scientists can more accurately predict who is at risk of mental illness, and develop strategies to prevent or lessen their occurrence by increasing the resiliency and health of the placenta.

The study, “Convergence of placenta biology and genetic risk for schizophrenia,” was led by researchers at the Lieber Institute for Brain Development and published in Nature Medicine. “For the first time, we have found an explanation for the connection between early life complications, genetic risk, and their impact on mental illness and it all converges on the placenta,” said Daniel R. Weinberger, who led the team of investigators on the study and is CEO of the Lieber Institute for Brain Development (LIBD).

In contrast to prior studies that focused on how genes related to behavioral disorders directly alter prenatal brain development, this novel research found that many genes associated with risk for schizophrenia appear to alter early brain development indirectly, by influencing the health of the placenta. The research showed that these genes are “turned on” in the placenta during complicated pregnancies and signal a placenta under duress.

While the subject of myth and ritual in many cultures, the placenta remains a scientifically neglected human organ, despite its essential role for supplying nutrients and chemicals critical for normal prenatal development. Indeed, the placenta is the only organ removed from a human body that is not routinely sent to the laboratory for examination.

For over a quarter of a century, brain development during pregnancy and shortly after birth has remained central to a hypothesis that schizophrenia is a neurodevelopment disorder. However, the biological mechanisms involved were poorly understood. Previous studies have shown that genetic variants alone increase the odds of developing schizophrenia by only a fraction, while early life complications during pregnancy and labor can increase risk by up to 2-fold. The Lieber Institute investigators studied over 2800 adult individuals, 2038 of whom had schizophrenia, of various ethnic backgrounds from four countries, including the USA, Europe and Asia. All had undergone genetic testing and were surveyed for obstetrical history information.

Researchers found a prominent interaction between genes associated with risk for schizophrenia and a history of a potentially serious pregnancy complication. Individuals having high genetic risk and serious early life complications have at least a fivefold greater likelihood of developing schizophrenia in comparison to individuals with similarly high genetic risk but no history of serious obstetrical complications. This led to a series of analyses of gene expression in multiple placenta tissue samples, including samples of placenta from complicated pregnancies that include preeclampsia and intrauterine growth restriction. The results showed a striking and consistent turning on of the schizophrenia genes in these placentae and the more they were turned on, the more the placenta showed other signs of being under stress, for example, being more inflamed.

A Clue to Higher Male Risk for Schizophrenia

One of the many mysteries of developmental behavioral disorders, including schizophrenia, autism, ADHD, dyslexia, and Tourette Syndrome is why their incidence is 2-4 times greater in males than in females. The Lieber Institute team findings may shed light on this mystery. They found that the schizophrenia genes turned on in the placenta from complicated pregnancies were dramatically more abundant in placentas from male compared with female offspring. The placenta appears to be at least part of the explanation for the sex bias associated with these disorders.

“The surprising results of this study make the placenta the centerpiece of a new realm of biological investigation related to how genes and the environment interact to alter the trajectory of human brain development,” said Weinberger.