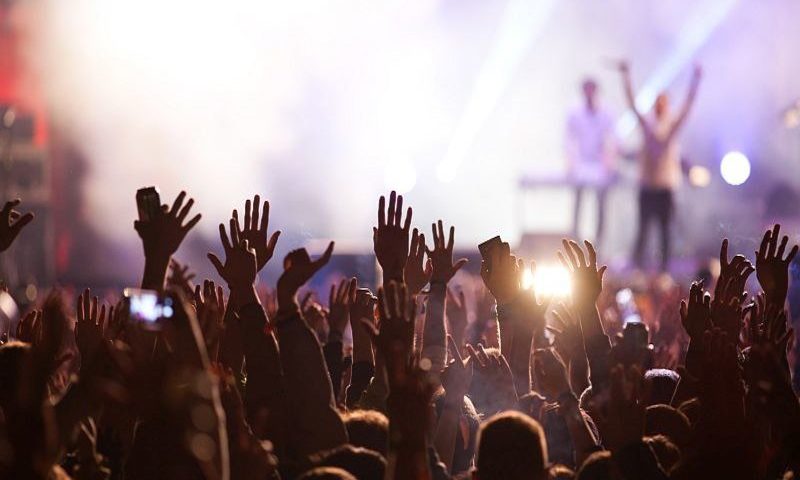 The study of 51 young attendees at an outdoor music festival in the Netherlands found that “when participants consumed more alcohol, they exhibited more dangerous behavior” tied to hearing loss.

Post-concert hearing loss—as well as tinnitus, or “ringing in the ears”—did typically resolve, the researchers noted. However, rates of longer-term hearing loss are on the rise, they warned.

“During the past two decades, the prevalence of hearing loss among young people has increased, partly owing to the increasing popularity of visiting music concerts, clubs and festivals,” said Dutch researchers led by Dr. Veronique Kraaijenga, of University Medical Center Utrecht.

But the study also found one easy way to curb the danger: If concertgoers wore earplugs that lessened the decibel level, they could still enjoy the music without damaging their ears.

One U.S. hearing specialist concurred with that healthy advice.

“As a concertgoer myself, the study has heightened my awareness and diligence in using earplugs and even sharing extras with those around me,” said Dr. David Hiltzik, director of head and neck surgery at Staten Island University Hospital in New York City.

He believes that “earplugs are as necessary as your ticket when attending any live music event as shown in this well-executed study.”

For the new research, Kraaijenga’s group compared the post-concert hearing of 51 people attending the outdoor concert, which lasted more than four hours. Twenty-five of them wore earplugs during the show, while the others did not.

The researchers reported much more transient hearing loss and tinnitus among those without earplugs versus those who wore them. Men seemed more affected than women, a trend that’s been seen in other studies.

Drinking and drug use also appeared to up the risk, the researchers said. Concertgoers imbibed an average of four drinks during the concert, and the more inebriated they became, the more likely they were to get closer to high-decibel speakers.

There may be other links between alcohol and hearing loss: According to the researchers, one study conducted in the 1970s found that “alcohol reduces the protective action of the acoustic reflex in persons with normal hearing.”

Eleven of the study participants also reported drug use at the concert, and the researchers noted that studies have also linked popular “rave” drugs such as MDMA and cocaine to hearing issues.

Dr. Darius Kohan directs otology/neurotology at Lenox Hill Hospital in New York City. He noted that while there have been many lab-based studies on hearing loss, “studies in ‘real-life’ settings have been limited.”

Kohan also believes that many young concertgoers may too easily reject earplug use.

“Surprisingly, [the Dutch study] data indicated that subjects wearing earplugs to protect them from noise actually enjoyed the music more than their peers,” Kohan said.

“Heightened awareness of the benefits of readily available hearing protection with earplugs in loud environments should be promoted,” he said.