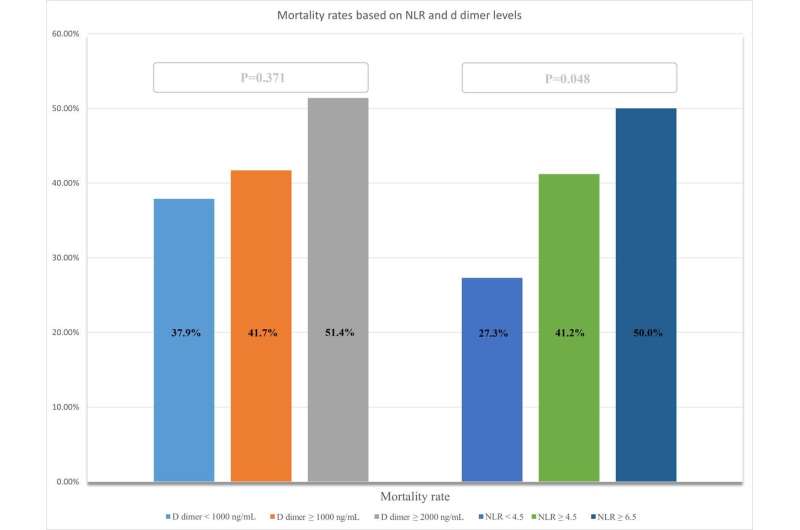 Among the many hard lessons from the COVID-19 pandemic is that SARS-CoV-2, the virus that causes COVID-19 infections, can affect every organ system in the body, including the brain.

Approximately one third of all patients with COVID-19 may develop neurological complications from infection, and many patients present to hospitals with acute ischemic stroke (AIS) or “brain attack,” caused by the sudden blockage of blood flow to or within the brain.

As clinicians from Massachusetts General Hospital (MGH) and 29 other stroke centers across the U.S. and Canada now report, patients with COVID-19 who experience AIS appear to be at higher risk for severe disability and death compared with stroke patients treated in the pre-COVID era.

Adam A. Dmytriw, MD, MPH, MSc, an interventional neuroradiology & endovascular neurosurgery fellow at MGH and colleagues looked at records of 230 patients with AIS who were seen at the stroke centers during the first wave of the pandemic, from mid-March through the end of August 2020.

As they reported in a freely available study in the Journal of Neurology, Neurosurgery & Psychiatry, a little more than half (51%) of all patients had poor outcomes, with 39.1% dying either in hospital or within 30 days of being discharged. In contrast, data from large clinical trials conducted before the pandemic show death rates of 27.6% among all patients with ischemic strokes, and 11.6% among patients with strokes caused by blockage of one or more large blood vessels that supply blood to much of the brain.

“There is an interaction that is still unknown between COVID respiratory disease and stroke, because the rate of poor outcomes or mortality is clearly greater than it would be in someone who had just an acute respiratory distress syndrome or COVID pneumonia, and also worse than someone who would have an equivalently large stroke in the pre-COVID era,” Dmytriw says.

The still-growing North American Neurovascular COVID-19 (NAN-C) Consortium was founded by Dmytriw in collaboration with centers in New York and is supervised by Aman B. Patel, MD and Robert W. Regenhardt, MD, Ph.D. at MGH.The hospitals participating in the study represent a broad spectrum of stroke centers with patients from a wide variety of socioeconomic backgrounds and varying access to care, Dmytriw notes.

“This study is something of a post-mortem of how the hardest hit areas responded to the first wave of the pandemic,” he says. “Some of the initial reports we had came out of hospitals in more affluent areas such as central Manhattan where people with lower socioeconomic status were less likely to present. Even though Mass General is one such hospital, our goal was to create a consortium including hospitals in outer boroughs of New York, outside of the greater Boston area, within and around Detroit, as well as diverse centers from coast to coast.”

“This study revealed how great the mortality was from COVID-associated stroke during the first wave, how high the rates of disability were for many patients, and that these mortality rates and disabilities were greater than those experienced in the first wave in other countries,” he says.