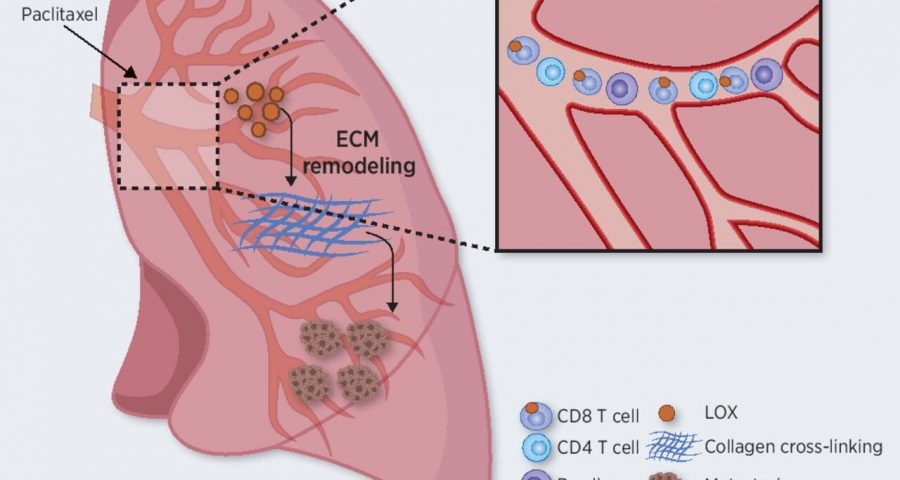 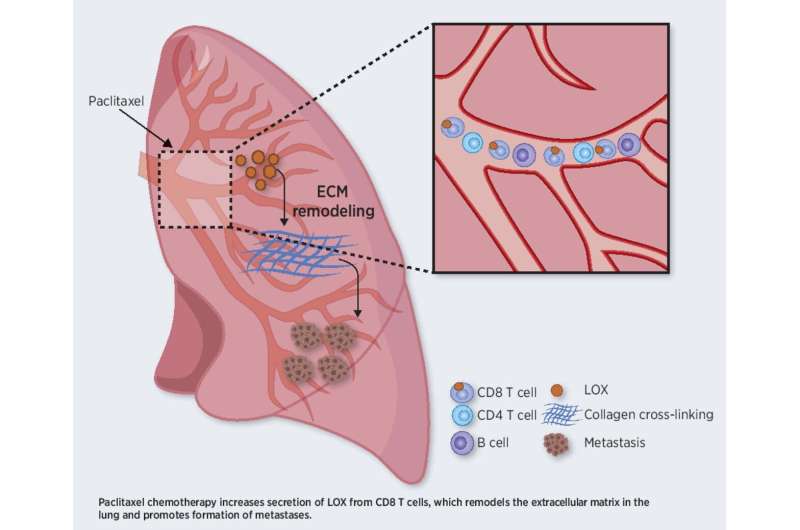 Cancer metastases, the main cause of cancer-related mortality, are sometimes triggered by successful chemotherapy. A research group at the Rappaport Faculty of Medicine analyzed this phenomenon and demonstrated ways of intervening to prevent it happening.

A study carried out in the Rappaport Faculty of Medicine at the Technion—Israel Institute of Technology sheds light on the mechanisms that sometimes result in successful chemotherapy, but that lead to the development of cancer metastasis—the main cause of cancer mortality. The article, published recently in Cancer Research, was selected to feature as the cover story and written about in an opinion piece by the magazine’s editors.

Professor Yuval Shaked and doctoral student Jozafina Haj-Shomaly, who led the study, explain that the existing cancer treatments are highly effective and in many cases save lives, as demonstrated in clinical studies and data accumulated over the years. However, they say there are patients who do not respond to this treatment, and in whom the disease breaks out more aggressively afterwards, including metastases in other organs such as the lungs. The article explains the mechanism that causes metastasis after treatment even in cases where it successfully inhibits the initial tumor.

The researchers focused on the development of metastases in the lung tissue following chemotherapy for breast cancer. Breast cancer is the most common malignancy in women; it also occurs also in men, albeit at a low rate. The survival rates of Israeli breast cancer patients are increasing thanks to the early detection of the disease and the improvement of treatment technologies. However, when the tumor metastasizes to other organs, the chances of recovery plummet. According to the statistics, about 30% of patients diagnosed with early stage breast cancer who are treated conventionally are expected to develop metastases within a few months or years.

Metastases derived from breast cancer are due in part to the breast’s proximity to the lymph nodes in the armpits. This proximity makes it easy for cancer cells to make their way from the breast to the lymphatic system, which is a branched tubular system very similar to the circulatory system. Through the lymph fluid, the cancer cells migrate to other organs such as the lungs, liver, and bones, where they produce metastases.

The question that preoccupies many cancer researchers, in this context, is what conditions encourage the metastatic process and which medical interventions might contain it. According to Prof. Shaked: “Today we know that the metastatic process is not completely random. The metastases thrive in tissues where they find mechanical support and a supportive cell environment.”

Prof. Shaked’s research group discovered in previous studies that LOX, a common enzyme that affects tissue configuration, may alter lung tissue in a way that makes it easier for cancer cells to stick to it and develop metastases. When the researchers inhibited the activity of the same enzyme, a significant reduction in the ability of the cancer cells to attach to the lung tissue was achieved, thus reducing the formation of cancerous metastases.

In the current study, the researchers also focused on the LOX enzyme but this time in a different context—its involvement in the development of metastases following its secretion from specific immune cells: T cells classified as CD8+.

The LOX enzyme can also be found in high doses in lung tissues in healthy individuals, however this dose increases rapidly and dramatically in response to chemotherapy. Contrary to popular belief that this enzyme manifests itself in mesenchymal cells, the Technion researchers were surprised to discover that the increased concentration of LOX was due to its increased secretion by the immune cells—those T cells classified as CD8+. The increase in the presence of this enzyme affects the properties of the lung tissue and transforms it into an environment that benefits cancer cells. This phenomenon can explain why some patients undergoing chemotherapy develop metastases even following successful primary care. The explanation, as stated, is in the effect of chemotherapy on the lung tissue in a way that this tissue becomes comfortable for cancer cells.

“When we talk about the lung environment in this study,” explained Prof. Shaked, “we refer to the ECM, the extracellular environment within which the cells are located. This is a complex network of proteins that supports the cell structurally and mechanically as well as in terms of various functional aspects. In the current study we found that LOX’s activity harnesses the extracellular environment in favor of the cancer cells. Following the changes that the T cells and the LOX enzyme cause in this medium, it begins to help the cancer cells grow, survive, move, divide, and cling to each other. Moreover, it can block the entry of normal immune cells and even anti-cancer drugs into the malignant region.”

The study was conducted in a breast cancer model in mice and the anti-cancer drug Paclitixel, but the researchers assume their findings will be relevant to other drugs and cancers, which are expected to be tested in future studies. “We were surprised to find that the mechanisms of action we discovered, which encourage the development of cancerous metastases, are activated not only in response to surgeries as previously found, but also in response to chemotherapy and other drugs that we are currently investigating,” said doctoral student Jozafina Haj-Shomaly.