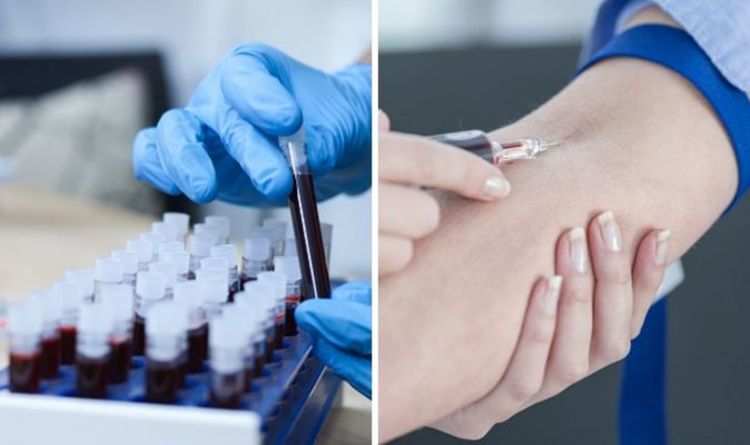 We all know that the earlier a cancer is diagnosed, the better chance a person has of being treated successfully. That’s why the Galleri blood test is so promising. Research in England and Wales is investigating this new blood test, which could diagnose cancer at an early stage. An earlier version has been looked at in America, but the NHS is trialling their own version this autumn and requires people to take part. Can you volunteer to take part in the cancer blood test? Express.co.uk reveals everything you need to know, according to Cancer Research UK.

The SYMPLIFY study is a study looking at the Galleri test to see if a blood test can pick up early stages of cancer.

The cells in our body release DNA and there are differences between the DNA of healthy cells and cancerous cells.

The Galleri blood test looks for abnormal DNA in the blood by picking up on these differences.

Essentially, your blood is tested to look for signs that you could have cancer.

NHS England is working with a company called GRAIL on this trial, after a similar study was successful in America.

The early USA version showed that the test was able to pick up over 50 types of cancer – even types that are difficult to diagnose early such as pancreatic cancer and oesophageal cancer.

The test needs to be done on a larger number of people with a bigger range of different cancers and the people tested need to be followed for longer.

The NHS version will begin this autumn in parts of England.

How to volunteer for cancer blood test

Taking part in the Galleri test will be nerve-wracking as the results aren’t perfect and may be wrong, but you could be helping others if the test successfully picks up cancers early.

The trial will use NHS records to search for people in England aged between 50 and 77 who have NOT been diagnosed with cancer or treated for cancer in the last three years.

Around 140,000 people will be invited by letter to join the study, which will last two years.

The study involves taking three blood tests over the course of two years.

Everyone taking part is split into two groups randomly – one half will be tested using the Galleri test and the other half will have their samples stored away and potentially tested in the future.

If you are in the Galleri test group and your results signal cancer, it doesn’t mean you definitely have cancer.

The trial team will explain your results and refer you to a specialist, possibly for further tests.

If you have symptoms of cancer, you shouldn’t wait to potentially be called up for the Galleri test or next breast, bowel or cervical screening.

Contact your doctor if you spot something abnormal or have any signs and symptoms of cancer.

While cancer symptoms vary from type to type, the general symptoms include:

If your GP is concerned, you may be referred to a specialist or have more tests.