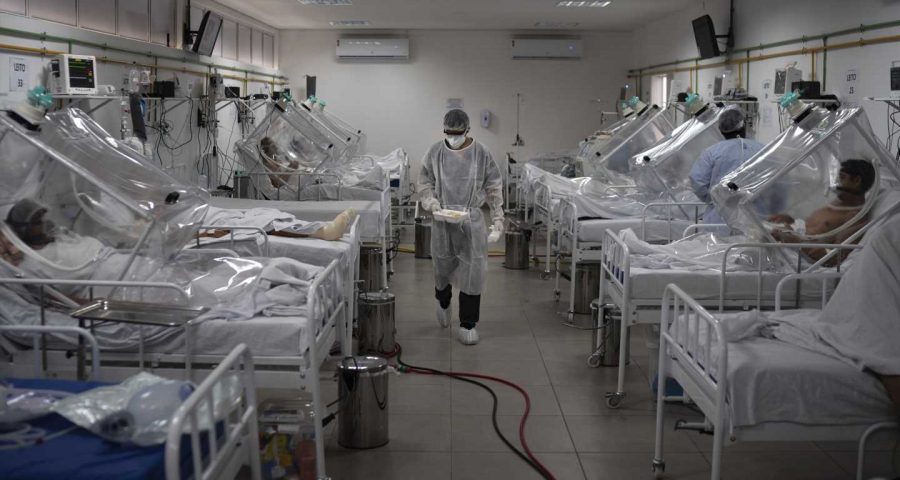 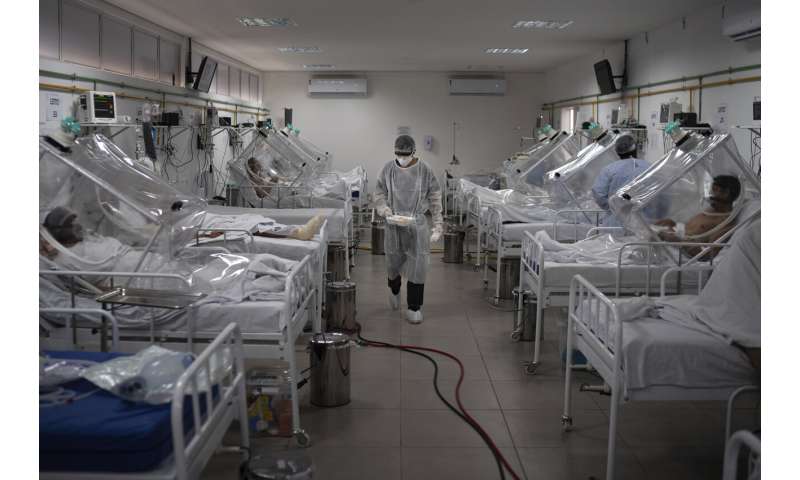 American car makers are getting back to work and Europe is continuing to reopen. But while new coronavirus cases have been declining in many countries that were initially hit hard by the pandemic, cases are rapidly rising in other populous nations.

Russia and Brazil now sit behind only the U.S. in the number of reported cases. And cases are spiking from Mexico to India. Some places have seen encouraging signs reverse: Iran reported a steady drop in new cases through April only to see them rise again in May.

But there is new hope after an experimental vaccine against the coronavirus yielded encouraging results in a small and extremely early test. Stocks rallied on the news.

And in a surprise announcement, President Donald Trump said he’s been taking a malaria drug to protect against the virus even though his own administration has warned it should only be administered in a hospital or research setting because of potentially fatal side effects.

Despite warnings from health experts that the virus could make a resurgence, many states have eased lockdowns under pressure from Trump to save businesses and livelihoods.

Europe also has pushed ahead with reopening, allowing people into the Acropolis in Athens, high-fashion boutiques in Italy, museums in Belgium, golf courses in Ireland and beer gardens in Bavaria. 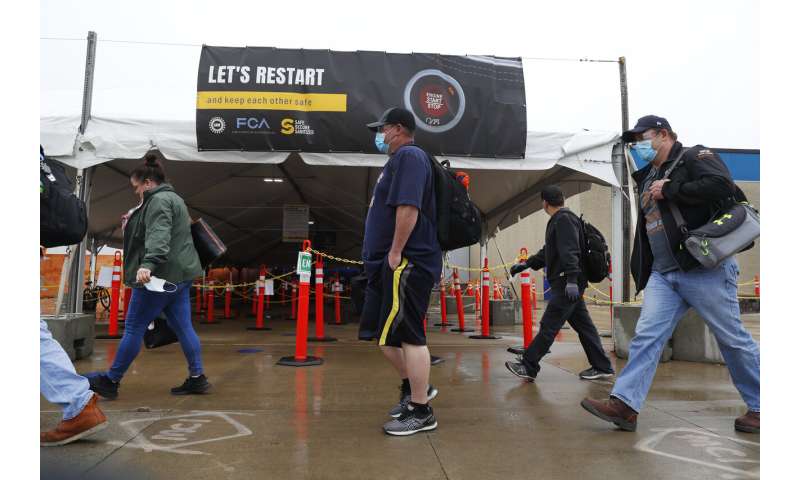 But in India, with a population of 1.3 billion, cases have surged past 100,000, and infections are rising in the home states of migrant workers who left cities and towns during a nationwide lockdown when they lost work.

India is seeing more than 4,000 new cases every day, with states including West Bengal, Bihar, Odisha and Gujarat—the major contributors of the migrant labor workforce in the country—showing a major spike in infections as lockdown rules were eased. More than 3,100 have died, according to India’s health ministry.

And in densely populated Bangladesh, where authorities on Monday reported a record 1,602 positive tests, thousands of cars were on the streets of the capital, Dhaka, despite a lockdown that extends through May 30.

Authorities in Bangladesh have relaxed some rules and allowed shops to open ahead of the Muslims’ biggest festival, Eid al-Fitr, at the end of the month. Public transportation is suspended but the country’s thousands of garment factories are operating. 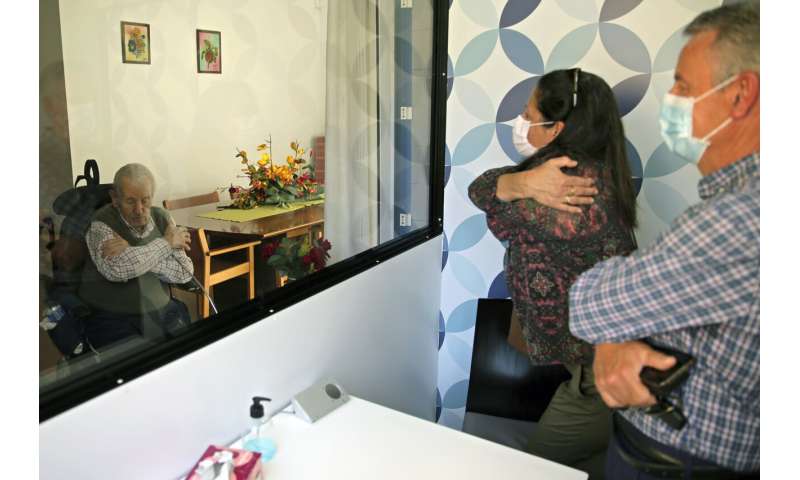 In the U.S., more than 130,000 autoworkers returned to factories for the first time in nearly two months Monday in one of the biggest steps yet to restart American industry.

Automakers, including Fiat Chrysler, General Motors and Ford, put screening procedures in place at the dozens of factories that reopened. Some Detroit automakers started cranking out vehicles but it will take longer to fully restart other plants. Workers appeared reassured by the precautions.

At a Fiat Chrysler pickup truck assembly plant in Warren, outside Detroit, workers entered a giant white tent with a sign reading, “Let’s restart and keep each other safe.” They had their temperatures checked and answered questions on whether they had COVID-19 symptoms.

“I feel safer than being anywhere at any stores, because they got the screening and everything,” said Ann’alazia Moore, a janitor at the factory. “I feel like that’s amazing. That’s smart. I like that. So, I feel more safe. I won’t get sick.” 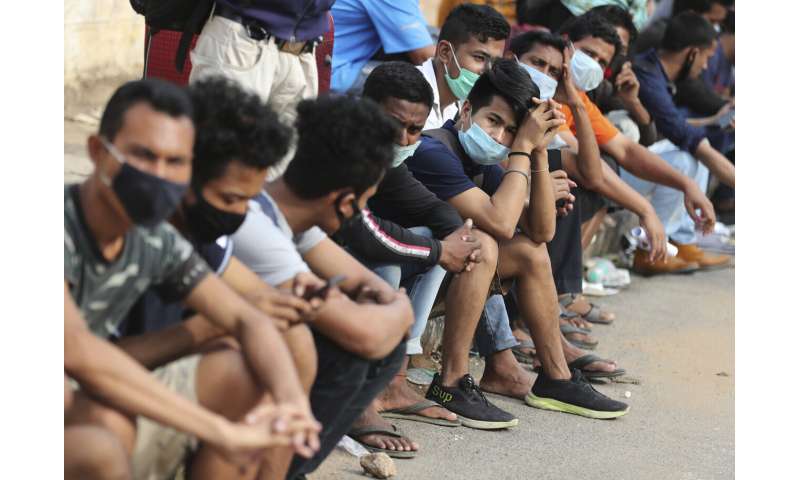 An experimental vaccine by Cambridge, Massachusetts-based Moderna Inc. triggered hoped-for immune responses in eight healthy, middle-aged volunteers. They were found to have antibodies similar to those seen in people who have recovered from COVID-19.

Further studies on the vaccine’s safety, effectiveness and optimal dosage still need to be done. But with people desperate for any sign of progress, the findings caused excitement on Wall Street and in Asian stock markets.

Worldwide, about a dozen vaccine candidates are in the first stages of testing or nearing it. Health officials have said that if all goes well, studies might wrap up late this year or early 2021.

Trump says he’s been taking the malaria drug hydroxychloroquine daily “for about a week and a half now” even though it has not been shown to combat the coronavirus. 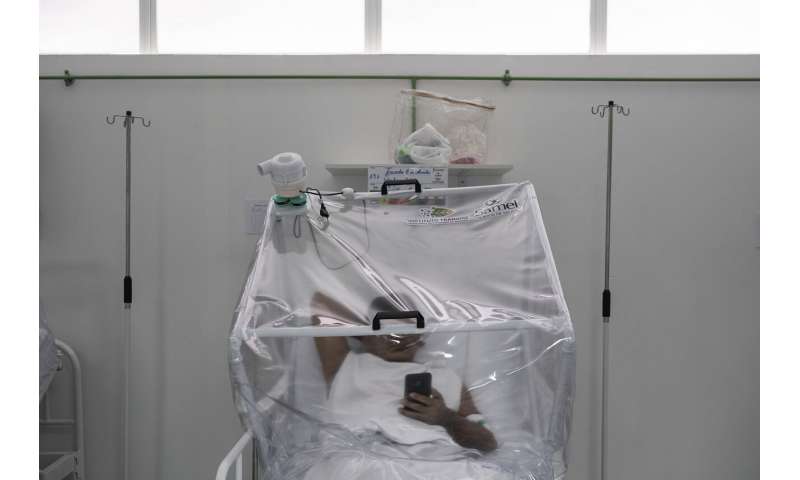 “I started taking it, because I think it’s good,” Trump said. “I’ve heard a lot of good stories.”

More than 4.8 million people worldwide have been infected and over 318,000 deaths have been recorded, including more than 90,000 in the U.S. and over 160,000 in Europe, according to a tally by Johns Hopkins University. Those figures are believed to understate the true dimensions of the outbreak because of limited testing, differences in counting the dead and concealment by some governments.

In another development, the World Health Organization bowed to calls to launch an independent investigation into how it responded to the coronavirus.

WHO Director-General Tedros Adhanom Ghebreyesus said the probe will take place “at the earliest appropriate moment.” The announcement at WHO’s annual meeting came after a watchdog body found possible shortcomings in the agency’s warning system. 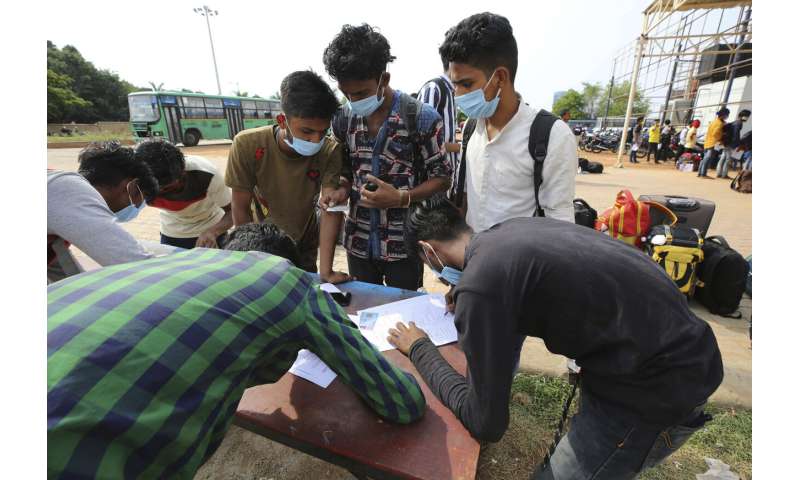 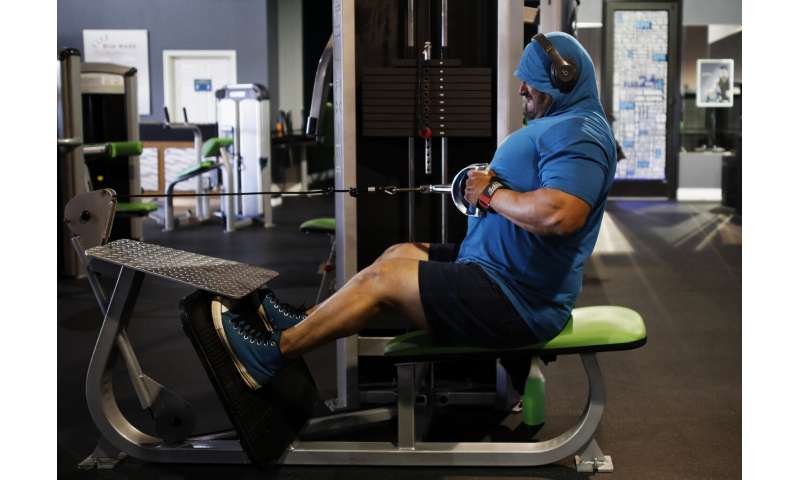 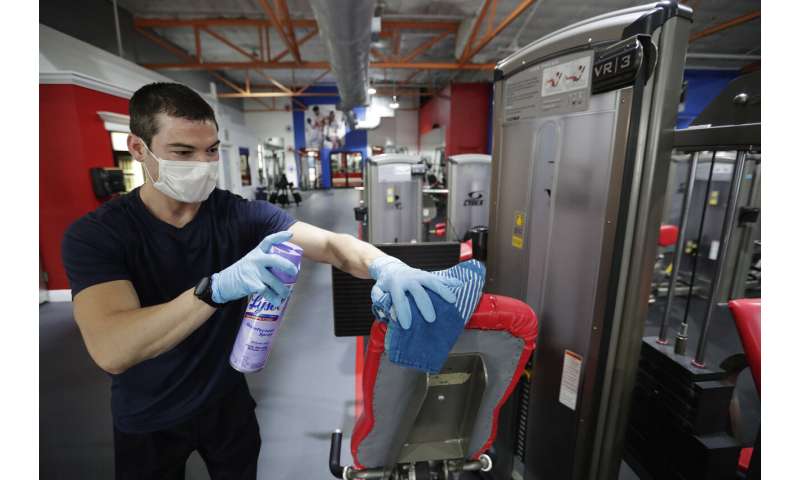 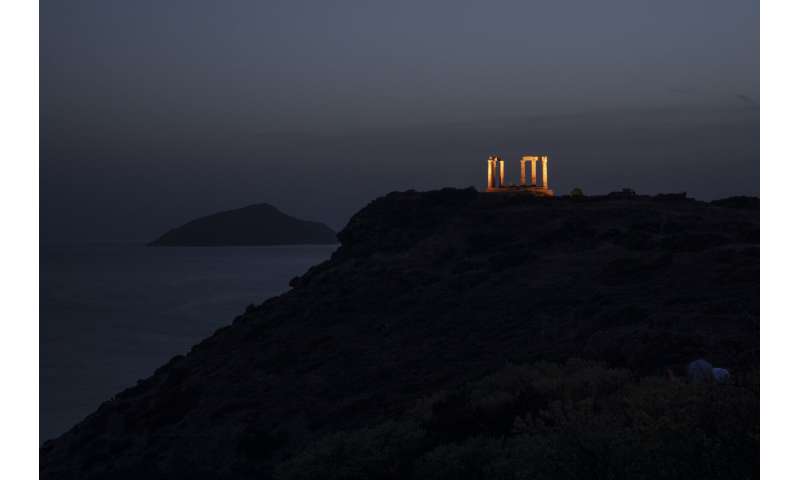 Chinese President Xi Jinping defended China’s record, saying it provided all relevant outbreak data to WHO and other countries, including the virus’s genetic sequence, “in a most timely fashion.”

China on Tuesday placed tariffs of around 80% on Australian barley in a dispute that has been linked to Australia’s early support for a robust coronavirus inquiry. It comes a week after China banned beef imports from Australia’s four largest slaughterhouses. 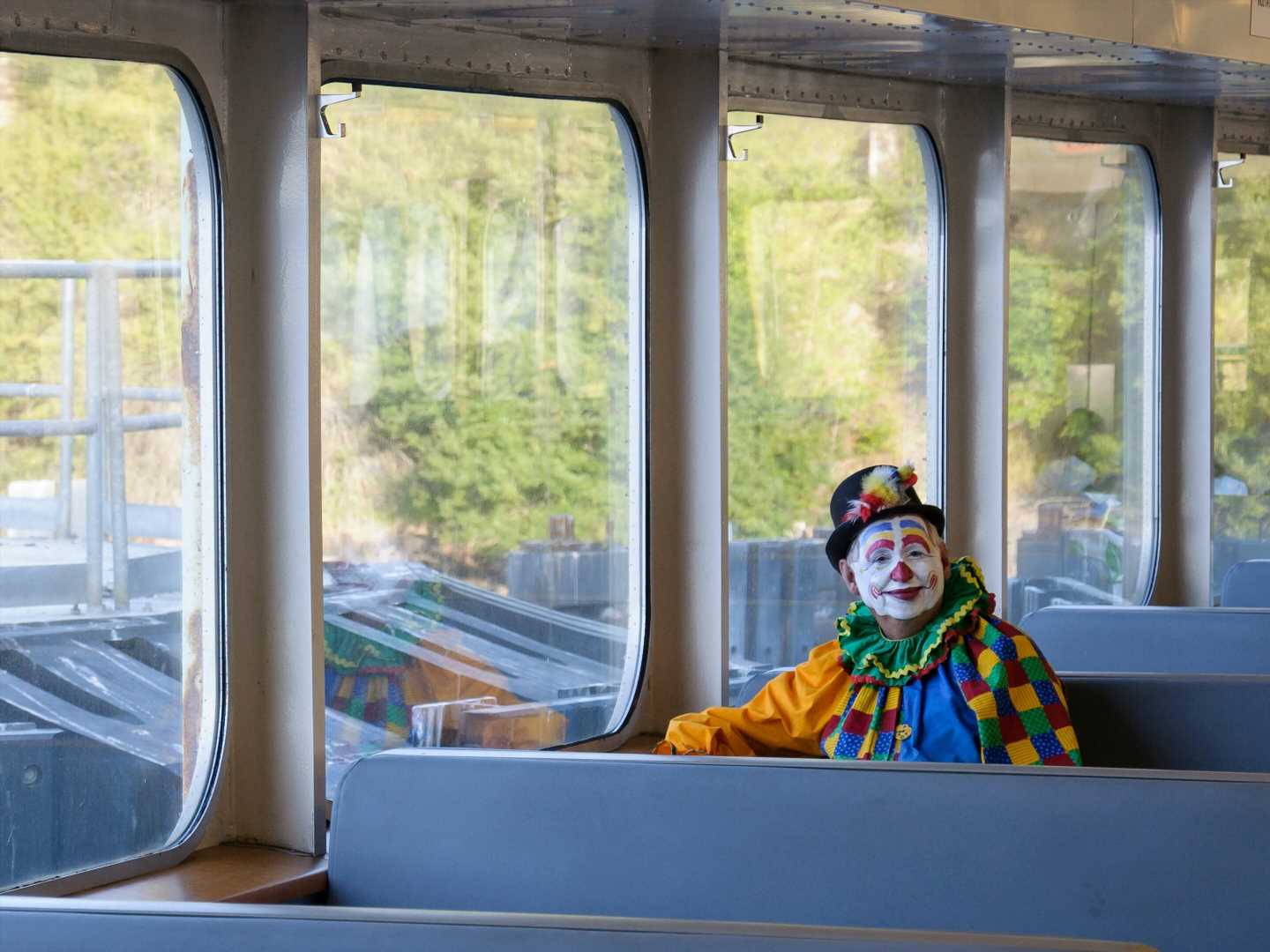 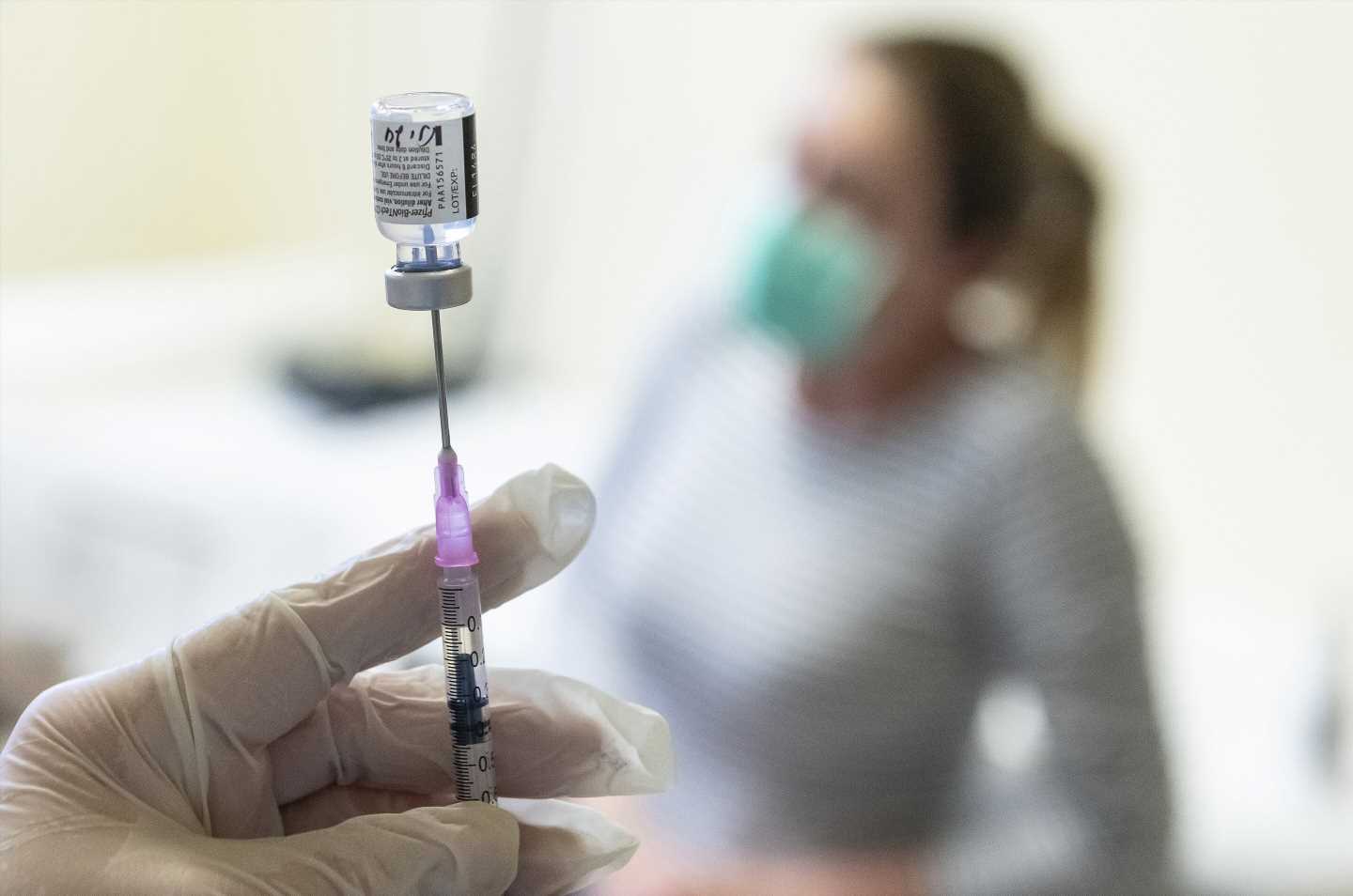 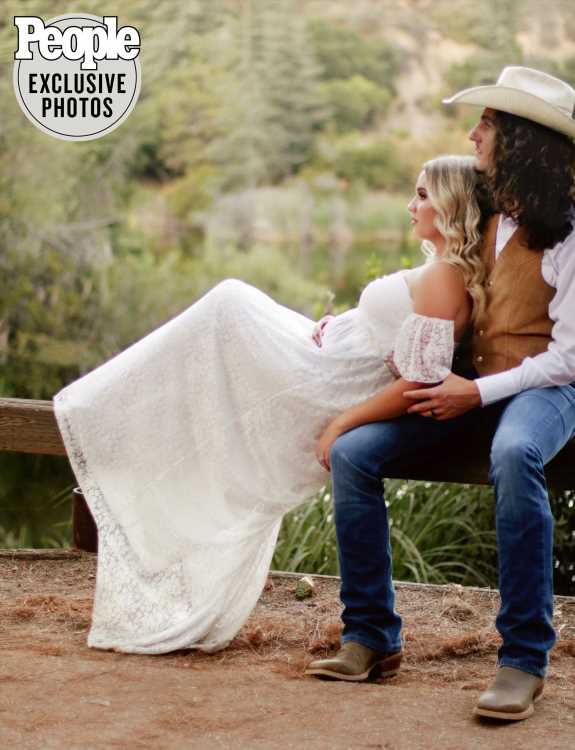 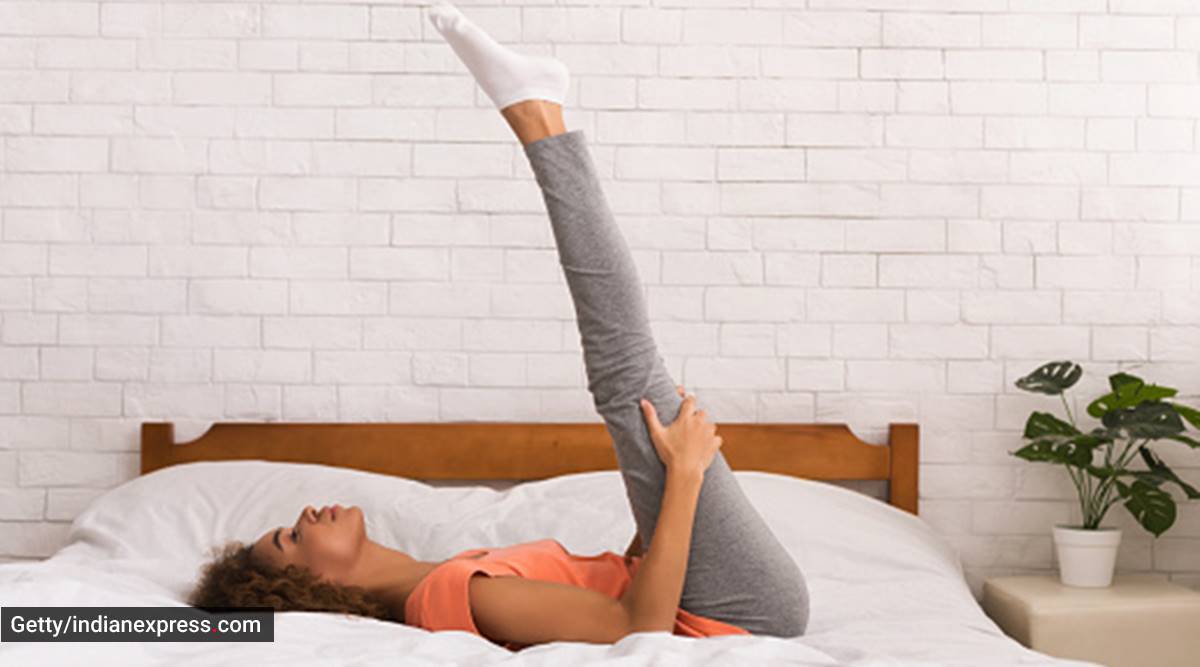