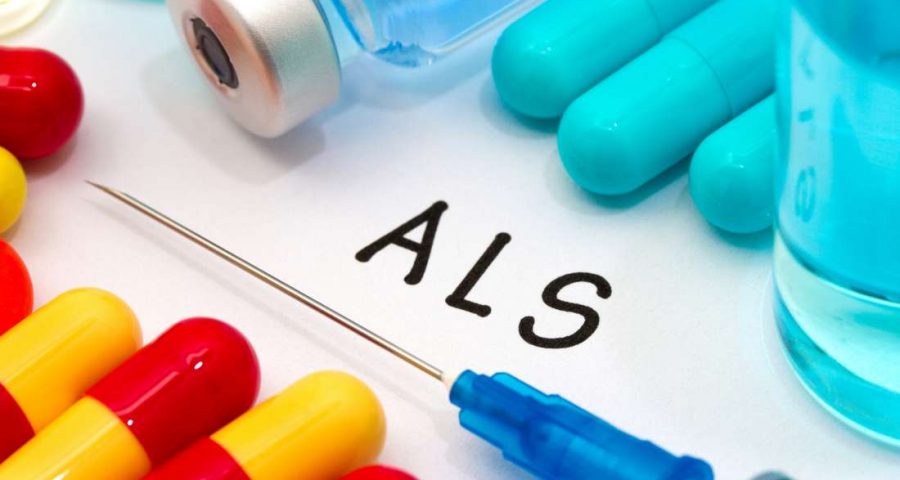 The neurodegenerative condition amyotrophic lateral sclerosis (ALS) affects nerve cells, which control the movement of muscles, in the brain and spinal cord.

In ALS, these cells deteriorate over time, which gradually leads to overall weakness, problems breathing, speaking, and swallowing.

ALS — which is also known as Lou Gehrig’s disease, named after the famous baseball player who was diagnosed with the disease in the 1930s — is estimated to affect over 20,000 people in the United States at any given time.

Moreover, just over 6,000 people in the U.S. are thought to receive an ALS diagnosis every year.

For the time being, there is no cure for ALS. Current treatments delay the progression of the disease, but not by much.

The Food and Drug Administration (FDA) have so far approved two drugs to treat ALS: one extends life by 2–3 months but does not improve the symptoms, and one can help to delay the decline in daily functioning.

Breaking research, however, brings new hope for a more effective ALS treatment. Researchers led by neurologist Dr. Stanley H. Appel, co-director of the Houston Methodist Neurological Institute in Texas, examined the benefits of immunotherapy for people with this condition.

More specifically, the team injected a type of immune T cell called regulatory T cells (Tregs) into three ALS patients. This is the first time that this therapy has been investigated in humans.

The findings were published in the journal Neuroimmunology & Neuroinflammation.

Studying the role of Tregs in ALS

Tregs help to stave off the inflammation that characterizes ALS and speeds up the progression of the disease.

“We found,” notes Dr. Appel, “that many of our ALS patients not only had low levels of Tregs, but also that their Tregs were not functioning properly.”

So, the researchers hypothesized that increasing the levels of Tregs in three ALS patients would slow down the disease.

“We believed that improving the number and function of Tregs in these patients would affect how their disease progressed,” Dr. Appel says.

The participants underwent a procedure known as leukapheresis. Often used to treat patients with leukemia, leukapheresis involves taking out the patients’ blood and “filtering” it out through a special machine that separates the white blood cells from the red ones.

The researchers noticed that in the case of the patients whose Tregs weren’t functioning properly, once the cells were outside the body, they returned to normal.

‘From a death sentence to a life sentence’

First study author Dr. Jason Thonhoff, Ph.D., a Houston Methodist neurologist, further details the research and reports on the findings. He says, “A person has approximately 150 million Tregs circulating in their blood at any given time.”

“Each dose of Tregs given to the patients in this study resulted in about a 30 to 40 percent increase over normal levels,” Dr. Thonhoff adds.

“As we believed, our results showed it was safe to increase their Treg levels,” says Dr. Appel. Dr. Thonhoff adds, “Slowing of disease progression was observed during each round of four Treg infusions.”

“What surprised us,” he goes on, “was that the progression of their ALS dramatically slowed while they received infusions of properly functioning Tregs.”

“My hope is that this research changes ALS from a death sentence to a life sentence. It won’t cure a patient’s disease, but we can make a difference.”

Dr. Thonhoff is also very pleased with the results and he is hopeful about future therapies. He says, “Larger studies will be required to determine whether it is an effective treatment, but as a clinician and researcher who specializes in ALS, I am very excited about the hope these initial findings provide.”