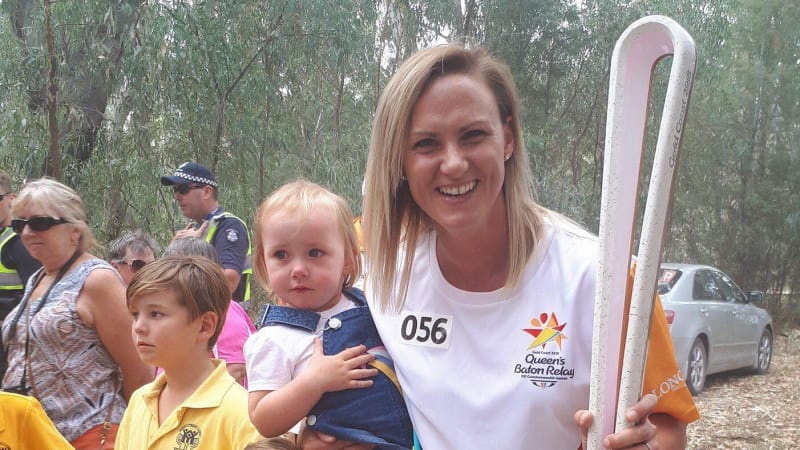 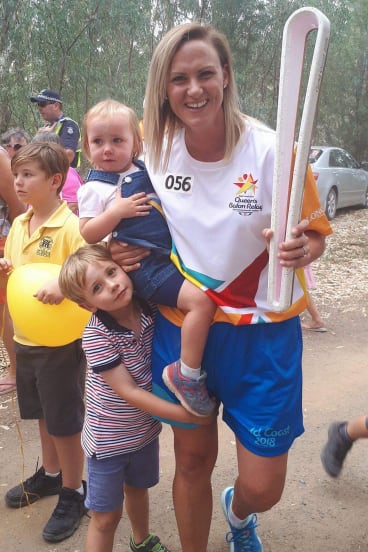 Sharelle McMahon with her son, Xavier, and daughter, Ruby.

We generally associate having a poor pelvic floor with incontinence.

But for former Australian netball captain Sharelle McMahon, the signs that something was wrong with her pelvic floor were different.

"Pain around my pelvis, and a bit of instability through there was the main way it showed up for me," the mother of two recalls.

McMahon, 40, first experienced problems with her pelvic floor after the birth of her son, Xavier, in 2012. Returning to the court for the 2013 season, she underwent 12 months of physiotherapy to alleviate the pain she was experiencing.

Melbourne physiotherapist Annabelle Citroen says a poor pelvic floor can initially reveal itself in a variety of circumstances.

"Anything from someone feeling like they need to get to the toilet with a little bit more urgency, whether there's some leakage along the way or just a fear that they won't make it if they don't rush, to the odd little bit of leakage, and again it may only be a drop or two, with a cough or sneezing, laughing, [or] playing sport," she says, adding that high impact sports, like netball, give people the most grief.

Then there are issues not with the pelvic floor being too weak, but simply not functioning as it should.

"Women may experience painful intercourse, or difficulty putting a tampon in, or they may have pain generally in the pelvic region," explains Citroen.

"And that can actually be an indication that the pelvic floor muscles might be working a bit too hard or holding onto some increased tension, so they might need to be trained to let it go."

If left untreated, a weak pelvic floor can lead to pelvic organ prolapse, where the pelvic organs – such as the bladder, bowel or uterus – fall through the vagina.

While most women know that they should be doing pelvic floor exercises (also known as "Kegels", after US gynaecologist Arnold Kegel), much of Citroen's work is in correcting poor technique.

Despite being in tune with her body as an elite athlete, McMahon recalls learning in a physio session earlier in her career that, while she thought she had been doing pelvic floor exercises, she was not doing them properly.

"I am someone who lived a life where this sort of stuff has been spoken about to me for along time, but I've had challenges."

Pelvic floor issues can present themselves at any age, from childhood right up to the elderly, although they are more common in pregnant women, women who have given birth, and seniors.

"From a statistical point of view, about 80 per cent of women will be affected by incontinence, either bladder or bowel, and over half of them are younger than 50," Citroen says.

While incontinence is normal, Citroen says it should not be something women are complacent about, or they will risk more serious problems later in life.

"If women start to see those 'once offs' – like a leak when they laugh, or needing to rush off to go to the toilet – as a bit of a sign there being some poor pelvic health issues, it may be that they don't need to go down the path of more invasive measures."

Those more invasive measures have been in the headlines recently, after the Senate released its report into pelvic mesh implants, which can be used during pelvic floor surgery for severe incontinence or prolapse to reinforce the tissue.

The report, released in July, recommended the mesh implants "only be used as a last resort".

The Therapeutic Goods Administration (TGA) banned the sale of mesh for use in patients with pelvic organ prolapse in November, and a class action involving more than 700 women who say they have suffered debilitating pain after undergoing pelvic floor surgery for prolapse using the mesh implants is currently before the courts.

However, Dr Jenny King, chair of the Urogynaecological Society of Australasia (UGSA), is concerned women suffering from severe incontinence are now shying away from surgery, even when it could be "life-changing", stressing that mesh implants are not "intrinsically evil".

The implant used in surgery for incontinence is known as the "mid-urethral sling". In use for 20 years, it is recommended by the Royal Australian and New Zealand College of Obstetricians and Gynaecologists, among other international medical organisations, as having an 80 to 90 per cent rate of complete cure or significant improvement when used in women suffering from incontinence.

Despite the evidence, UGSA figures show a 32 per cent decline in stress incontinence surgery in women aged 25-54 since peak rates in 2009.

Dr King, who is based at Sydney's Westmead Hospital, explains that mesh implants are sometimes necessary in pelvic floor surgery, particularly in older women, or in women who have already had the surgery.

"The problem with ladies with pelvic floor weakness, be it incontinence or prolapse, is they probably have poor connective tissue," she says.

"We are holding up tissues against gravity; these are tissues that were never strong, and they are past their use-by date."

Anecdotally, Dr King says she has patients who are "frightened" by what they have heard about vaginal mesh and, as a result, they are receiving sub-standard operations.

"People are coming back [with failed surgery] because I've been too anxious to push them into mesh," she says, adding that surgery should only ever be recommended for women who genuinely require it, in circumstances where the muscles are beyond repair through physiotherapy.

The moral of the story? Do your Kegels.

How to work on your pelvic floor

It is estimated that only one in three women can activate their pelvic floor correctly.

Citroen says one of the most common mistakes is using the wrong muscle.

While "a little bit" of external movement is okay, if those muscles seem to be moving too much, you are probably using them instead of your pelvic floor.

You should also avoid sucking in your belly, or holding your breath (although you may be concentrating, Citroen says you can't do too much with the muscle before you're out of breath).

"Sometimes we'll also see a 'bearing down' motion, where you are pushing down on the muscle, which can actually further weaken it," she advises.

As for how to do it properly, Citroen's best tip is to imagine you are doing something else with the area.

"We will refer to things such as 'trying to stop the flow of urine'; that's not something that we recommend you do regularly, but the thought of it can help," she says. "Also, trying to hold in wind. And, for women who have worn a tampon before, the thought of holding in that area."