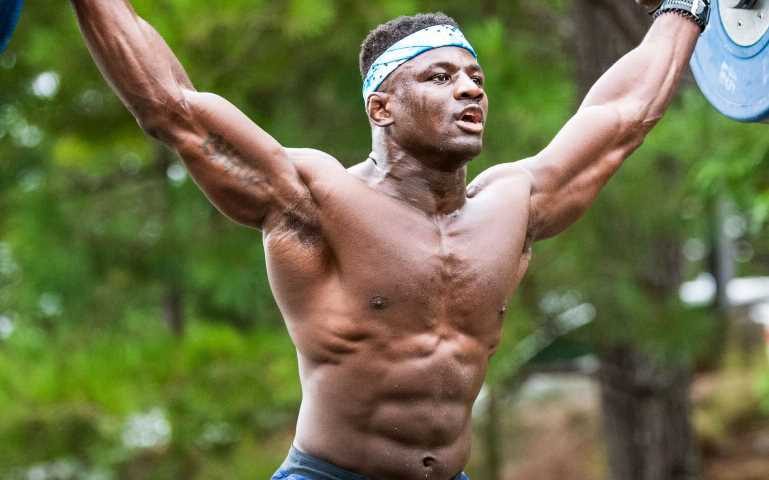 The racial makeup of the podium of every CrossFit Games going back to 2007 is as follows: white. Chandler Smith is prepared to change that. He placed sixth in the 2020 Games, despite being on active duty in the Army and not having any formal coaching. He originally started CrossFit as a supplement for wrestling and Army training. Now he’s transitioning to a full-time CrossFit athlete with his eye on the top spot.

“I’ve been coaching myself for years, and that’s been my major limiter,” says Smith. But since retiring from the Army this year, the 27-year-old has been planning to move to Boston to train with famed CrossFit athletes and coaches like Katrín Tanja Davíðsdóttir and Ben Bergeron, who’ve built an elite CrossFit community and lead the Comp Train team. “I’m looking to improve myself technically. That, combined with a better training environment, should help me show improvement over the next year.” Smith’s chances should be even better now that Mat Fraser, 31, the five-time champion, announced his retirement in February.

CrossFit’s lack of BIPOC contenders at the annual Games helps explain why the sport is largely a white endeavor. Smith could inspire more diversity in both the audience and a future cadre of competitors. “Part of the minority experience is that you’re often the only one in a group,” he says. “I’m already representing for the group just by participating. But it’s not something I get fixated on.”

CrossFit recently launched a Diversity, Equity, and Inclusion Council to serve as an ongoing forum to review and strengthen the brand’s efforts. Ina CrossFit townhall, CEO Eric Roza said, “We see people’s common humanity, and we’re not going to discriminate against people, and we’re going to affirmatively reach out and make sure people feel welcome, and we’re conscious also that we’re not starting from a blank slate.” Smith is one of its inaugural members and is excited to represent two groups that have historically had vastly different levels of representation within CrossFit: the military and the African American community.

While the Army held Smith back in some ways regarding competitive CrossFit, it forged in him serious hustle and a creative streak that may give him an edge next time. “Part of my fitness story is trying to get in world-class shape while working as an Army platoon leader,” he says. Smith put the effort in no matter where his military career took him.

“My favorite workout is a hero WOD called Loredo, named after an Army staff sergeant who was killed in action in Afghanistan in 2010. This is a workout you can do anywhere. I did it with my soldiers often.”

LOREDO
Set a stopwatch and complete six rounds of the following circuit as quickly as possible. Smith’s record time is 16:54. To drop your own time, focus on the run. “Your time will be dictated by [the fastest] run pace you can sustain while still recovering from the other movements,” Smith says. “Having more top-end speed makes you more effective here.”

This story appears in the March 2021 issue of Men’s Health.