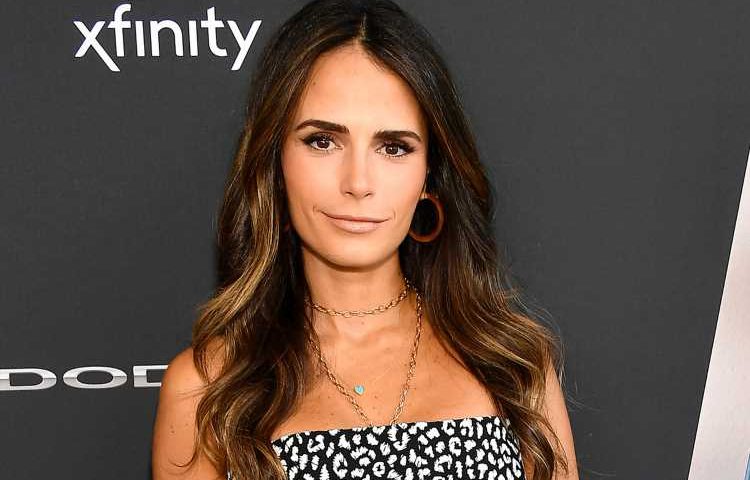 Jordana Brewster is getting candid about the challenges that came along with welcoming her two sons — Rowan, now 4½, and Julian, now 7½ — into her life via surrogacy.

The F9 actress, 40, chatted with PEOPLE amid her partnership with Clearblue on the company's newly announced #Conceivinghood campaign, which aims to "normalize the conversation around infertility⁣ and the trying to conceive journey."

"I'm really hard on myself and I have a lot of guilt and shame," Brewster says. "I think I would have felt this way whether or not I carried, but I was always like, 'I'm less than, as a mother, because I didn't carry.' I just told myself that story over and over again."

And while she has "worked through" those feelings and understands today that the physical ability to carry a child doesn't equate to her worth as a mom, it was a difficult road to acceptance.

"When I went to a mommy group, I would tell myself that story and would over explain, and I judged myself and assumed other people were judging me," Brewster says.

Brewster is "so grateful" she lived in a state where surrogacy was a legal option she could pursue, but she still remembers feeling the need to defend herself over assumptions people made about why she chose it.

Some of the comments Brewster heard, she recalls, were, " 'Oh my God, you're so lucky. You didn't have to carry or you didn't have to gain weight,' " though she says she wasn't sure "if they were joking or not."

Another challenge for the self-professed "control freak" was not being the one at the wheel in terms of the biology aspect once the embryo transfer was complete.

But a silver lining, according to Brewster, was the fact that it was "also good prep for motherhood … because once you have a kid, you can't really control much. They come out with their own personalities and there's so much you have to juggle and adapt to that you can't really prepare for."

Brewster says her Rowan and Julian "have a tough time" understanding surrogacy, "because it's a complicated thing to explain, and I am still not sure that they completely grasp that."

"But I also noticed that it was a way bigger deal for me than it was for my son," she adds. "One day, I told him, and he was like, 'Okay.' And that was it. And then we'll be driving in the car and he'll come up with a really difficult question and I'm like, 'Oh my God, I have to deal with this right now. How do I answer that?' "

A new adventure in motherhood lately has been tackling co-parenting with her ex Andrew Form, from whom she filed for divorce last summer following a separation earlier in 2020

Brewster say she feels parenting as a team has "ctually been somewhat easier" than it was before, because "it's a little bit more clear what the guidelines and the rules are."

"When [Andrew] has the kids, they're relishing their time with him and there's been really good quality time together," Brewster says. "We communicate better as co-parents than we did as husband and wife. … We were married for 13 years and we were both on the same page, so there's no acrimony, which I think really helps."

Co-Parenting Confessions: How Celebrity Exes Make It Work for the Kids Post-Breakup

Brewster is excited to team up with Clearblue on their #Conceivinghood campaign, during which she will be part of a live, virtual discussion on April 22 at 11 a.m. ET to help fight the "stigma" surrounding infertility, in honor of National Infertility Awareness Week. (Interested parties can register at clearblueconceivinghoodevent.com.)

"I thought [conceiving] would be no problem for me, which I think a lot of women do," she tells PEOPLE. "I feel like we sort of assume, 'Oh, okay, I'm on the track, I've been married and now I want to have a kid, and it shouldn't be a big problem.' And then all of a sudden you realize, 'Wait, this is going to be a little more challenging than I thought.' "

For other women hoping to become mothers — however that journey looks for them — and having a tough time, Brewster wants them to know, "once you have your kids, it's all so worth it and all that part becomes a blur."

And "at the end of the day, the most important thing is to just be there with your kid," she advises. "I made the mistake of outsourcing my problems a lot and seeking advice from every person [who] would offer [it]."

"Listen to your gut," the actress says. "It took me, like, five years with Julian to finally be like, 'Oh wait, why am I listening to all these experts? I got it.' "