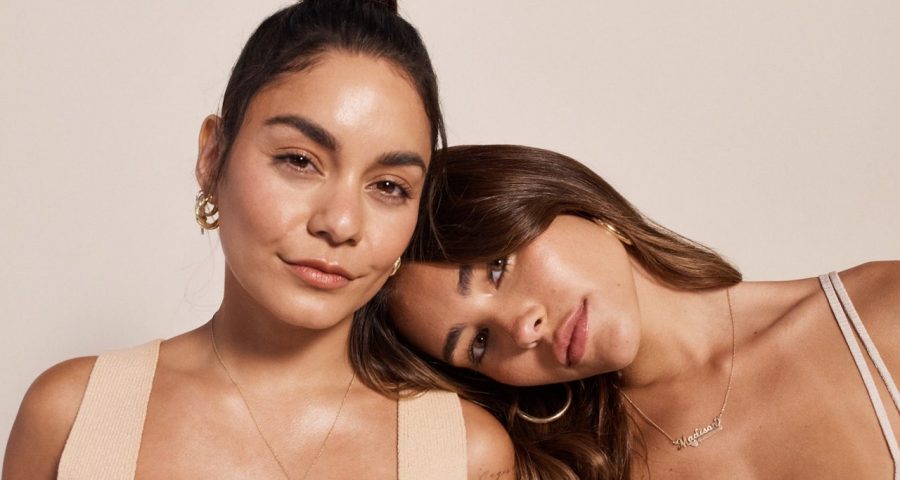 I must admit Vanessa Hudgens and Madison Beer teaming up on a skin-care brand was definitely not on my celebrity beauty brand bingo card. In fact, I don't think any amount of tarot card TikToks on my For You Page could have prepared me for Know Beauty, which launches today, June 22.

But how did these two stars align? Well, Beer was friends with Hudgens's younger sister, Stella, so Beer would often run into Hudgens while out and about. However, they truly didn't connect until they started sharing their skin-care struggles with each other last year, Beer says.

The 22-year-old singer didn't deal with the typical pubescent skin woes growing up. Instead, acne hit Beer only four years ago. Everything she tried to banish her breakouts failed. Defeated, tired, and hopeless, Beer wished something — anything — to give her the answers she was constantly looking for.

Hudgens, on the other hand, has increasingly become worried about the state of her skin and, well, aging. "Once I hit 30 and started seeing things on my skin that weren't there in my 20s, I definitely wanted to prioritize skin care," the now 32-year-old tells Allure. "I [also] wanted to know I am putting the right things on my skin that are going to save it for as long as possible." 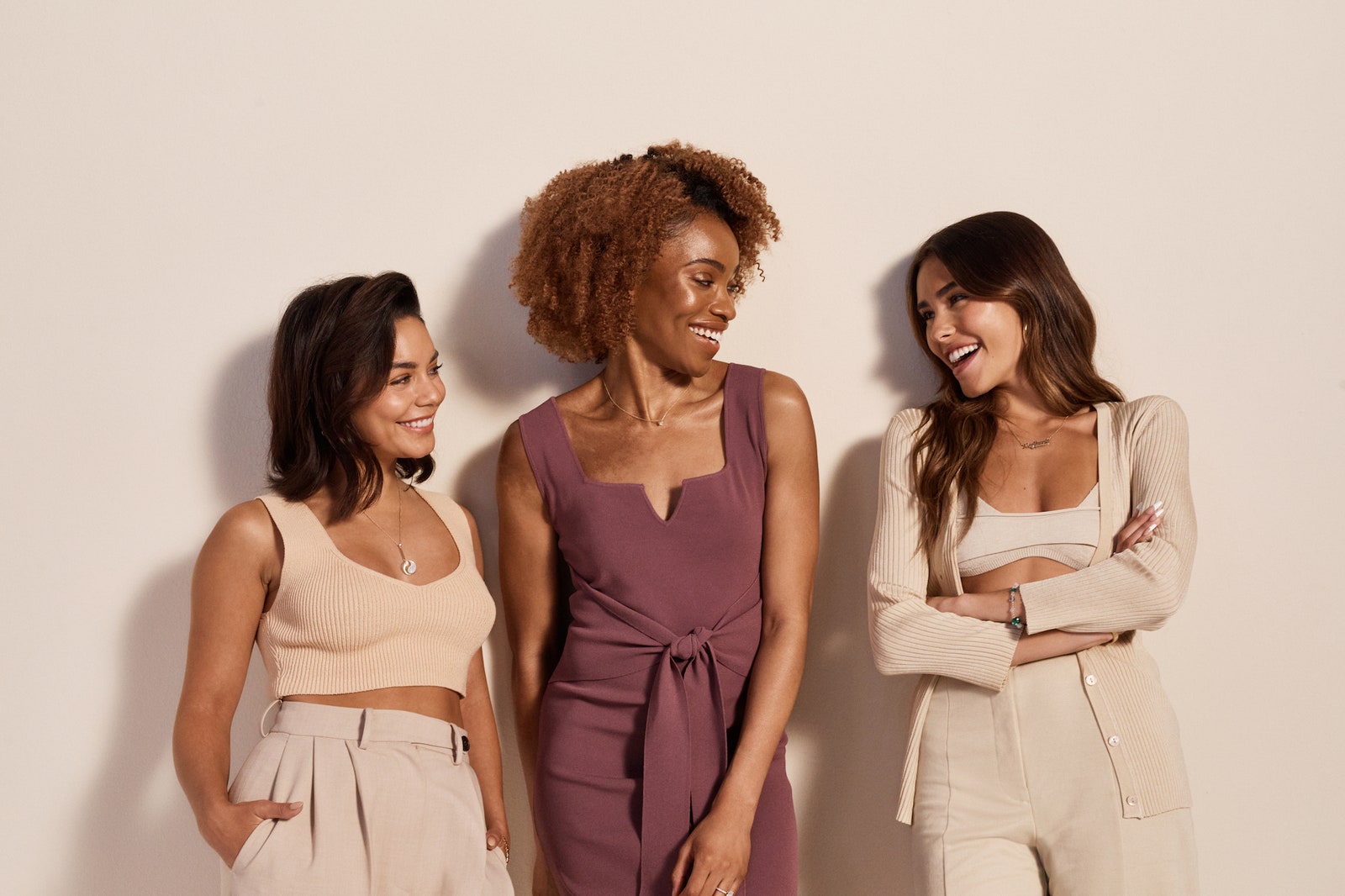 Although Hudgens and Beer have different complexion concerns, they mutually hated the trial and error that comes with finding the right products and treatments. "We both have spent so much money and have felt frustrated with trying products that end up doing the opposite of what we want them to do," Hudgens says.

Throughout chats last year, they toyed with ideas of what they wish existed on the market before declaring that they should just make something happen. With the help of dermatologist Karen Kagha, Know Beauty was put into action. 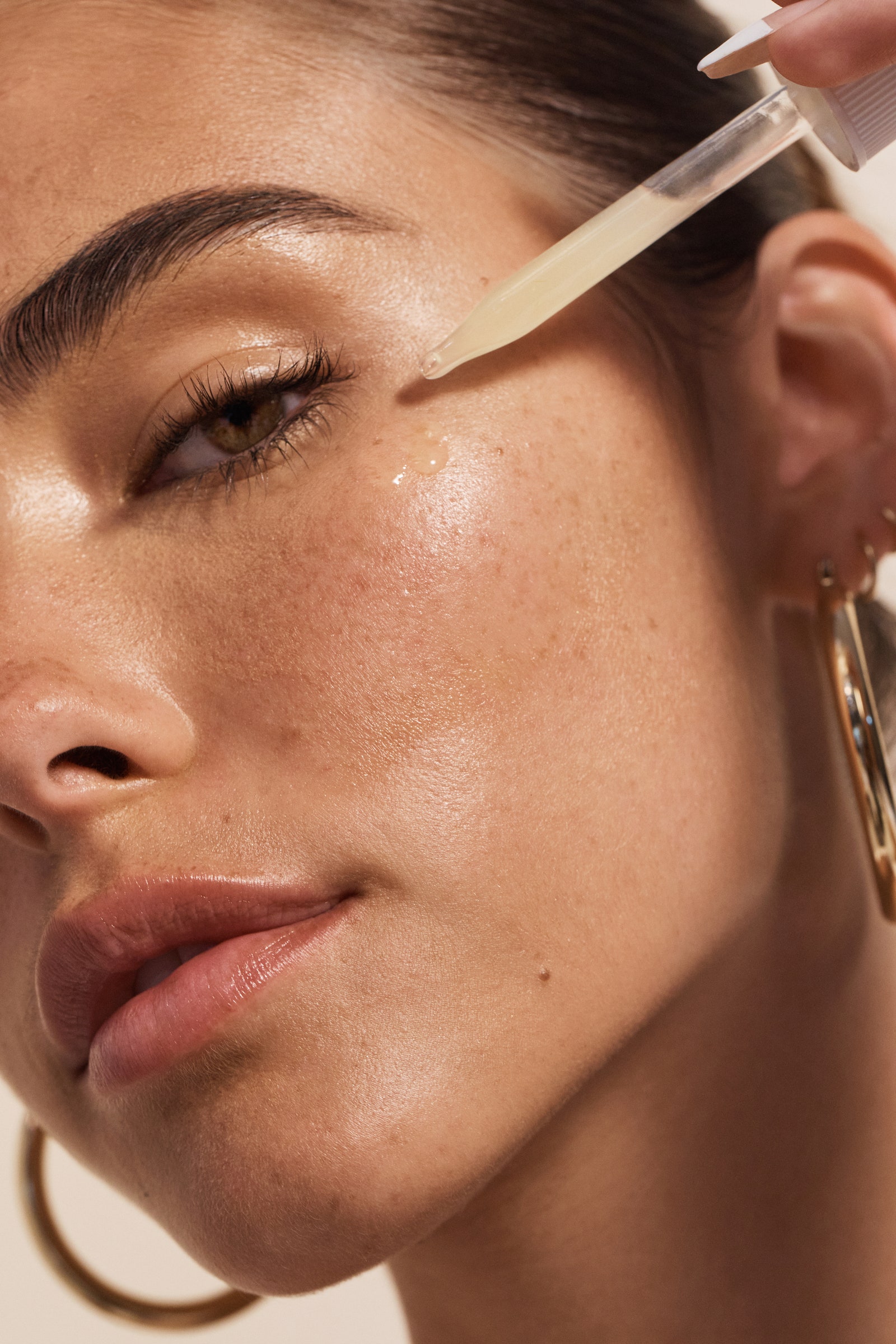 Unlike your typical, run-of-the-mill celebrity skin-care brand, Know Beauty taps another element of science to better select the right products for your skin-care routine: your DNA.

To help you understand your skin on a genetic level, Know Beauty examines 46 chromosomes connected to seven factors that predisposition: hyperpigmentation, collagen quality, skin elasticity, sun protection, antioxidant protection, skin sensitivity, and glycation aka the top cause of fine lines, wrinkles, dryness, and even acne, Kagha says. (To put this in perspective, other skin-care DNA tests typically only look at four to six factors and charge double.)

For this test, you'll need to swab your cheek with the tools Know Beauty will send to you. From there, the brand will send you a report on ingredients and treatments it believes will improve your skin based on what your skin is genetically prone to, i.e. sagging, sunburn, dark spots.

While our experts were hesitant to comment on the concept of using one spit's swab to generate a custom routine to essentially futureproof your skin, back in 2019, cosmetic chemist Ni'Kita Wilson did predict the possibility of a DNA-based brand like this launching.

She had an inkling that knowing your skin's genetic makeup could predict how it will age and how to slow things down. She even noted that as we get older or exposed to certain environmental elements, like the sun or pollution, certain genes flip on. "They trigger enzymes that break down collagen, causing wrinkles and sagging," Wilson said. "But if you realize that's happening on a molecular level, you could use [certain] ingredients to quiet your overactive genes and normalize your skin." 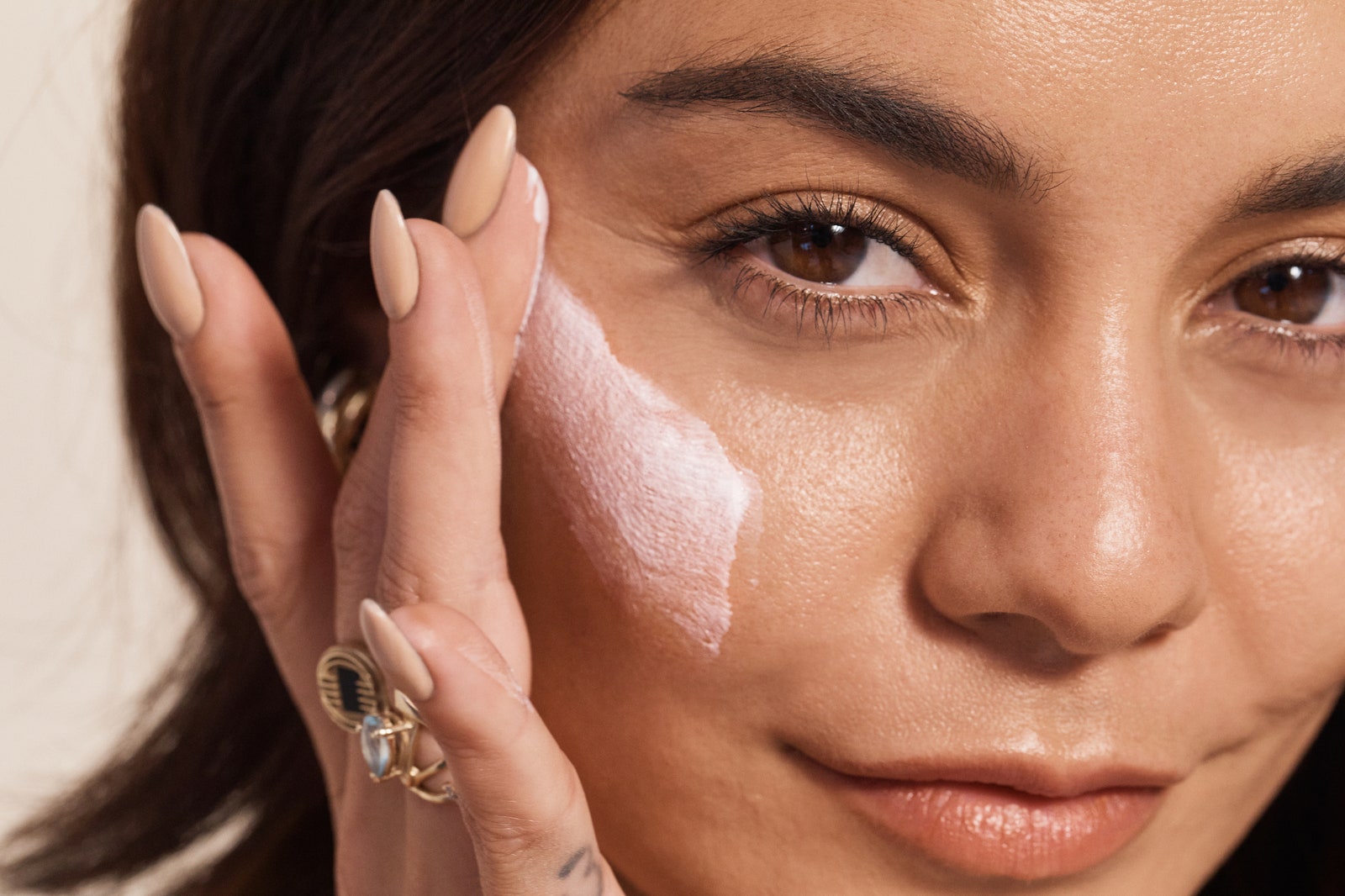 That being said, we're still on the fence about the need for DNA testing to curate the perfect skin-care routine but will keep our eyes out for more data to come. In the meantime, if you're not into spit swabs, Know Beauty also has an in-house skin-care line. Hudgens, Beer, and Khaga worked on formulating a roster of several different cleanser, serum, moisturizer, mask, and eye cream options that can be pieced together based on your results. Some highlights include the Glowing Collagen Mask, which is spiked with nourishing squalane and oat kernel extract, and the Clarifying Cleanser. Beer approves of the latter's pore-clearing alpha hydroxy acids (namely, glycolic and lactic), 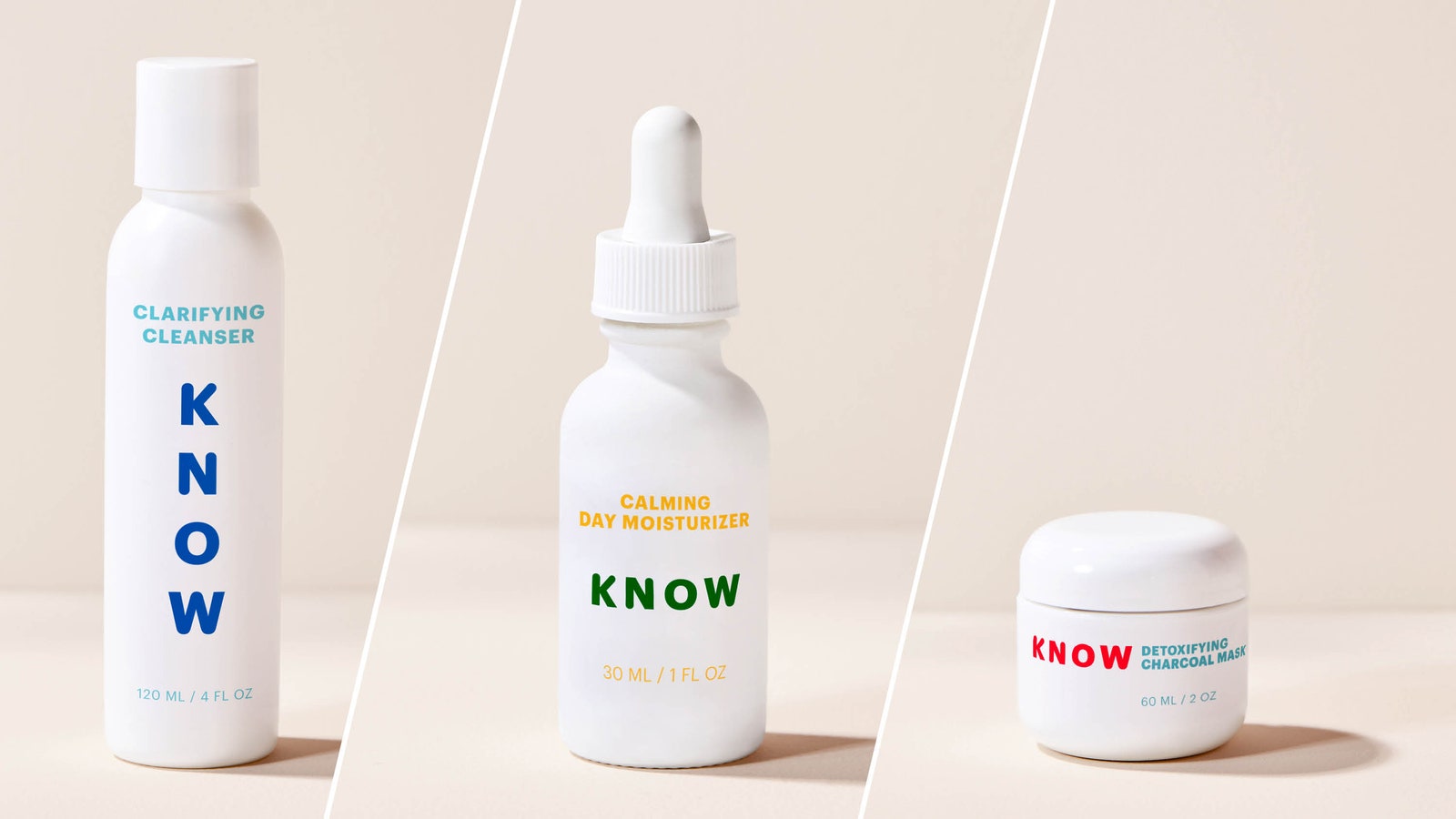 Despite our skepticism, Hudgens swears by the way Know Beauty takes the guesswork out of skin care, so take that as you will. "If I could go back in time and give it to my younger self, it would have saved me a lot of time, money, and frustration," she says.

You can order Know Beauty's DNA Kit now for $95 on knowbeauty.com. There, you'll also find its skin-care products, which range from $20 to $30.