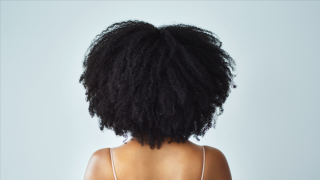 UPDATE (July 2, 2021 10:00 A.M. EST): July 3, 2021 is the second annual National Crown Day and the second anniversary of the signing of the Crown Act. To celebrate, Dove and the Crown Coalition are hosting the inaugural Crown Awards, which will “honor Black women paving the way with contributions to culture, community, entrepreneurship, entertainment and the advancement of Black beauty,” according to a press release from the coalition. This award ceremony, hosted by Tai Beauchamp, will honor those in sports, business, activism, and more.

Some of the night's notable guests and honorees include TikTok cooking star Tabitha Brown, former senator Holly J, Mitchell, the Nae Nae Twins, and the Curly Girl Collective. You can watch the first-ever Crown Awards on thecrownact.com, the Crown Act's Facebook page, or Dove's Facebook page on July 3 at 7 PM ET.