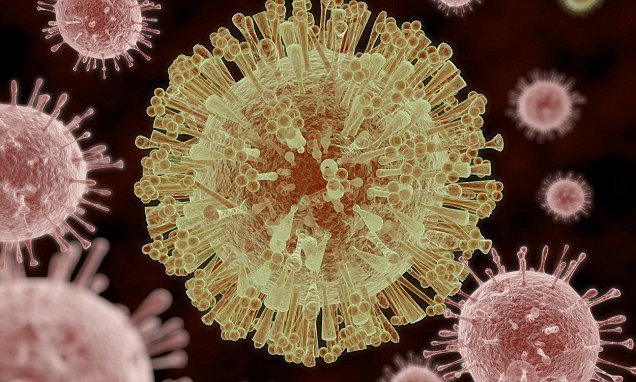 Zika virus could be a CURE for brain cancers that kill children, study finds

The Zika virus that causes devastating brain damage in babies could cure common childhood brain cancers, according to new research.

In experiments, the deadly bug destroyed two types of tumors that mainly affect children under five.

Brazilian scientists described the results as ‘spectacular’ after Zika injections completely cleared some mice of any trace of disease. 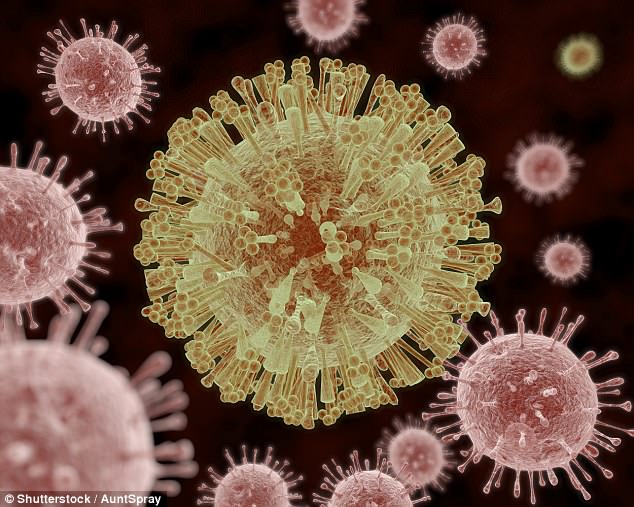 Zika stirred fear in pregnant women the world over when, beginning in 2013, an outbreak of the virus spread from islands in French Polynesia to South and Central America, Africa and Texas and Florida in the US.

Zika is a virus people can catch if they are bitten by an infected mosquito.

If bitten by an infected mosquito, a pregnant woman’s baby is vulnerable to develop microcephaly, a birth defect marked by an abnormally small head and brain.

Most people will have few or no symptoms, but the disease can pose a serious threat to babies in the womb.

Affected infants have been born with abnormally small heads and underdeveloped brains – a condition known as microcephaly.

The infection has been linked to severe birth defects in almost 30 countries.

The World Health Organization (WHO) estimates that as many as 30,000 people may have been infected, and at least 42 infants developed a debilitating neurological condition.

Although Zika is no longer ‘an international medical emergency’, the WHO says it is closely monitoring the infection.

But now, the new study’s results suggest that the same virus that can kill children may also save the lives of some fighting cancer.

The University of Sao Paulo researchers are already planning trials in children.

‘The peak incidence of medulloblastoma is in children aged four to five years. AT/RT has a higher incidence in even younger children, of up to two years old.’

AT/RTs are deadly, killing many children within a year of diagnosis. Survival rates are only improved by surgery to remove large portions of the brain.

Treatment options for those with medulloblastomas have improved, with 60 to 70 percent surviving the cancer, but chemo and radiation are still rough on the bodies of young children.

Even they work, the intense treatments may be damaging to the developing brains of the young children.

In 20 of 29 animals treated with the Zika virus on the other hand, the tumors shrank.

In seven of the animals – five with AT/RT and two with medulloblastoma – they disappeared completely.

In some cases, the virus also stopped it spreading by eliminating the secondary tumor or blocking its development.

In the study, published in Cancer Research, the tumor cells were modified to emit light with a scanner picking up a colored signal.

These images showed the evolution of the tumors after the injection of the virus.

Co-lead author Dr Mayana Zatz said: ‘We are going to have to handle the anxiety and not put the cart before the horse.

‘It is very important to start with two or three patients, and if it works, do it for a larger number.’

The preliminary clinical trial will involve mainly small children with the purified virus being administered in larger amounts and produced according to the good cultivation practices required for humans.

First author Carolini Kaid inserted the tumors in the mice and injected the Zika virus on the spot, under the supervision of Dr Okamoto. She then followed their evolution.

Making sure the virus is safe is crucial to getting the study findings to the clinical stage. In this regard, the results are promising.

Concentrations of one viral particle per ten cells were sufficient to infect and kill cells derived from AT/RT and medulloblastoma tumors.

In addition, the virus showed high specificity for this type of cells.

Dr Okamoto: ‘The virus did not infect tumor cells indiscriminately. It is quite specific for tumor cells of the nervous system.’

Nor did it infect already differentiated neurons, which is a very advantageous behavior if repeated in humans with a brain tumor.

During the 2015 Zika outbreak, hundreds of thousands of people were infected. Despite this, the majority of patients, children and adults, did not become unwell.

These observations are very important when assessing the risks and safety of a new treatment.

Dr Okamoto said: ‘There is a very positive outlook. But there is a path still to be pursued so that we can move safely into the clinical part.’

The virus was also tested in the lab on prostate, breast and bowel tumors, but had little effect.

These are the most common brain tumors in adults and one of the trickiest to treat. Radiotherapy, chemotherapy and surgery are often unsuccessful.

Medulloblastoma hit the headlines four years ago after eight year old Ashya King was struck down.

His parents were later jailed for abducting him from an NHS hospital to seek innovative brain tumor treatment abroad.

He has since been cured after undergoing the proton beam therapy in Prague.