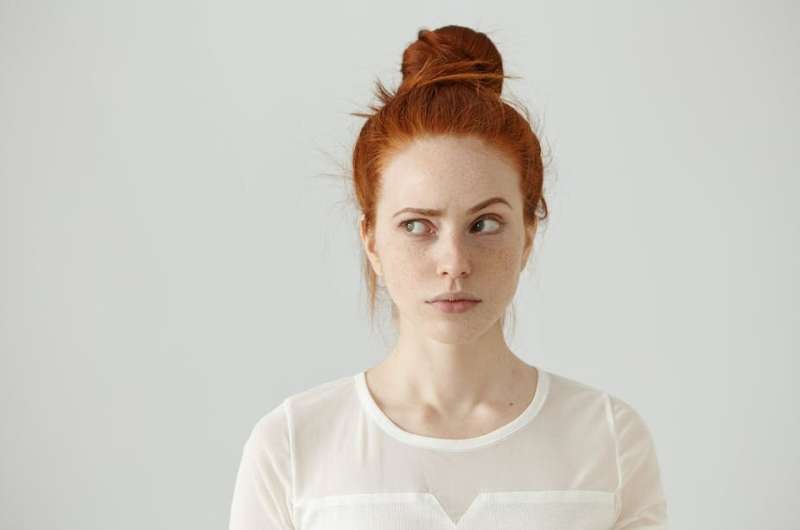 You’ve finally got an interview for your dream job. Dozens of applications, dozens of rejection letters—but now you’ve got a shot at the job you really wanted. In you go. Maybe you shake hands with the person who will decide your future, pour a glass of water to steady your nerves.

But what you don’t know is that none of this matters. The second your interviewer set eyes on you, they decided you looked so incompetent and untrustworthy that you would never get this job. Because unfortunately, they are one of a subset of people who new research shows have a disposition to judge extreme personality traits from just a quick view of a person’s face.

Look at the two faces below. Would you hire these people? Who looks more intelligent? Would you trust either person to watch your laptop in a cafe while you pop out to take a call? 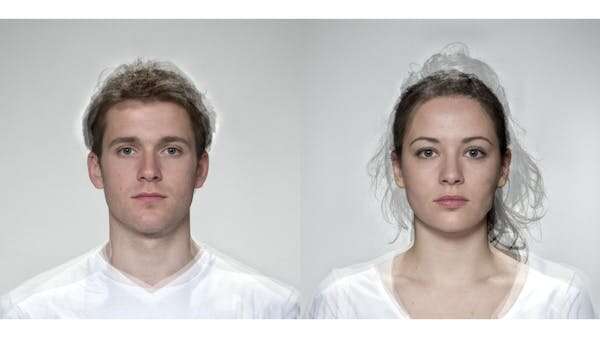 These images were created by psychologist Lisa DeBruine and colleagues. In fact they are composite images, with each one having been created by combining four different faces.

Even though these faces aren’t real, you may still have made a snap verdict about each composite person’s competence based on their facial expression and structure. We do this all the time. Even though the people in the images don’t exist, we still have projected traits onto them. Making quick judgments about how much we should trust someone, how dominant they are likely to be, or how intelligent they are can be useful estimates of personality.

But this can also, unfortunately, lead to stereotyping—for example, thinking that people with a particular physical characteristic must all be untrustworthy.

Recent work from researchers in Japan suggests something more worrying; that some of us have a disposition to draw drastic conclusions about the traits and personalities of others based solely on facial appearance.

In a series of online studies with more than 300 participants, Atsunobu Suzuki and colleagues found what they call “face-based trait inferences” (FBTIs). Basically, subjects made a series of personality judgments having taken a brief look at someone’s face. While everyone makes FBTIs to some degree, they found that some people only make extreme judgments (both positive and negative). This held even when the age, sex and ethnicity of participants were controlled for.

Imagine seeing a certain type of face, perhaps with hard eyes and masculine features, and immediately getting the impression the person is extremely untrustworthy. Or that someone with more feminine features and larger eyes is incompetent. As Suzuki and colleagues say, this is problematic indeed.

Face up to the problem

We already know unconscious bias is rife in decision-making about new hires. A 2018 study sent separate versions of almost identical CVs to apply for 50 different jobs. The only difference was the name on the CV: Adam Smith on one and Ravindra Thalwal on the other. Ravindra received about half of the responses compared with his more traditionally British sounding doppelgänger.

One of the leading figures in first impression research, Alexander Todorov, tells us these snap judgments are predictable but usually inaccurate. And we also know that first impressions are usually hard to shake. So this could mean the wrong people are frequently being hired for jobs.

You can design unconscious bias training for prejudices against other physical characteristics such as race, gender and weight. But face-ism seems to be a stereotype that crosses ethnicities, the sexes and physical appearance.

One solution could be to make people aware that they exhibit extreme FBTIs by taking a test similar to the Suzuki experiment. Research has shown that being made aware of your biases can lead to a change of mindset in the short term, but people need extra interventions periodically to make any real behavior change last.

Maybe just making someone aware that they make extreme personality judgments based on facial appearance will be enough to pull the unconscious bias into the conscious. We’re certainly going to have to try; otherwise you might yourself be a victim of face-ism in the future.

Provided by
The Conversation

This article is republished from The Conversation under a Creative Commons license. Read the original article.