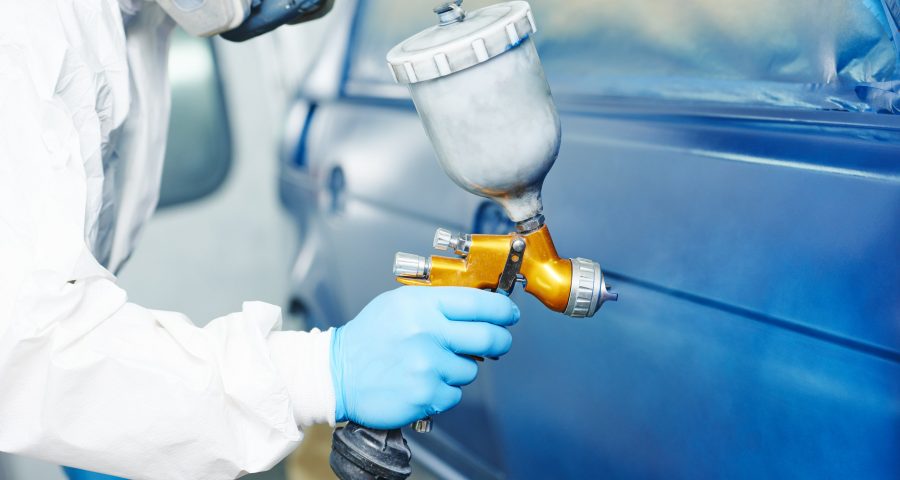 The health effects associated with occupational exposure to solvents have long been recognised. But despite greater health and safety awareness in general, our research suggests that workers from some industries are still at risk.

Several studies have shown both acute (short-term) and chronic (persistent) effects, particularly on the central nervous system, in workers exposed to solvent mixtures. The symptoms include problems with mood, memory, concentration and dexterity.

In New Zealand, it has been estimated that 100,000 people are exposed to solvents at work. In our research, we investigated the impact on spray painters and panel beaters. We found that although their average exposure to airborne solvents was generally compliant with workplace standards, they reported more symptoms than other blue-collar workers.

Workplace conditions in the vehicle collision repair industry have most likely improved over the past decade internationally, and solvent exposures have declined as a result. However, very little research has been conducted in the past 10 years, and it is not clear whether the improvements have reduced the risk of neuro-behavioural (brain and nervous system-related) effects in workers.

Workers in the collision repair industry use large quantities of solvents. In our study, we assessed solvent exposures and brain health in 370 spray painters and panel beaters, as well as a reference group of 215 construction workers with low or no exposure to solvents. Workers from 175 workshops took part.

Information on work history, use of solvents and brain symptoms were collected by questionnaire for all workers, and a smaller group also completed tests of cognitive function, which measured brain functions such as short-term memory, ability to concentrate, problem-solving speed, and reaction time.

The risks were highest for neurological symptoms (including trembling of hands, tingling in arms and legs, dropping things by accident), mood (short temper, irritability) and memory and concentration problems.

The results of the cognitive function tests were similar to those of the questionnaire survey. Collision repair workers scored lower than construction workers on tests measuring attention and concentration, problem-solving speed, reaction time and motor (hand movement) speed.

Organic solvents include a wide range of chemicals that all share the ability to dissolve substances not usually soluble in water, such as fats and oils. Hundreds of millions of tonnes of solvents are produced each year globally and used extensively in a wide variety of domestic and industrial applications. Commercially they are used in large quantities in chemical, paint, plastic, and rubber production and processing industries.

The fact that airborne solvent levels in the collision repair industry were low suggests that skin exposure may be more important. Many solvents, including those used in vehicle repair work, can pass through the skin and into the body, but these exposures could not be measured in this study. We found that the use of personal protective equipment such as respirators and gloves strongly reduced the risk of symptoms, and that glove use was most protective.

In particular, frequent use of both a respirator and gloves reduced the risk of symptoms by up to 90%. Using air-fed respirators (instead of cartridge masks), changing charcoal cartridges frequently, and not washing hands in solvents were also associated with a lower risk of symptoms.

Studies in Europe and the US have shown car spray painters, and workers from other industries (e.g. industrial and dockyard painters, printers) are at an increased risk of neurotoxic effects, and we now know that New Zealand workers may also be at risk.

The next stage of our research is to conduct an intervention study, in which a program of exposure controls will be rolled out in several collision repair workshops. This will involve improvements to extraction and ventilation, improved use of protective gear, and worker training.