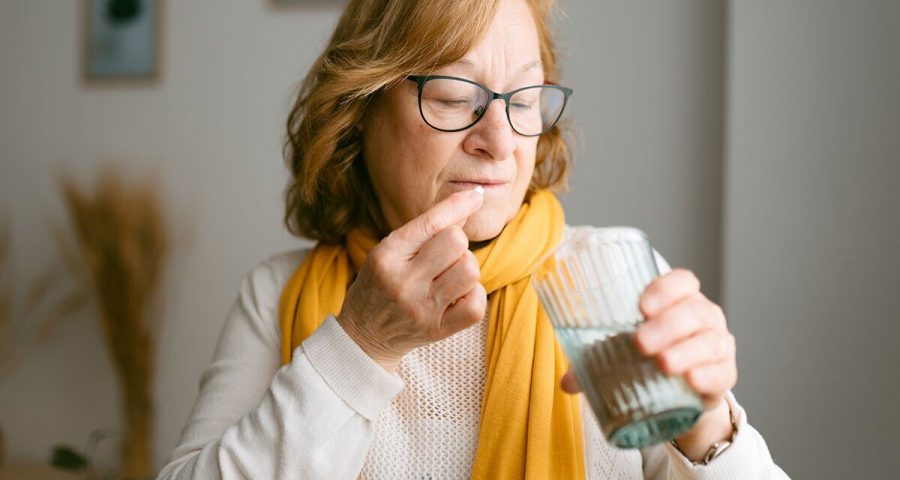 Unlike subcutaneous fat, which is found directly under the skin, visceral fat is stored deep in the belly. A certain amount of it is necessary as it protects and insulates vital organs. But an excess of visceral fat has been linked to many health problems such as diabetes and even cancer.

Some of the main causes of a build up of visceral fat include eating fatty foods and not getting enough exercise.

Ashley Bannister, a coach for weight loss specialists Noom, explained: “There are many things that tend to contribute to visceral fat.

“Foods that tend to cause more visceral fat include foods high in trans fat (like commercial baked goods, foods that might contain vegetable shortening, some varieties of microwaveable popcorn, fried fast foods) as well as foods high in refined sugars (like sugary beverages, bakery products and white bread).

“Additionally, alcohol in excess can promote visceral fat. In order to reduce visceral fat, eating a well balanced diet that is low in trans fat is important.”

She also recommended adding two supplements to your diet to promote weight loss.

“Calcium and vitamin D (either through food or supplements) has been associated with lower amounts of visceral fat,” Ms Bannister said.

“You can get calcium from food sources such as non-fat milk, non-fat Greek yoghurt, as well as leafy greens like spinach and kale.

“Vitamin D can be found in fatty fish such as salmon and tuna, egg yolks as well as foods that are fortified with vitamin D such as dairy products and some cereals.”

What does research say?

This was backed by a study, published in the American Journal of Clinical Nutrition in 2012.

As part of the research 171 participants were randomly assigned into one of four groups.

The study said: “After 16 weeks, the average weight loss (-2.45 kg) did not differ significantly between groups.

“In the regular orange juice trial, the reduction of visceral adipose tissue was significantly greater in the calcium and vitamin D group than in the control group.

“The effect of calcium and vitamin D on visceral adipose tissue remained highly significant when the results of the two trials were combined.”

It concluded: “The findings suggest that calcium and/or vitamin D supplementation contributes to a beneficial reduction of visceral adipose tissue.”

To know exactly how much visceral fat you have requires imaging tests.