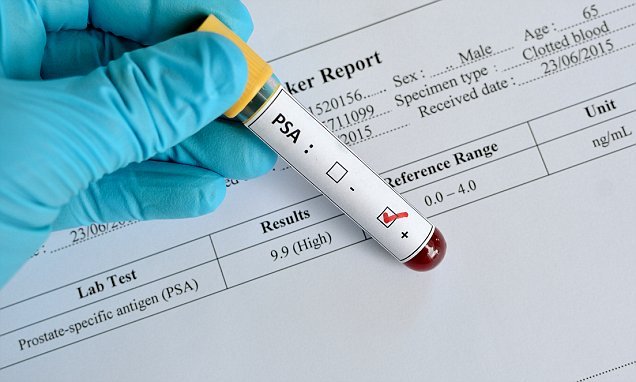 A blood test for prostate cancer could eliminate the need for almost half of biopsies, scientists have claimed.

Able to better distinguish between slow-growing and aggressive cancer, it removes the doubt which forces many men to undergo a painful biopsy.

US researchers came up with the potential replacement for the unreliable PSA blood test currently used on the NHS. 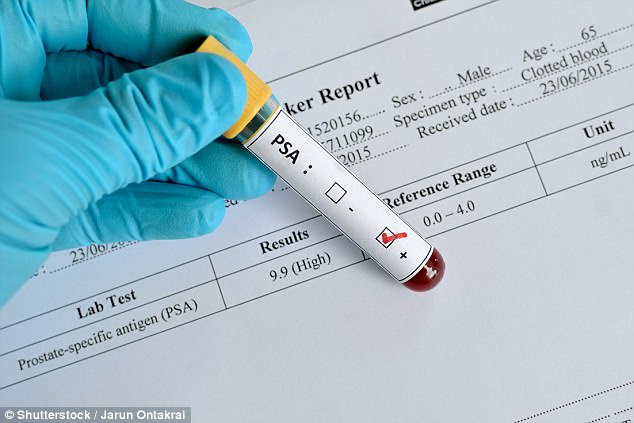 The PSA blood test is currently used on the NHS, which can be wrong three out of four times 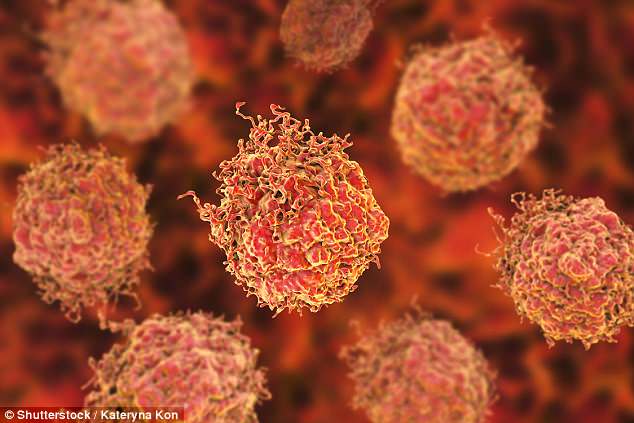 Prostate cancer cells. The new test can prevent up to 47 per cent of biopsies

This can be wrong three out of four times, as the raised levels of PSA protein it detects can also mean an enlarged prostate or slow-growing – and low-risk – cancer.

The new test picks up proteins similar to PSA which have been altered by cancer. In two trials with 384 men, it prevented up to 47 per cent of biopsies which would have been needed after a PSA test.

Biopsies are used to confirm a prostate cancer diagnosis, but cause pain, bleeding and a raised risk of blood infections.

The current recommended test for prostate cancer is a PSA test followed by an MRI scan, although the scan is not yet available in every part of Britain.

Dr Eric Klein of Cleveland Clinic, who led the trials presented at an American Urological Association conference, said: ‘This is an advance over existing tests and our ability to accurately predict the presence of higher-grade cancers so that we can avoid biopsies in men at lower risk.’

And Dr Iain Frame, director of research at Prostate Cancer UK, said: ‘These results are a promising step forward but it’s a small-scale study and we’d need to see the test used on many more men before any conclusions can be made.’