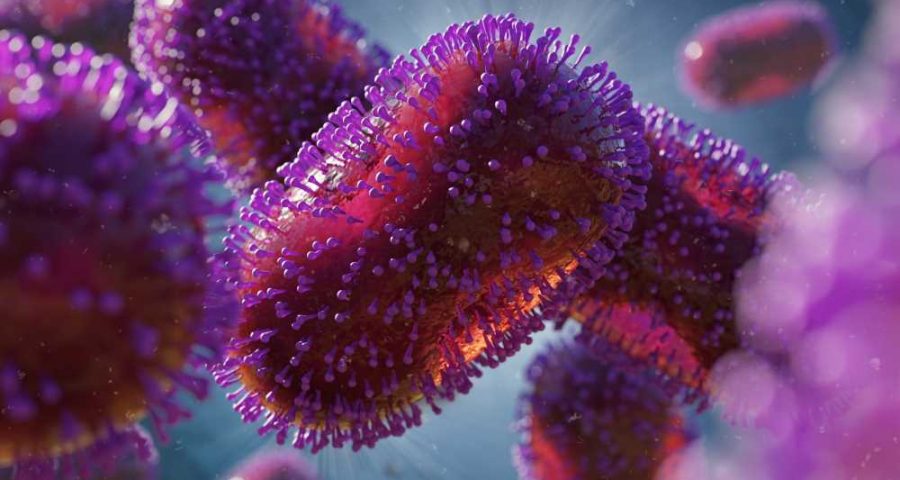 In a recent study posted to the medRxiv* preprint server, researchers investigated whether undetected human monkeypox virus (hMPXV) transmission occurred before the first documented MPX case in Rotterdam and Amsterdam.

The first hMPXV case was documented in Amsterdam on May 10, 2022, and in Rotterdam on May 19, 20222. Since then, MPX has affected several individuals across the globe. However, the potential prior transmission of hMPXV among Dutch individuals is unknown. Analysis of prolonged unidentified hMPXV transmission could improve the understanding of the dynamics of the ongoing 2022 MPXV outbreak and guide policy-making and intervention development to reduce the health burden of MPX.

In total, 401 anorectal specimens and ulcer specimens obtained from males who have sex with male (MSM) individuals visiting the Centers for Sexual Health (CSH) of Rotterdam and Amsterdam dated back to February 14 were analyzed. The CSH regularly obtains the anorectal specimens for Ct (Chlamydia trachomatis) and Ng (Neisseria gonorrhoeae) testing. In contrast, ulcer specimens are obtained for VZV (varicella-zoster virus), Tp (Treponema pallidum), and HSV (herpes simplex virus)-1, -2 testing. All specimens were preserved for four months.

Quantitative polymerase chain reaction (qPCR) analysis was performed between 14 February and 9 to detect hMPXV in the specimens. Participant data obtained from their electronic files were de-linked before the hMPXV testing reports were available. As cut-off points, the team used in retrospect the day before the initial presentation of an identified MPX case in Rotterdam and Amsterdam, May 18 and May 9, respectively.

At Rotterdam CSH, anorectal specimens of MSM individuals, regularly obtained for Ct or Ng testing, and ulcer specimens obtained for VZV and HSV-1, -2 testing between 1 April and 18 May 2022, were subjected to hMPXV testing. The team detected hMPXV by quantitative pan-orthopoxvirus PCR analysis followed by whole-genome sequencing or using an MPXV-specific target. Further, phylogenetic analysis was performed using GenBank sequences available and subsampling methods.

Sequences of the hMPXV-positive Amsterdam MSM individual were identified to be IIb (B.1) clade sequences and were closely related to global hMPXV strains. The hMPXV-positive Rotterdam resident sequences could not be analyzed due to insufficient deoxyribonucleic acid (DNA). The two hMPXV-positive cases were identified in a period (at the end of April 2022) coinciding with that of initial MPX case documentation in Spain (26 April), Portugal (29 April), and the United Kingdom (UK, 21 April). On average, hMPXV incubated for nine days in cases diagnosed in the Netherlands.

No evidence of widespread hMPXV transmission in Dutch MSM sexual networks was found before May 2022. It is most likely that the expansion of the Dutch hMPXV outbreak across Europe occurred in a small timeframe during the spring season of 2022 among MSM individuals actively engaged in sexual activities.

Overall, the study findings showed no indication of extensive undetected hMPXV transmission among MSM individuals residing in Rotterdam or Amsterdam before May 2022. The study findings concordant with those of other European cities and underpin a clonal global hMPXV outbreak in the spring season of 2022.

Dr. based clinical-radiological diagnosis and management of oral lesions and conditions and associated maxillofacial disorders.